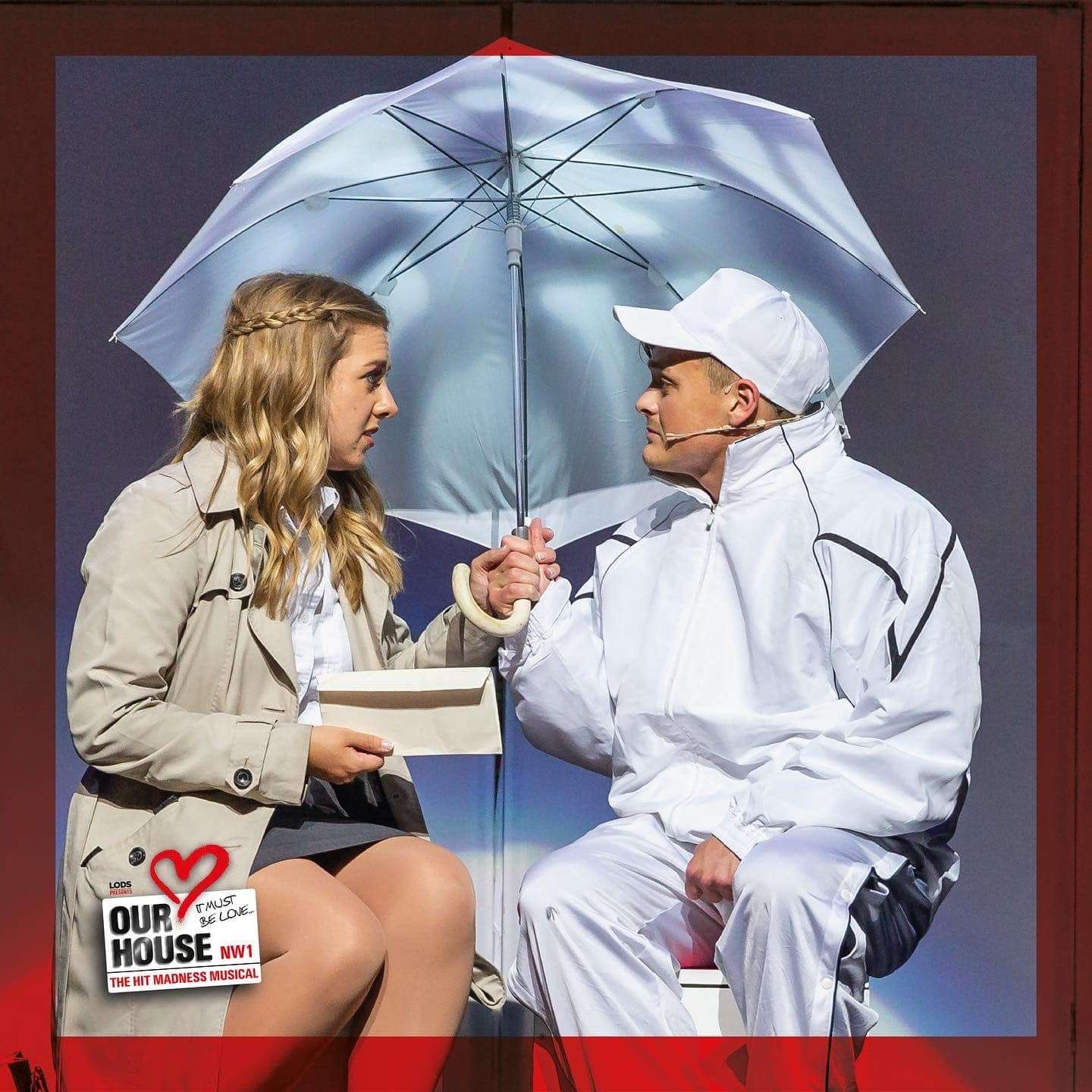 As a fan of the group Madness because their songs have such clever lyrics and energetic tunes, I was looking forward to seeing LODs ( Leigh Operatic)  production of Our House  and I wasn’t disappointed.  The songs are so catchy and upbeat, with lyrics that are just aching to be used in a musical.

As soon as Our House begins with the eponymous song, it is a wham bang opening.  The stage is full of young people clearly enjoying themselves, providing high-octane ensemble singing and dancing, making the audience start clapping along.

Unlike many jukebox musicals, the story of this show is clever and moving with witty dialogue. The songs are woven around the story of Joe Casey who lives two lives, like a sliding door.  We see the different lives he is leading as Good Joe and Bad Joe.  James Cohen, who is rarely off the stage, unless dashing off to change into the black or white version of himself, plays Joe. He definitely masters the art of the quick change and held the stage throughout.

Alex Carter as Joe’s friend Lewis is particularly energetic, bouncing around the stage.

All the songs are there, Baggy Trousers, Driving in My Car, My Girl, Wings of a Dove, etc. and the musical even manages to get a Night Boat to Cairo in as a Las Vegas wedding with Pharaohs and Elvis lookalikes.  As well as the upbeat songs, there is also the quiet numbers such as NW5, beautifully delivered by the girlfriend Sarah (Rebecca Wallace) and It Must be Love.  Although a hit for Madness, the latter is actually a Labi Siffre song

It is a clever idea by the writer Tim Firth, to provide a narrator in song using the dead father (Peter Brown) who has wasted his life.  The sung narration is part of the reason that the show works so well as a musical. Add in the fantastic choreography by David Gillett, and the show is exuberant and energetic, with great ensemble playing.  Our House the musical is an obvious hit. All the dance numbers are very colourful and effective.  I was particularly impressed by the routine for The Sun and the Rain when the cast suddenly switched from coloured to black costumes obtaining a well-deserved round of applause.

There is some very clever lighting effects involving silhouettes of running men, and although it is a minimalist black and white set, the scene changes involving stacked boxes are particularly effective.

Full marks must go to the director Drew Seal working with a large cast of young people on a stage with a terrible rake, and the conductor Stuart Woolner, who is energetically in charge of the music.

Our House succeeds as a masterclass in jukebox musicals. A clever story, with catchy music combined with a talented cast of young people, bursting with energy makes this show one not to miss.  It continues until Saturday 14 May 22, so buy your tickets now. 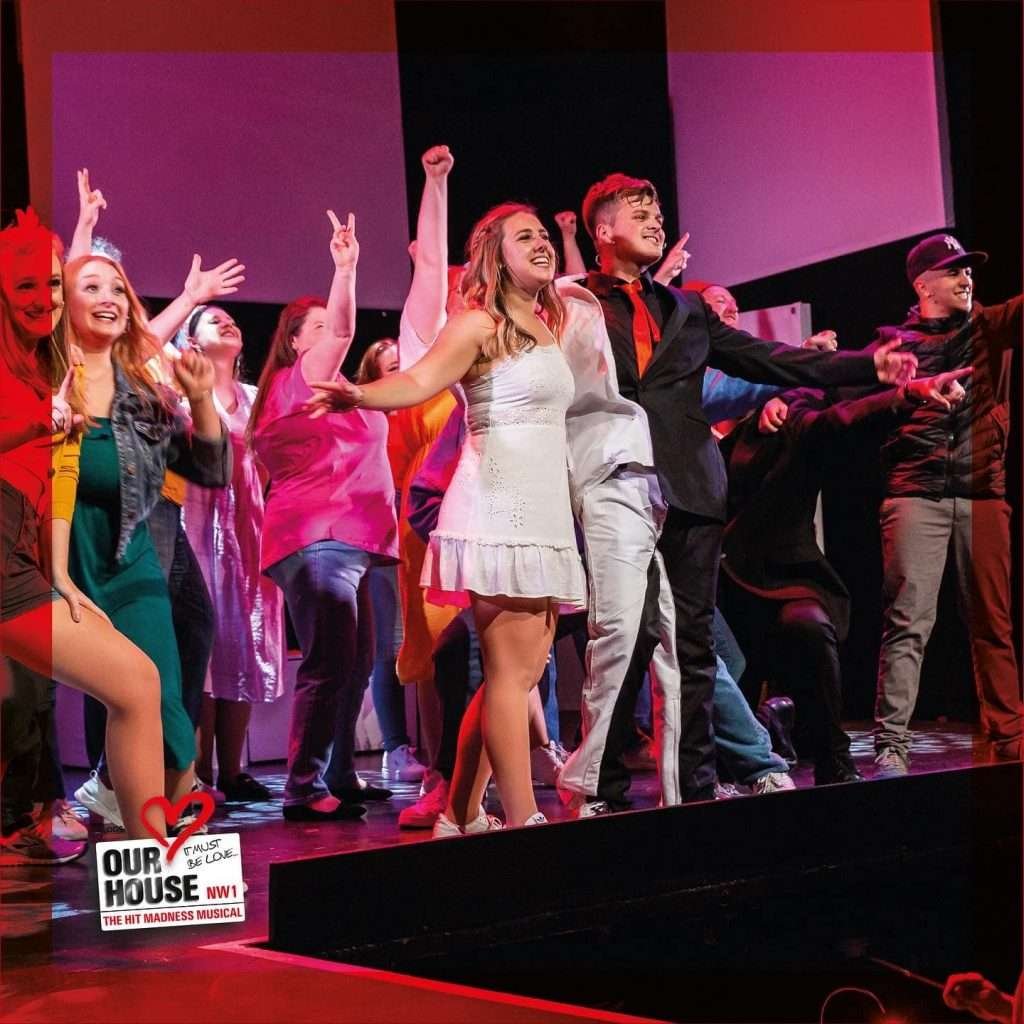 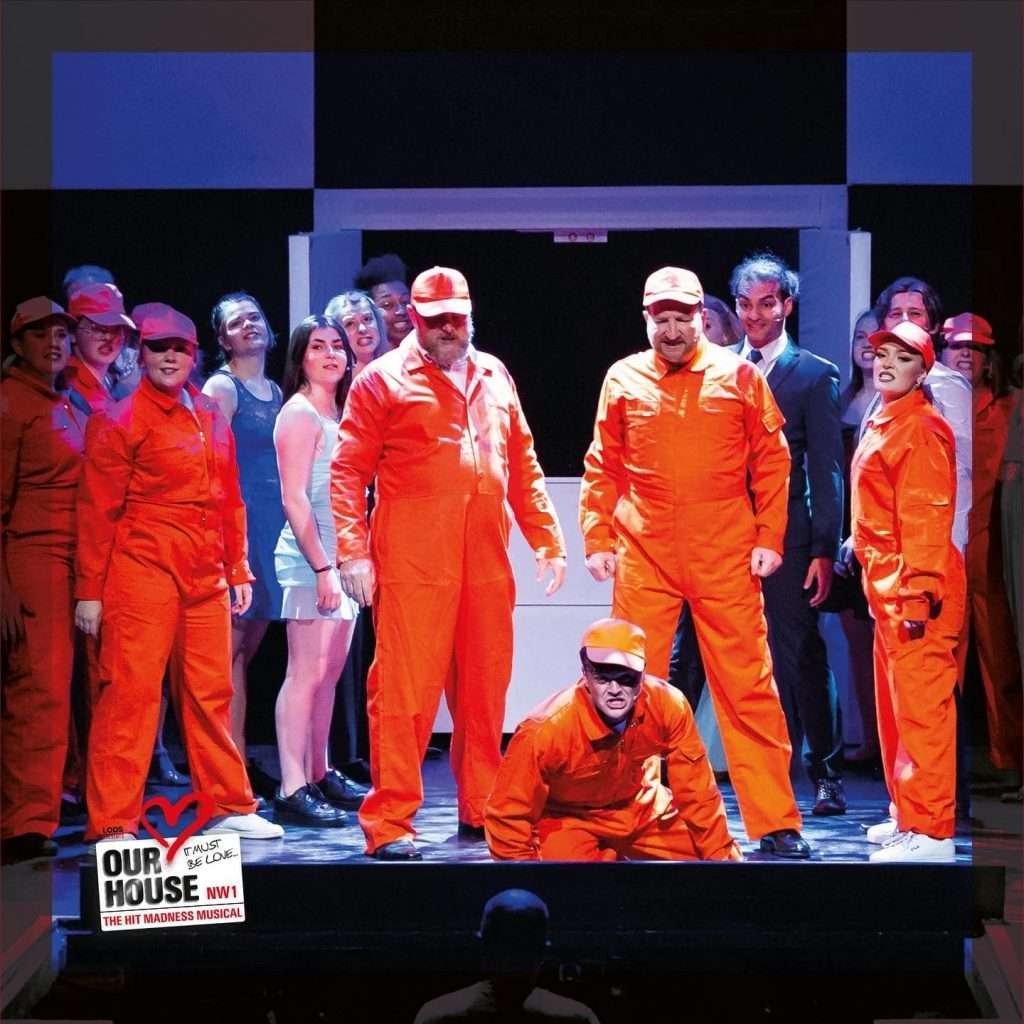 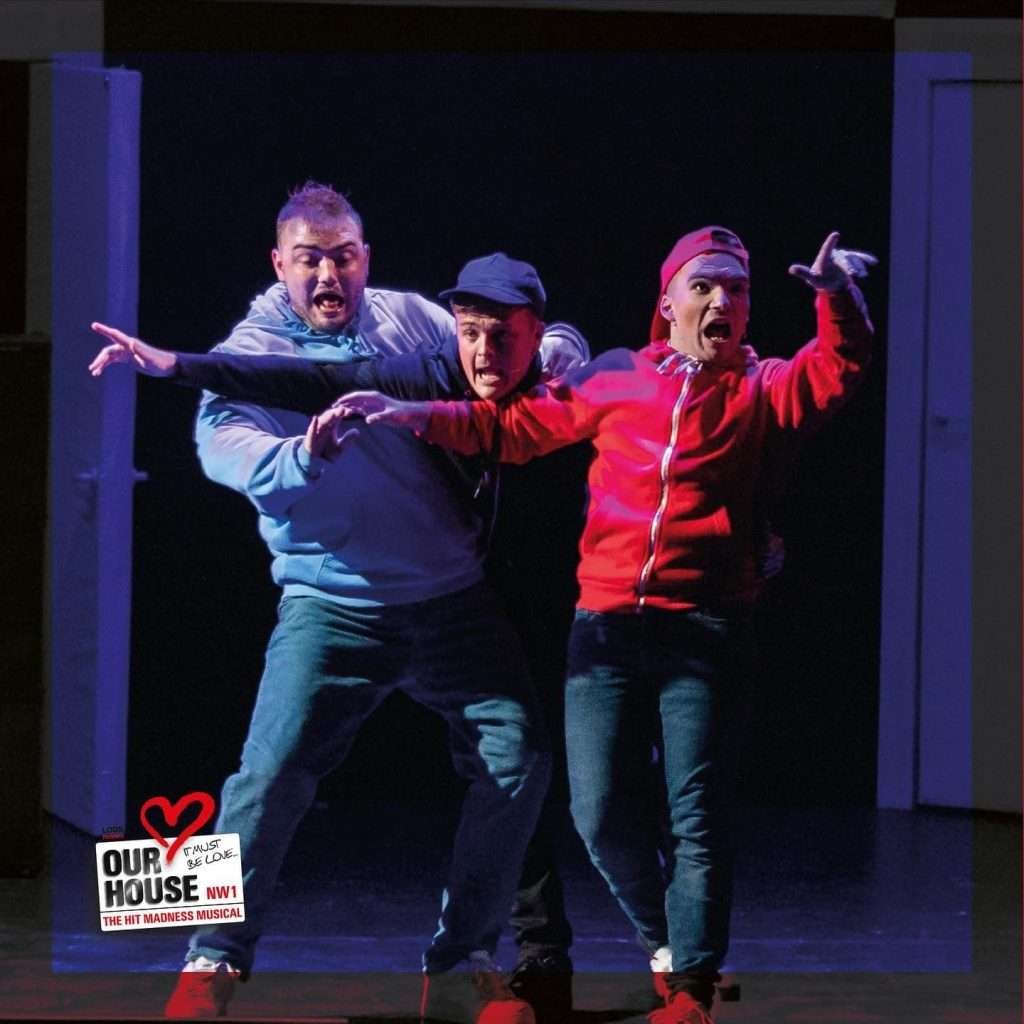