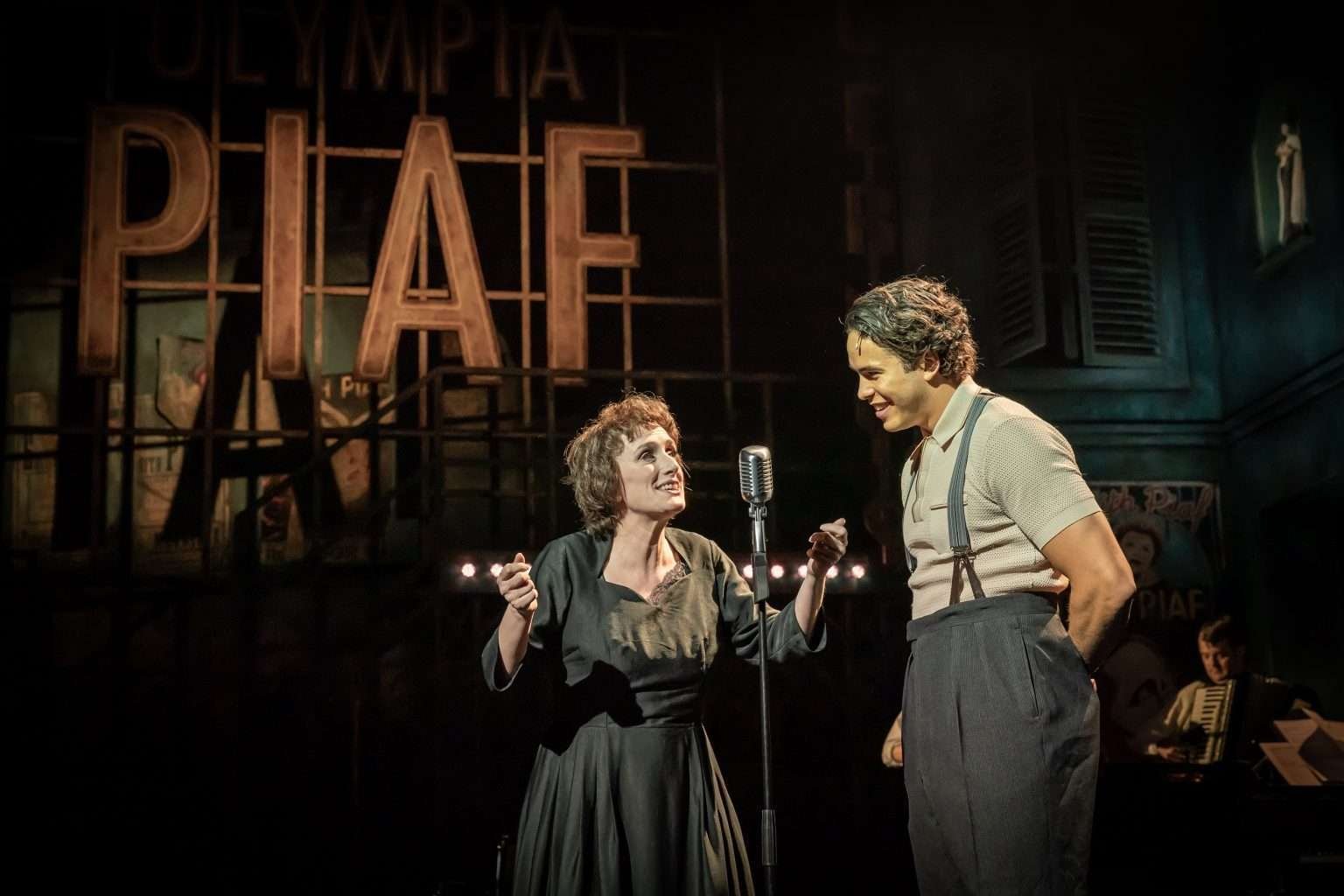 There´s much to enjoy in Pam Gems´s musical theatre biography of Edith Piaf although, set on a big stage, and presumably rehearsed with social distancing it sometimes feels a bit remote.

Piaf´s life story is pretty well known and Gem leans quite heavily on the motherless childhood and youth in her grandmother´s brothel, her work as a street singer, an international career and and many men. Of course she was vulnerable and pitiful and her short life – 47 when she died in 1963 – was tragically bedevilled by alcohol, drugs and personality flaws.

Adam Penfold directs an ensemble of nine which includes several accomplished actor musos so that the music, with MD Gareth Valentine on stage at the side on piano, becomes a seamless part of the action. And there are, naturally, a lot of songs.

A show with a lot going for it then but there are problems. There is always a difficulty when you try to present very famous, distinctive people in a theatrical way – Kenneth Williams, Frankie Howerd, Margaret Thatcher for instance – because we all know exactly how they sounded and looked. Laura Pitt-Pulford us a talented actor-muso and good in other roles here but she does not cut the mustard as Marlene Dietrich. And sadly Jenna Russell – although her acting is at masterclass level especially at the end – hasn´t quite got Piaf´s gravelly, sexy, vocal pathos which so many people found so captivating for so long. It requires, therefore, an effort of imagination to understand what the fuss what actually about.

There´s some sensitive work from Louis Grant as Theo Serapo who fell in love with Piaf and looked after her lovingly at the end of her life. And Sally-Ann Triplett is raucously, outrageously entertaining as Piaf´s old friend Toine.

All Piaf´s famous songs were, obviously, sung in French when she preformed and recorded them. In this show there is a mixture of French songs with passages of English. And all the dialogue, some of which seems a bit forced and unnatural, is in English with Russell using earthy street speak. This feels a bit odd when she then sings in French and none of the French in this show sounds convincingly like anyone´s first language.

Nonetheless it´s a strong story and a moving piece of musical theatre which certainly worth seeing. 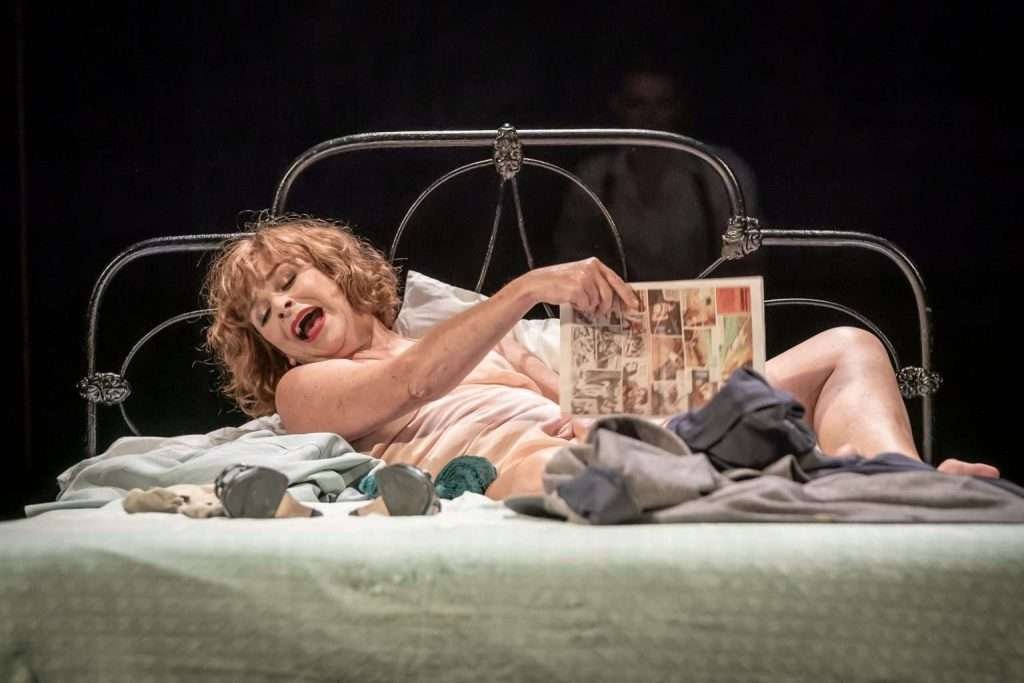 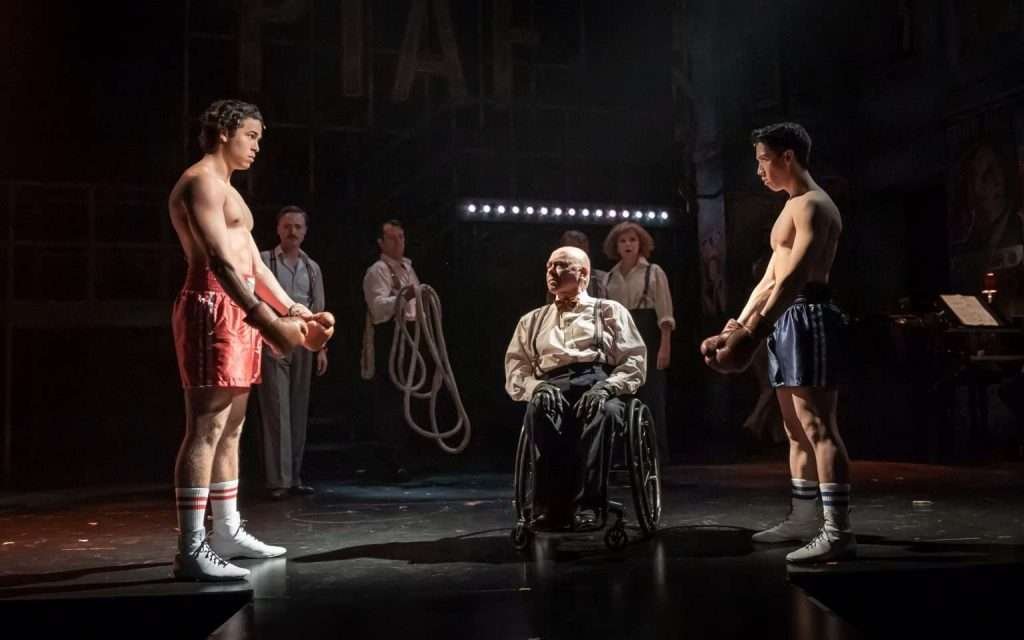 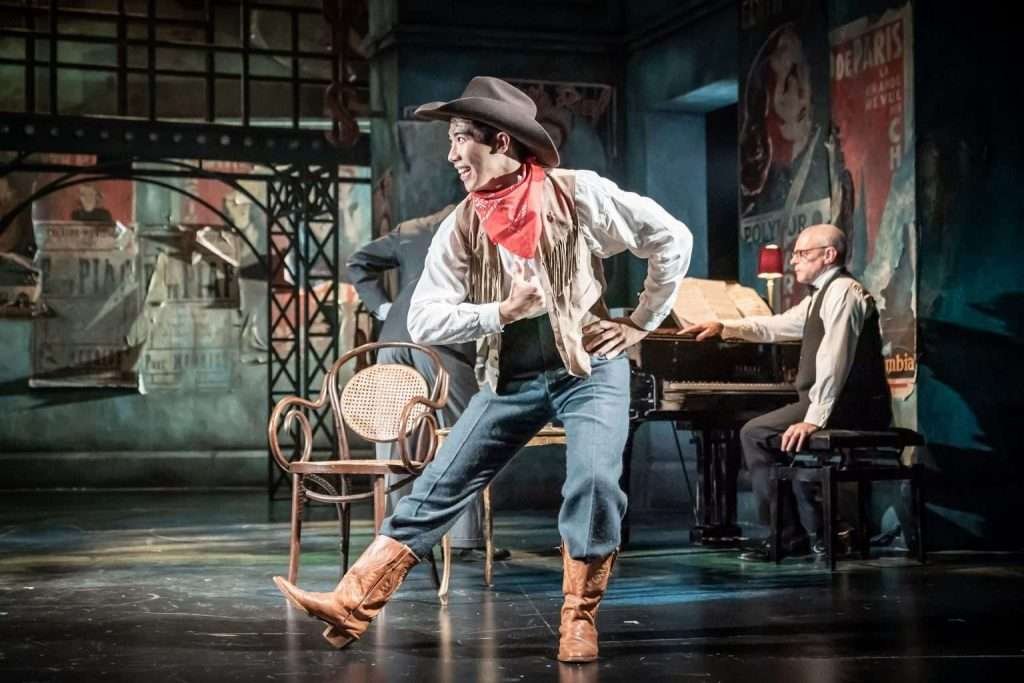 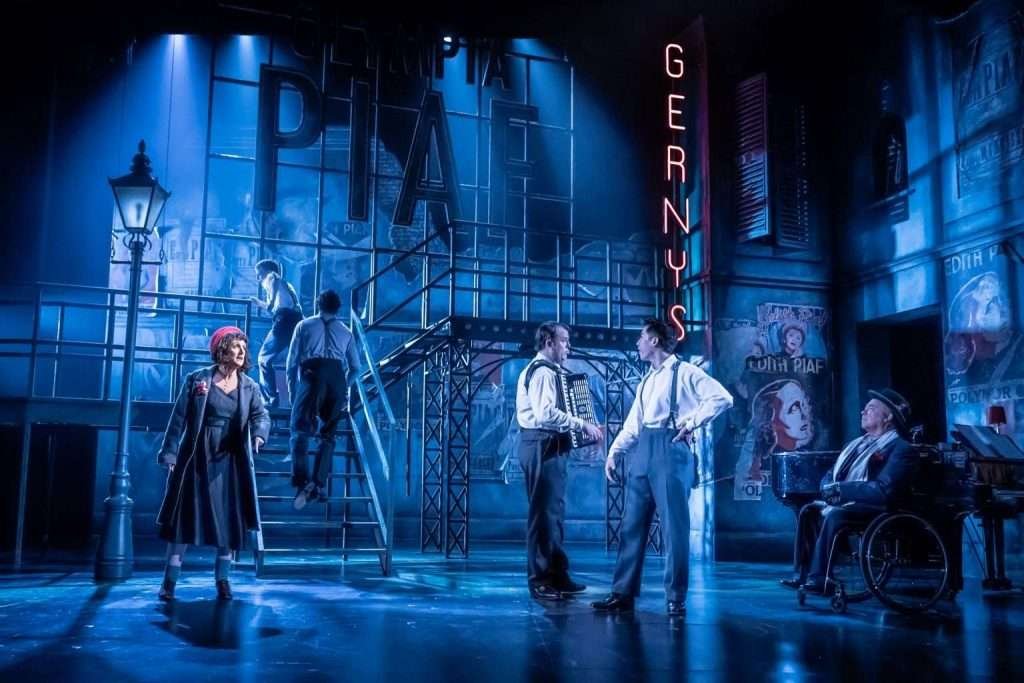