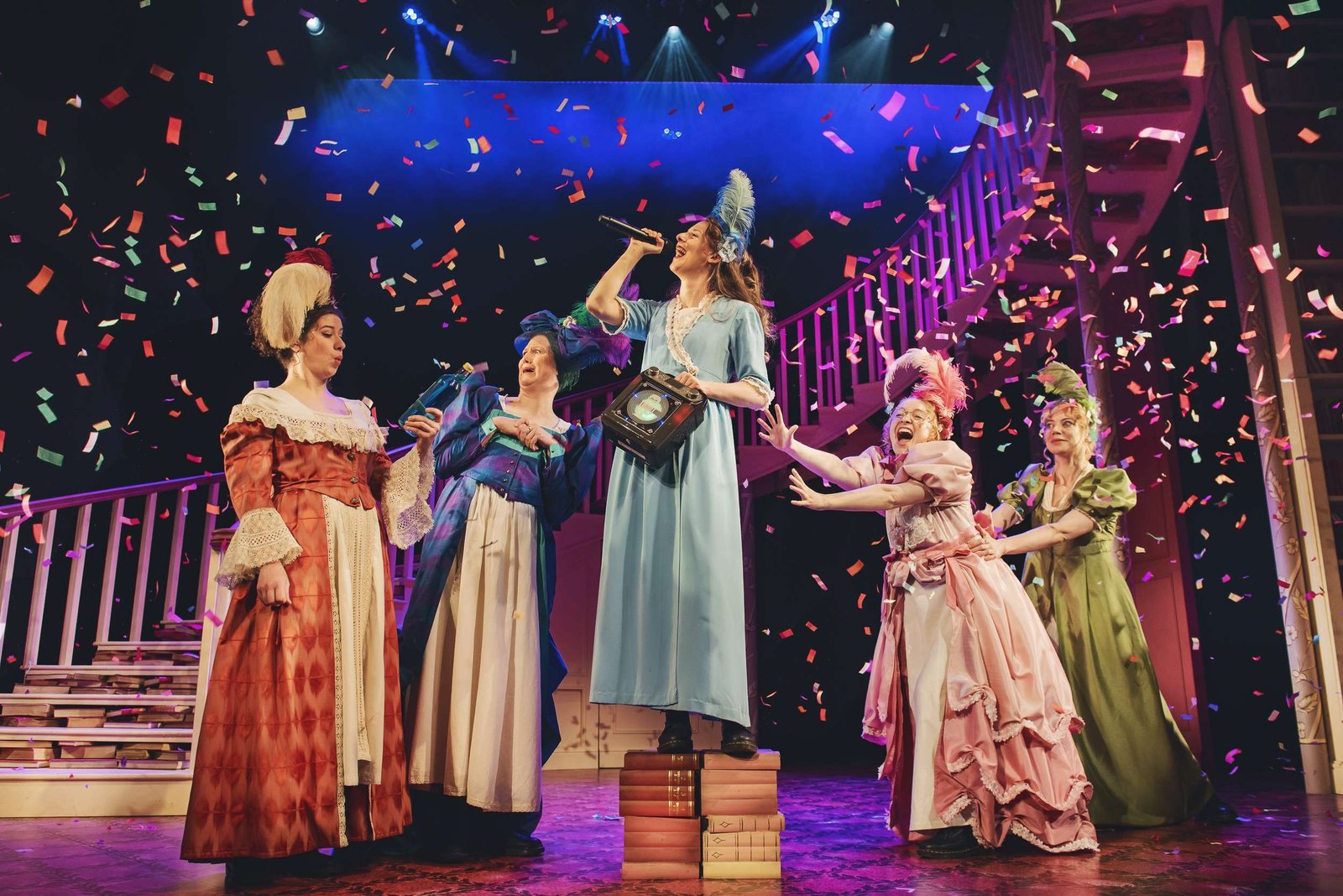 It’s quite a compliment that there have possibly been more adaptations of Jane Austin’s classic 1813 novel, Pride and Prejudice, than there are musicals in the West End – not least the story’s modernisation in the ever-popular Bridget Jones’ Diary in 2001. Now, the West End is playing host to another adaptation, courtesy of writer and director, Isobel McArthur, Scotland’s Tron Theatre (the venue which originally commissioned the piece) and David Pugh Productions (the West End producer).

Pride & Prejudice* (*sort of) is named as such because the all-female cast take the roles of five servants (the same number as there were Spice Girls – girl-power!) who proceed to dress up, double up and play out Austin’s story plus, in the process, highlight the struggle of the female gender – unable to inherit any financial assets, and only equal of the same legal rights as children. It was indeed a man’s world, hence the need for Mrs Bennet to find husbands for her five daughters to avoid destitution.

In addition, McArthur’s breakneck and funny adaptation, which has its roots in Scotland, features many laughs as well as various modern musical interludes such as Holding Out for a Hero and You’re So Vain – which are both performed with sublime relevance.

Isobel McArthur plays Darcy and Mrs Bennet alongside Tori Burgess as Lydia and Mr Collins, Christina Gordon as Lady Catherine de Bourgh and Jane, Hannah Jarrett-Scott as Charlotte Lucas and Charles Bingley and Meghan Tyler as the hard-to-snag Lizzie Bennet. I loved how Mr Bennet is represented by a mere newspaper and the back of a chair, never to be seen or heard… except for a brilliant puff of rising cigar-smoke in Act II.

The show is a wonderful introduction to the early 19th Century and Austin’s world. However, there are several jokes which only work if you’re already familiar with other famous adaptations such as the BBC’s 1995 TV production. When Colin Firth famously emerged from a lake dripping wet and wearing a clinging white shirt, McArthur’s Darcy is quizzed why he(she) hardly looks wet at all!

It’s all a lot of fun and was topped off with Champagne and (vegan) wedding cake on Tuesday night… as you would expect. 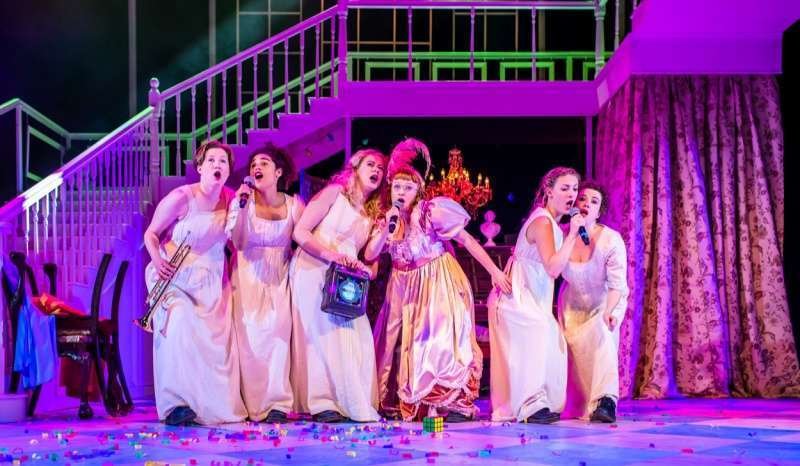