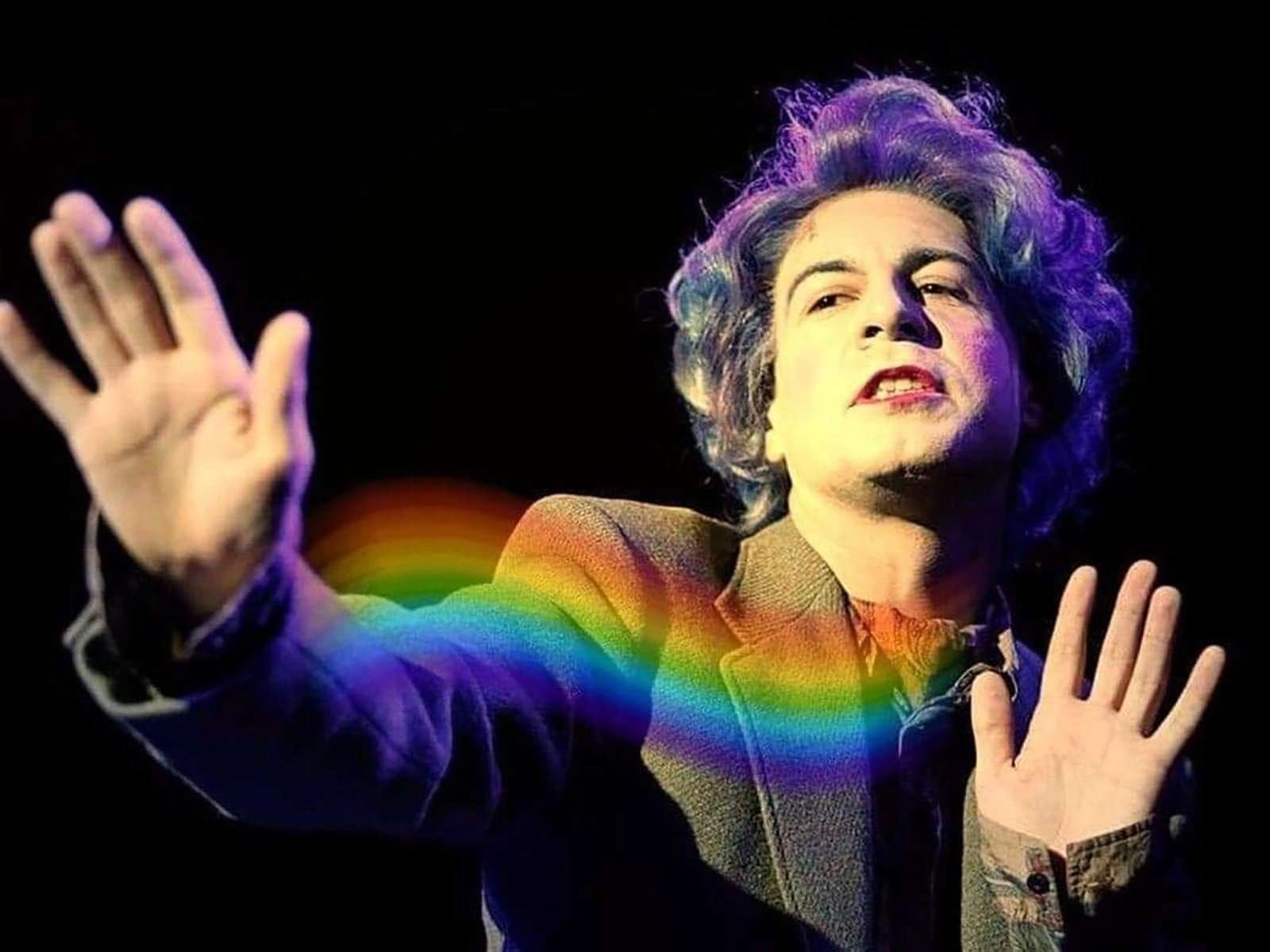 This was the 140th performance of Mark Farrelly’s moving, hilarious sensitive 2013 play about that most flamboyant of gay men: Quentin Crisp.  I liked Farrelly’s two hander Howerd’s End last year and admired his acting, but this post-Pandemic revival of the earlier show is glitteringly good.

Crisp, of course, beneath the outrageous banter and the witty one liners was a deeply troubled man never allowed to be himself. And it’s that poignant  ambivalence which Farrelly nails exquisitely both as playwright and actor.

The play – modelled on the shows Crisp did in New York once he’d become famous – falls into two halves. At first Crisp acts out and tells the story of his own life, including his brief career as a rent boy, living in a squalid (“after four years the dust doesn’t get any worse”) bedsit and, always dressed like a bird of paradise, being the victim of frequent homophobic attacks. Farrelly has the young Crisp’s voice perfectly – measured, effeminate and rising to a sing song high note in almost every sentence. He also hops briefly in and out of other roles when he’s describing an incident.

Then the lights dim and Farrelly changes into more formal, louche but fairly conventional clothes and a grey wig. Now we’re in New York and the older Crisp is entertaining an audience and answering questions with, by how, well practiced wicked punchlines. The voice has matured and is slightly more even now. The care with which Farrelly has observed these subtleties is awe inspiring.

Watching him is like being present at an acting masterclass not least because he has to work the audience sometimes with a moment of ad-libbing because at Crazy Coqs at Zedel Brasserie where I caught this show, the audience is seated very close at tables, cabaret style. There was also an audience incident at the performance I attended which Farrelly dealt with expertly before moving on.

Five stars indicates that this is an unmissable show of its type. Of course it’s very different from, say, South Pacific at Chichester or a full blooded Shakespeare interpretation by the RSC but, compared with the many one person, low budget shows I have seen, Quentin Crisp: Naked Hope is extraordinary.