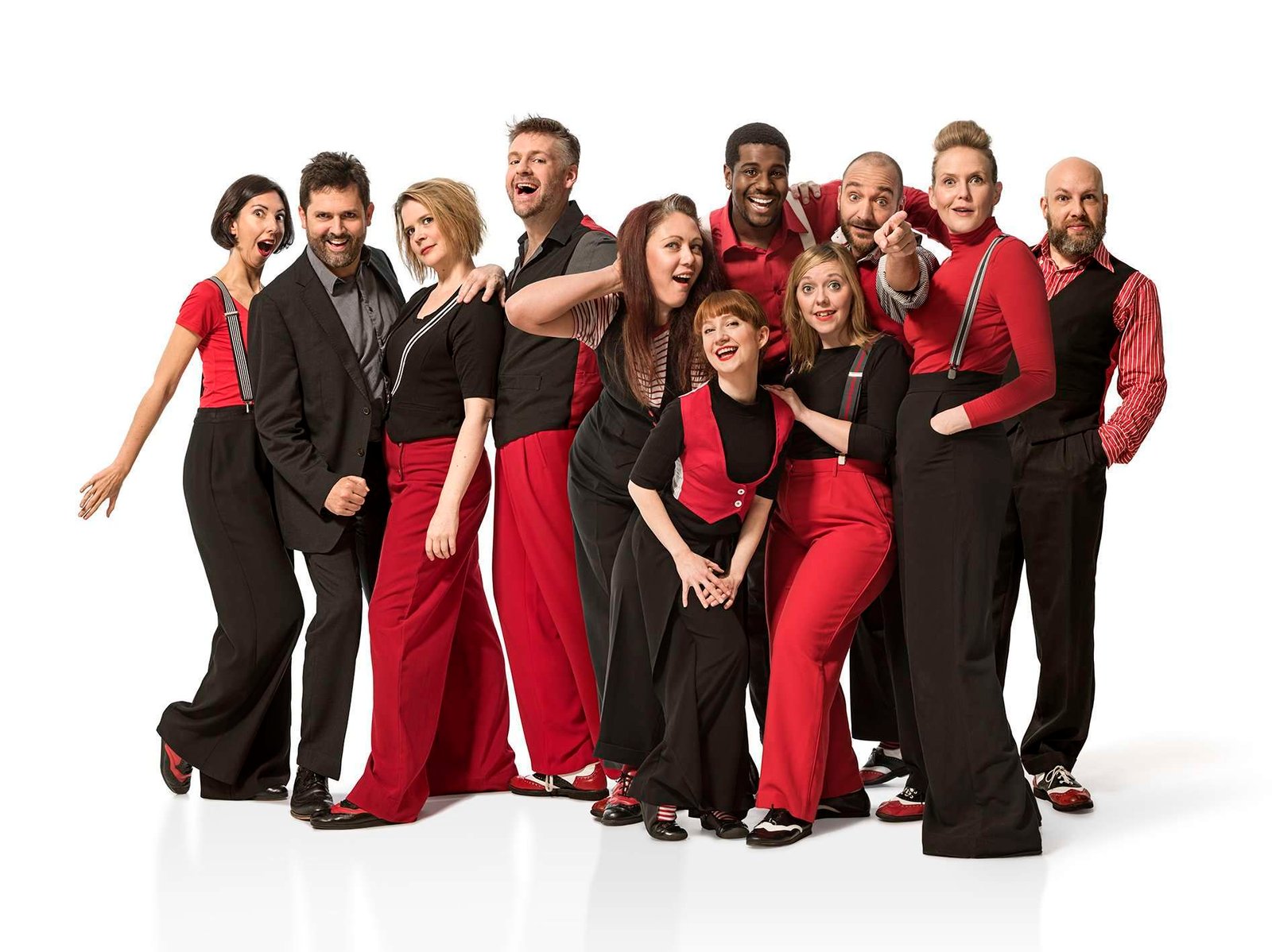 Credits: Produced by The Showstoppers

The one thing we are all united by at the moment is the desire for some light relief and the need to have a ruddy good laugh. With the dreaded C-word having closed theatres for the majority of the past year, and a tough winter lockdown not far behind us, stepping back into an auditorium is a real treat. And Showstopper! The Improvised Musical delivers the perfect pandemic medicine as it is full of laughs from start to finish.

The concept is simple – until the audience arrive and start to text or tweet suggestions for where the show should be set or what the storyline could be, there simply is no show. As someone who performs in amateur musicals, this thought terrifies me. It’s akin to dreaming you’ve forgotten all your lines and end up on stage in the wrong costume (or no costume at all…).

But the cast of four seem fearless from the off. They improvise their way through 75 minutes of song, dance and dialogue, whilst the audience continue to provide suggestions throughout. The story for this particular performance was set in the Deep South at a dog show where an asthmatic chihuahua called Pegasus had been murdered. Seriously, the plot line was better than some fully-fledged musicals that have been going for years.

The changing musical styles and plot twists were ably managed by Dylan Emery, who delighted in stopping proceedings to direct the cast (and also played some guitar). From Shakespeare to Gershwin to Phantom of the Opera, the funniest suggestion of all turned out to be the style of Lin-Manuel Miranda, he of Hamilton fame. It was the only time you saw a flash of terror cross the performers’ faces as the had to make up a rap on the spot. How they did it, I don’t know, but it was brilliant.

The cast of Lucy Trodd, Pippa Evans, Adam Meggido and Justin Brett were complete naturals, who seamlessly integrated all that was thrown at them, making the audience feel like they were in safe hands. Although the fact the show could fall apart at any minute is definitely part of the thrill. Craig Apps and Chris Ash, on percussion and keys, completed the line-up and were the glue that held the madness together.

There’s no doubt that every performance of Showstopper! will be a completely new experience, which makes it very special. My advice would be to grab a ticket whilst you can and get ready for one hell of a ride!