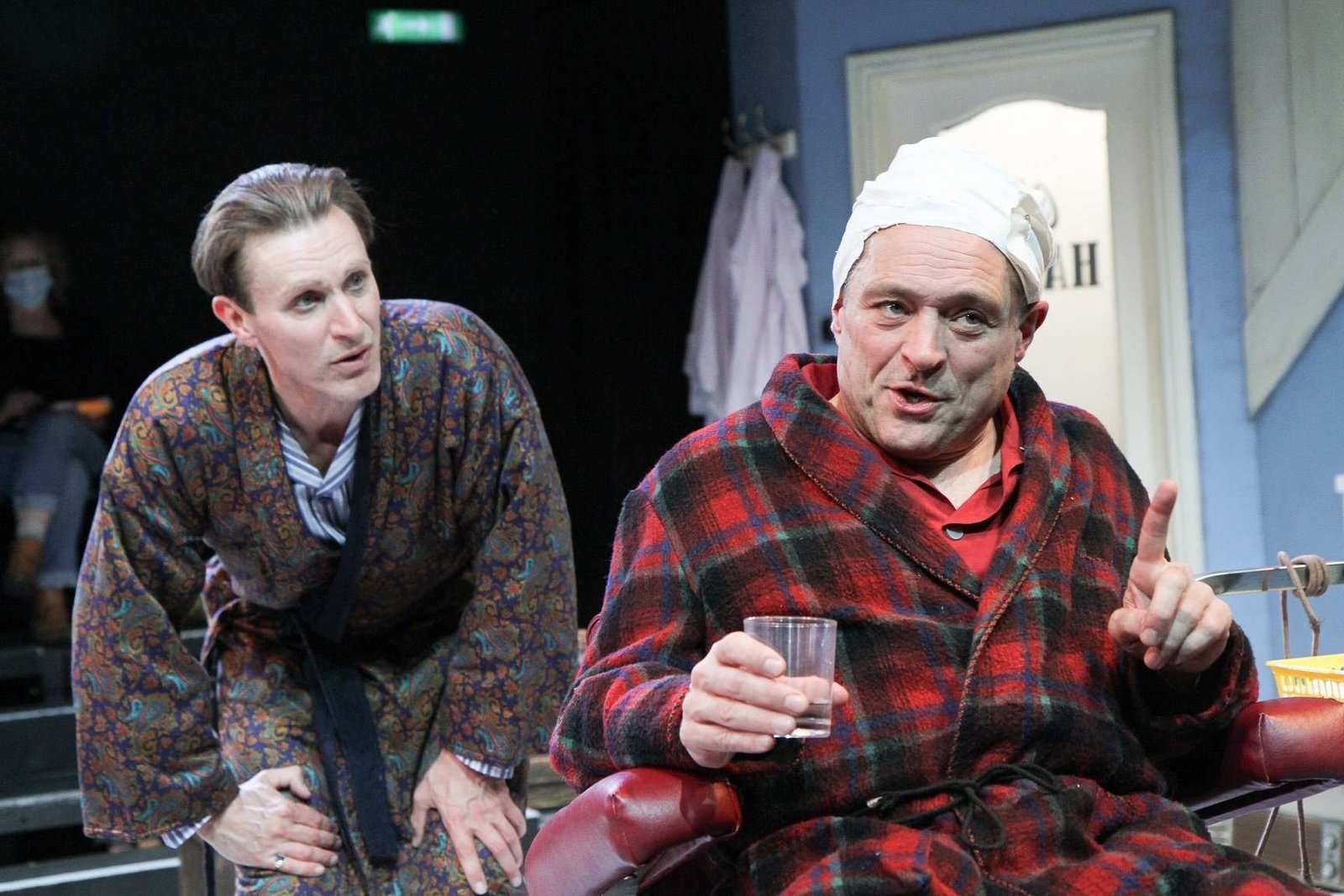 Credits: by Charles Dyer. Produced by Two’s Company and Karl Sydow in association with Tilly Films

It was good to see this play again, many years after I first saw it in a repertory theatre production in the 1970s. In the intervening years it has perhaps aged gently, like many of us, but still tells an important tale and holds the attention throughout. The play is set in a 1965 barber shop run by Harry with his partner Charles, an out of work actor. Charles is nervously awaiting a summons after an impromptu drunken revel involving a kiss has seen him arrested. Inconsequential as the offence appears to have been, it was enough in those days to result in a court case and loss of reputation. It all seems a long time ago, but there are of course still people living who were treated so unjustly in this way.

During the play we learn more about Charles and his brief acting career, the advert in which he featured and the roles he might have played. The older Harry is his sounding board and comforter but is also, in his own way, just as needy: and obviously devoted to his sometimes unresponsive partner. The play seems very reticent now but was seen as something of a challenge by the Lord Chamberlain at its first outing, when there was an insistence that there was to be “no hugging.” Paradoxical then that there is no hugging this time round either, although for the rather different reason that the play was rehearsed and performed in a socially distant manner.

Staircase was written by Charles Dyer, who died earlier this year at the age of 92 but knowing that this production was planned. Skilfully and sensitively directed by Tricia Thorns on a totally authentic and evocative set from Alex Marker, this production is a worthy tribute to the author. Two’s Company have a great reputation for rediscovering plays of the past, and finding a way to present them which works for a present-day audience.

In the more exuberant and showy of the two roles, John Sackville rails and flounces as Charles (the character having the same name as the author and indeed the second character’s name being an anagram of the same). It is a tricky role and the dialogue he is given tends to the histrionic and has perhaps dated more than anything else in the play, but Sackville is good in particular at the flashes of fear and dread when the summons arrives or as he is forced to confront his future. Some sections are less convincing but this is mostly a result of the style in which the dialogue was written, and it is good to see neither actor takes refuge in an excess of camp.

As the timid and devoted Harry, Paul Rider creates a totally believable if sad character, not quite out to his family and desperate not to lose the support and love of Charles. Rider gives a detailed, sympathetic and heartfelt performance, and makes much of the gentle humour of the role. Staircase is very much of its time and reminds us how much times have changed, but it is also a good example of a 1960s issue play with two carefully constructed characters.

And it was good to be back in a full studio theatre; full that is because each person or bubble was divided from the next by a full height perspex screen. Southwark Playhouse (and their hardworking staff) are to be applauded for managing to reopen the Little, and fill it, in a Covid-secure way, even if the experience is by turns bizarre and uncomfortable for the audience. Single seat participants, in particular, may find themselves looking through several layers of perspex across the theatre and getting in or out of the small space can involve some tricky manoeuvres, especially for those of more ample dimensions.

It is worth all that discomfort to go to the theatre? Absolutely, especially when the play on offer is a fascinating glimpse of the past in an impressive production. 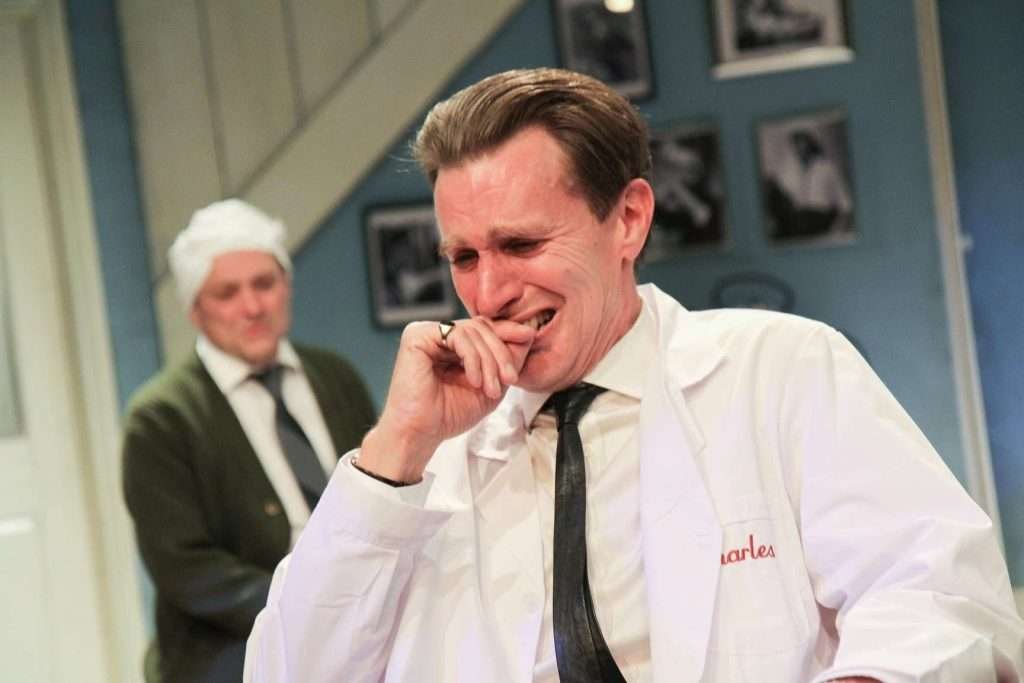 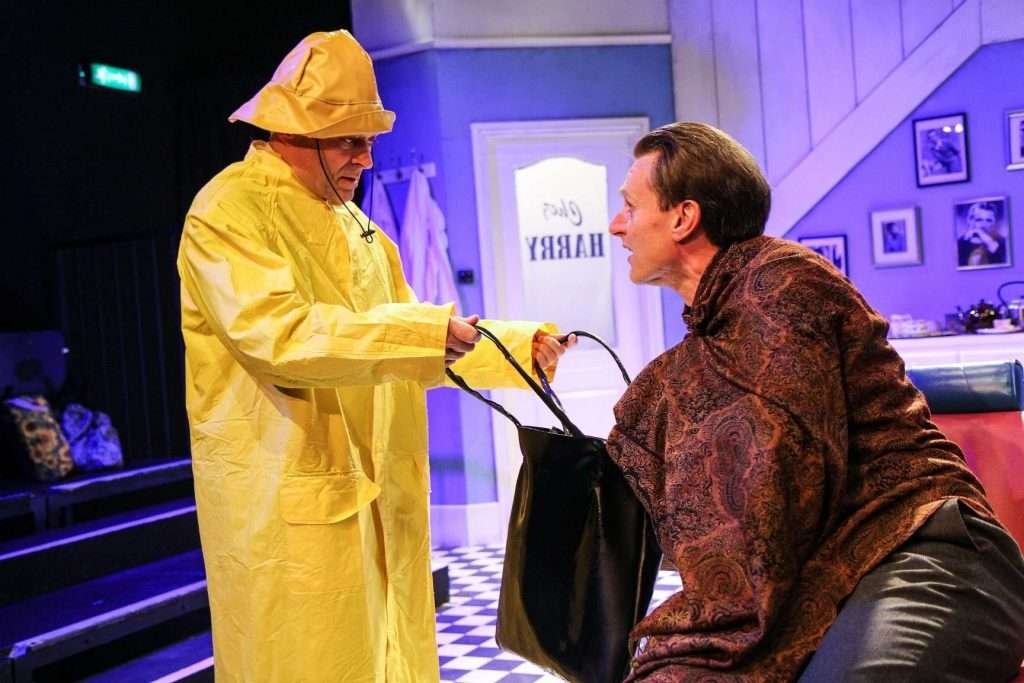 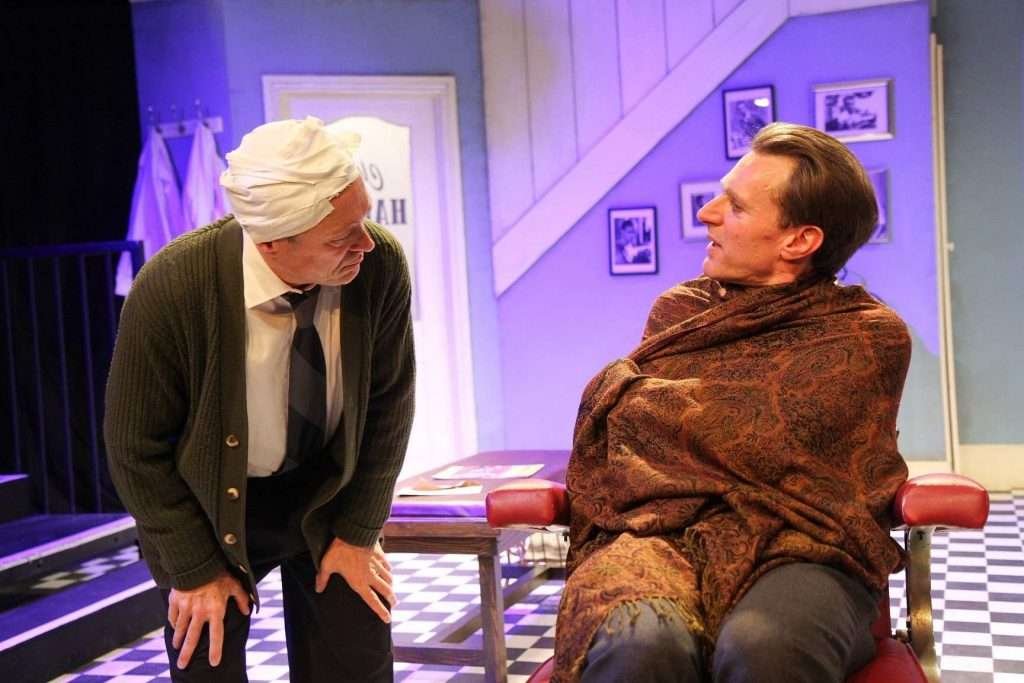 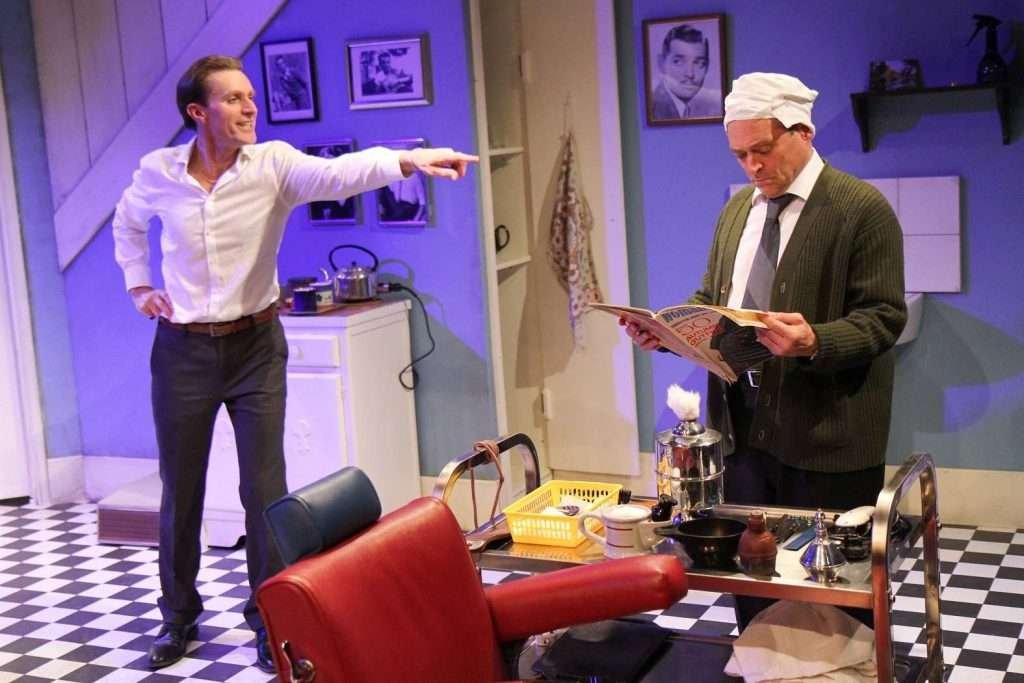