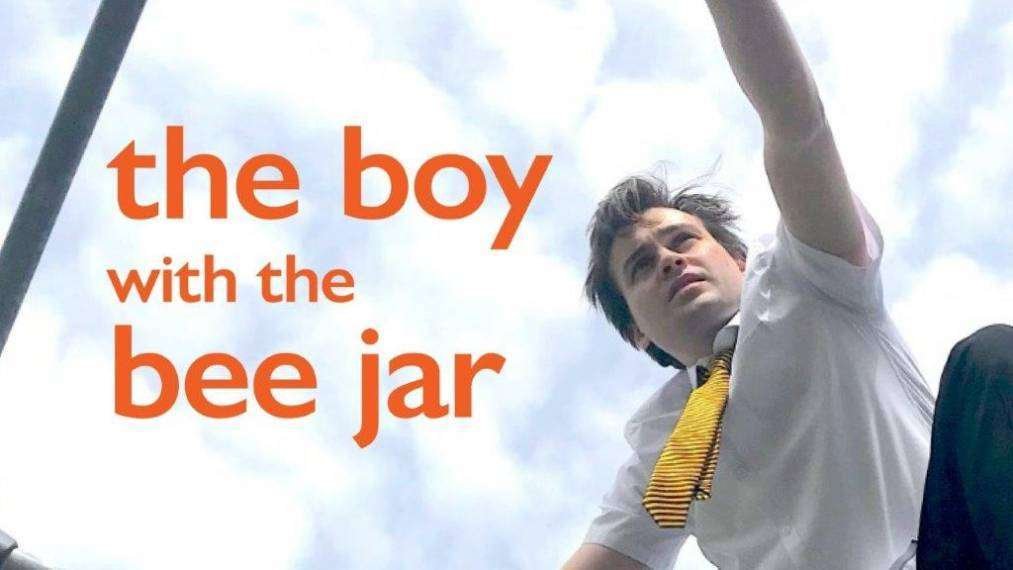 Show: The Boy with the Bee Jar

The Boy with the Bee Jar

I see a lot of new plays. Rarely do I see one as captivating as this. John Straiton’s quick-fire dialogue interspersed with poetic moments of escapism and convincing characterisation is highly compelling – and often funny.

It’s also a joy to see two very different actors working together as well as this. Colin Hurley is a veteran, highly experienced actor at the top of his game. George Rowlands graduates from drama school this month. They spark off, and grate against each other, with gritty realism and warm sensitivity.

Hurley’s Euston is a drunkard and drop out who hangs around a bit of wasteland. He’s grizzled, gnarled and angry as well as vulnerable, lonely, anxious and sometimes kind. When A level student, Simon turns up, fresh faced and intense in his school shirt and tie collecting bees in a jar and watching a swarm through binoculars there is mutual suspicion. Gradually Euston stops baiting Simon and they strike up a proper conversation. As confidence grows we see them telling each other and acting out stories. Both, it transpires, are racked with guilt: Simon because he fears he didn’t pay his late father enough attention and Euston because he’s witnessed a fatal incident outside the local kebab shop but failed to tell the police what he saw.

There is a great deal of lyricism and beauty in this powerful, intelligently directed play –  both verbal and physical. The bees, of course, stand for nature, order and hope.  And the simple set supports that depth: a small climbable scaffold at the back. Dumped junk such as an old washing machine, a plastic crate and a supermarket shopping basket is used to form tables, chairs and so on as needed.  And the small playing space of The Hope Theatre is an ideal venue for this play because the proximity of  the  actors makes for lots of impact and immediacy.

This is the Hope’s first post-pandemic show and it’s good to see it open again. I hope first, to see lots more work of this quality there very soon and second, that this interesting play will get lots of revivals.