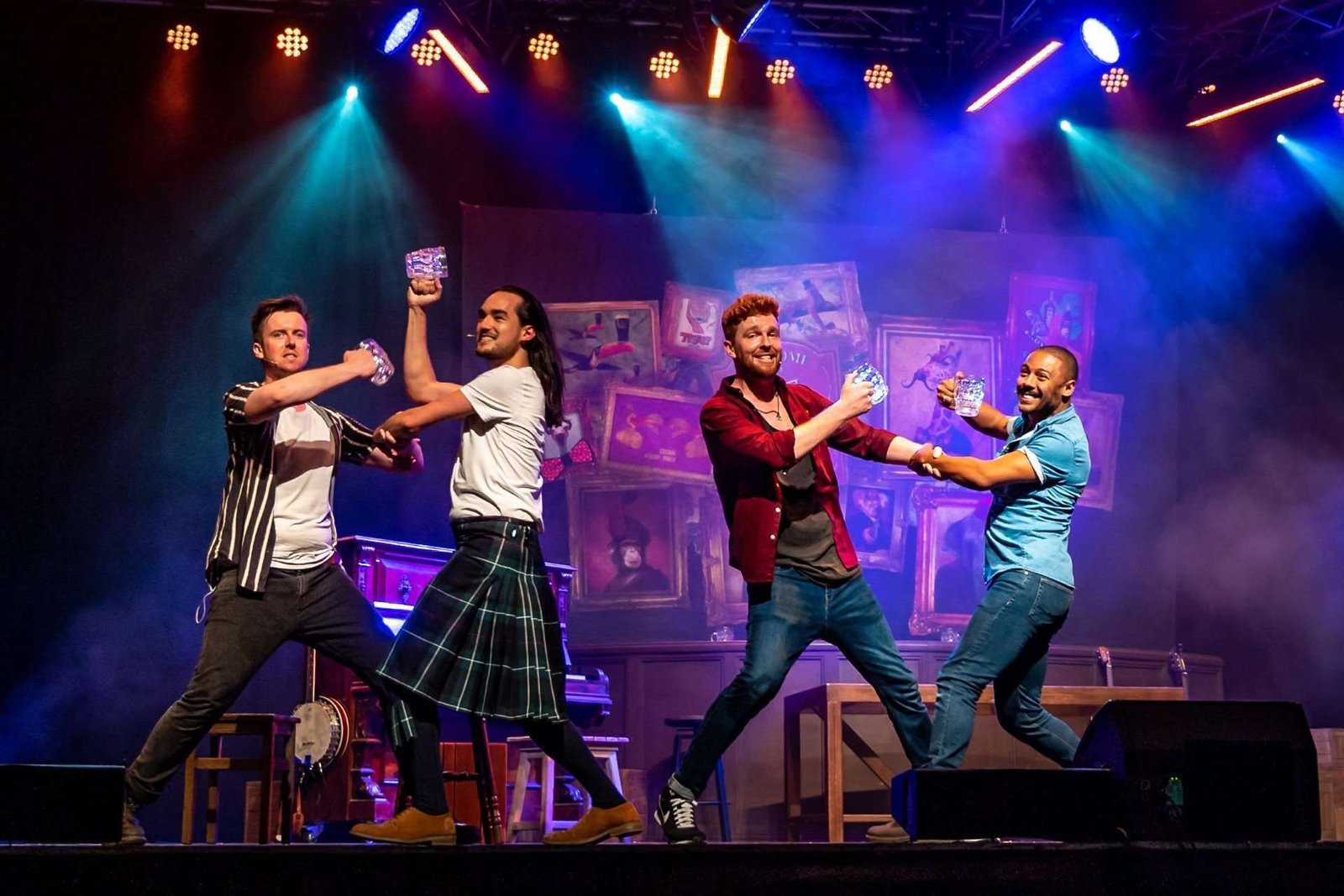 Show: The Choir of Man

The Choir of Man

Get a crowd of men together in a pub and there is always the risk they will start singing. Dancing is perhaps less likely, but has been known in some quarters. Whether they will sing and dance well is another matter: but Choir of Man delivers for real the quality of singing that most men can only dream about. Set in a pub – with real beer ingeniously served at a distance to audience members– this is much more than a singsong: it’s a paean of praise to camaraderie, socialising and returning from difficult experiences.

It is impossible to think of a show so well suited to our current times, although it has in fact been around since 2017 when it was first seen in Edinburgh. Created by Nic Doodson and Andrew Kay, the show is also currently to be seen in the USA and on cruise ships, but the version in the Underbelly at the London Wonderground runs till 5 September and is not to be missed.

The versatile pub set is actually a multi-level performance space allowing foot-stomping choreography in all areas by a cast of nine talented singers and dancers, many of them musicians as well. Much of the narration is in the hands of one (unnamed) performer and he delivers the dialogue – much of it in verse – superbly, and rouses the audience to new heights. Each performer gets the chance to shine, whether with a song, an instrumental or a sudden display of tap.

There are no weak links in this supremely confident production: a pitch-perfect show for the times we live in.