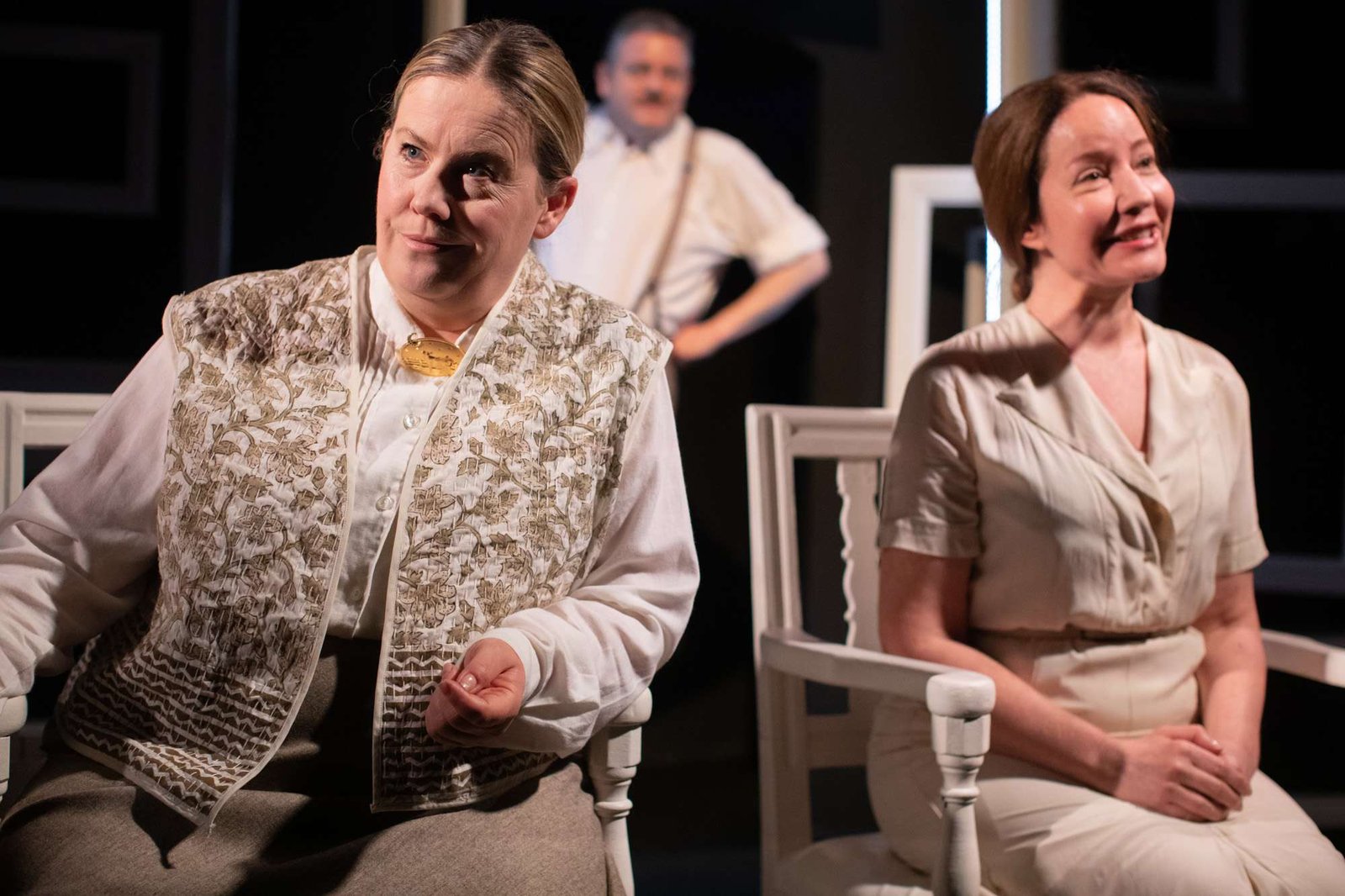 Show: The Marriage of Alice B. Toklas by Gertrude Stein

Credits: Written for the stage by Edward Einhorn.

The Marriage of Alice B. Toklas by Gertrude Stein

The whole point of this quirky, original play is that there wasn’t one: a marriage, that is. American writer and art collector, Gertrude Stein and Alice B Toklas were in a long relationship until the former’s premature death in 1946. Gertrude wrote an autobiography of Alice – pretending to be her. And pretending is what Einhorn’s four-hander play is about. He deliberately uses the word repeatedly – probably  hundreds of times – in a play which is firmly in the tradition of theatre of the absurd. And now that gay marriage is a non-event in most countries, Einhorn imagines how it could have been for Gertrude and Alice had the prevailing attitude been different between the wars. On a practical level, for example, spousal rights are important especially when one partner dies relatively young.

Four fine actors make this play work. Natasha Byrne is intensely dead pan as the usually serious Gertrude so that when she smiles it’s like the sun breaking though and she is one of the most eloquent listeners I have ever seen on stage. Alyssa Simon brings real depth to Alice, at first presenting a rather buttoned up but warm persona and then letting go and becoming impassioned in the second half – after everyone in the audience has been presented with a thimbleful of fizz to celebrate the marriage (Jewish, under a canopy).

Stein collected art and the couple moved in household name circles of art and literature. So Einhorn brings many of these characters to the wedding or at least gives them bit-parts. Kelly Burke, long, angular and bendy, plays Picasso who brings along all his wives and mistresses. Cue for a good French accent and many laughs. She also plays TS Eliot, Ezra Pound and others with witty versatility. Then there’s Mark Huckett as Hemingway who is deemed not to be a genius like Stein and most of her friends. Huckett, like Burke, leaps about and plays lots of characters. “And here is Hemmingway pretending to be …” is one of Gertrude’s oft repeated lines as the names of scenes are illuminated in picture frames on the back wall of Machiko Weston’s set.

It’s quite a powerful 90 mins of straight-through theatre because it has layers.  Although The Marriage of Alice B Toklas by Gertrude Stein is very funny, not least because there’s an element of theatre sending itself up, it’s also a rueful reflection on gay marriage. That sits alongside an exploration of the  nature of genius – with a sideways glance at the predicament of Jews during the lifetime of these women. It’s a celebration of lifelong love too and that’s always satisfying. 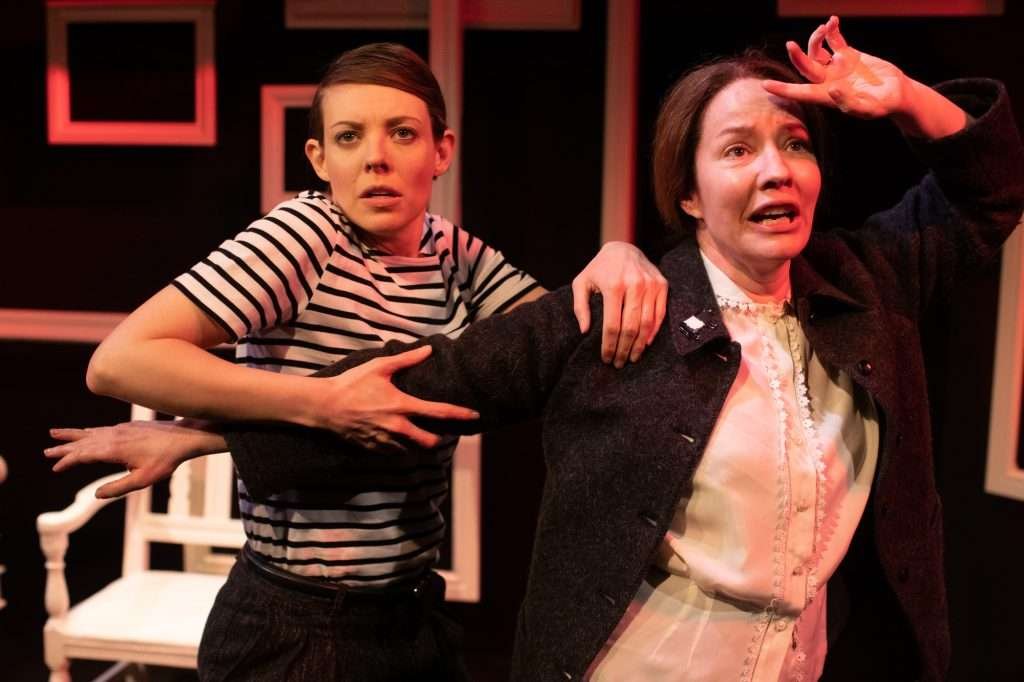 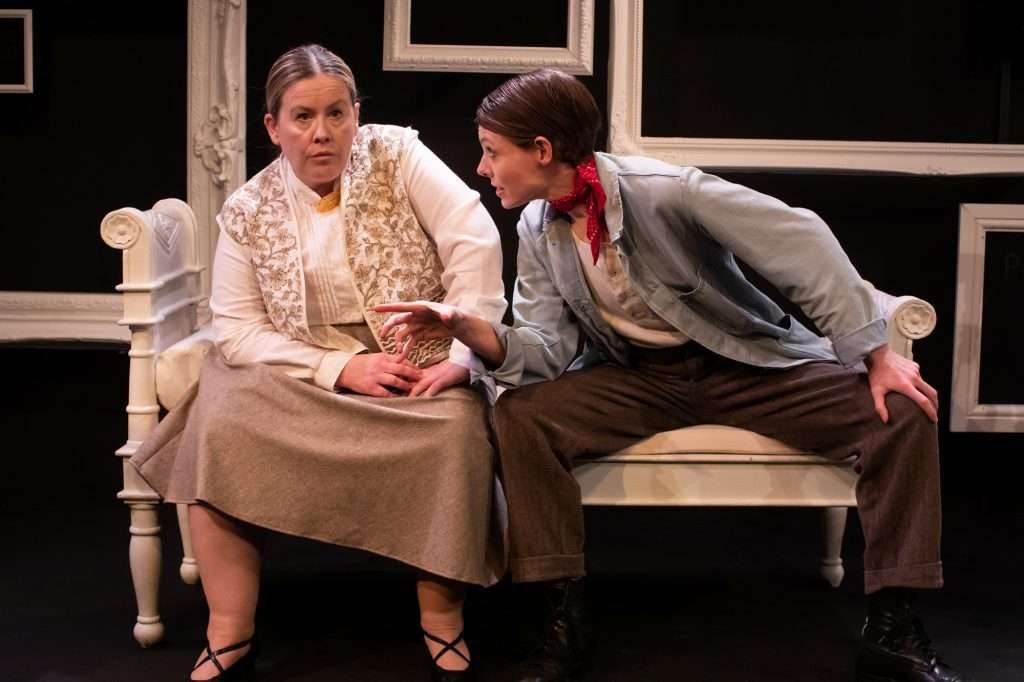 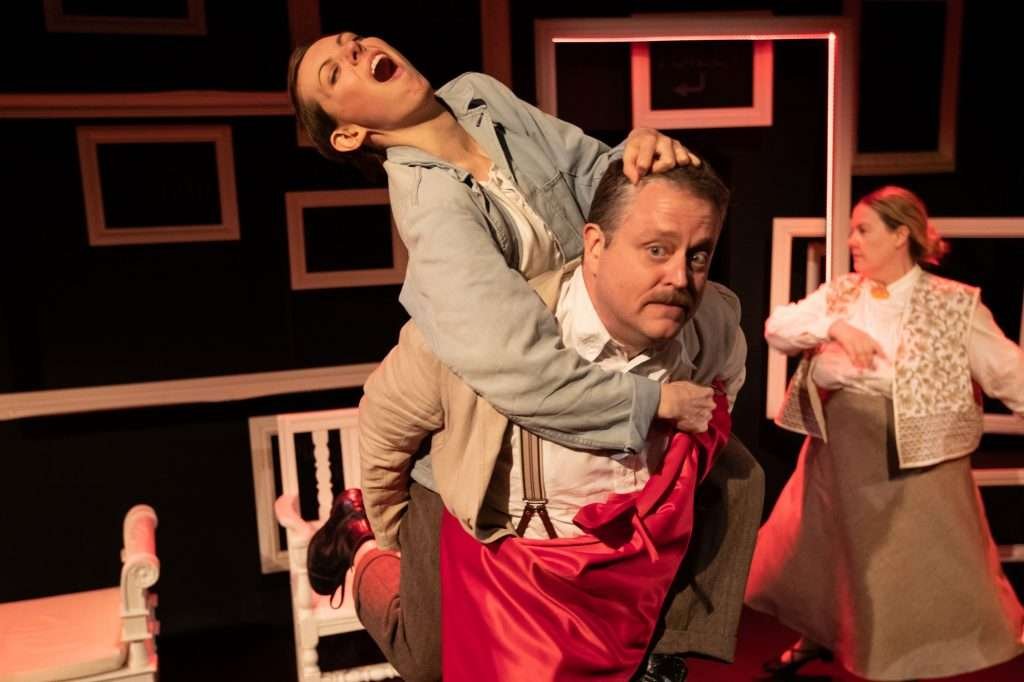 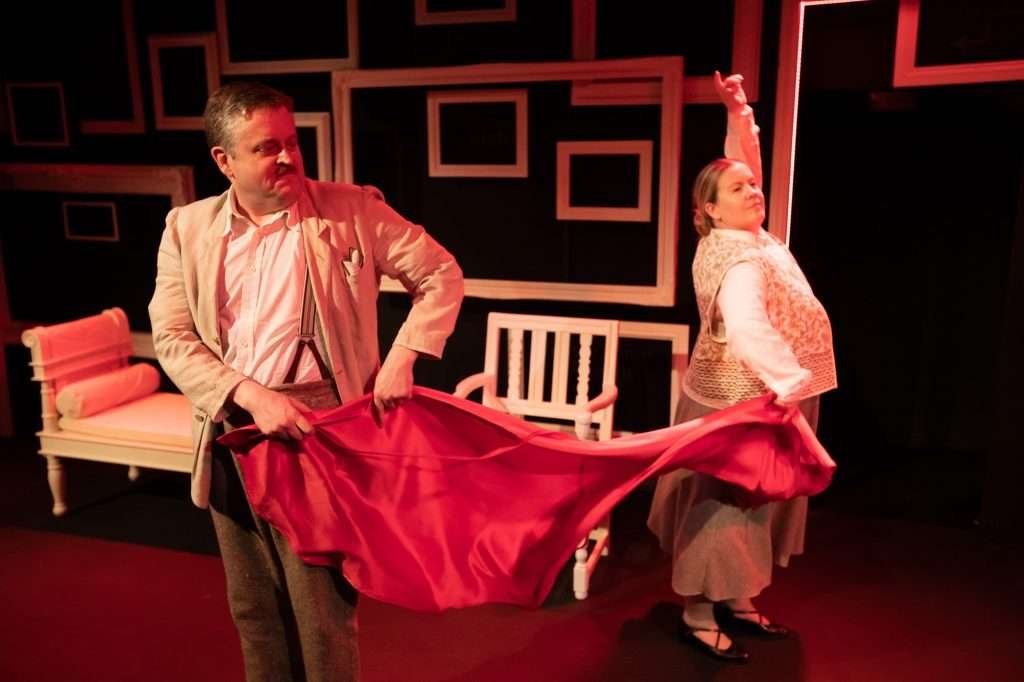