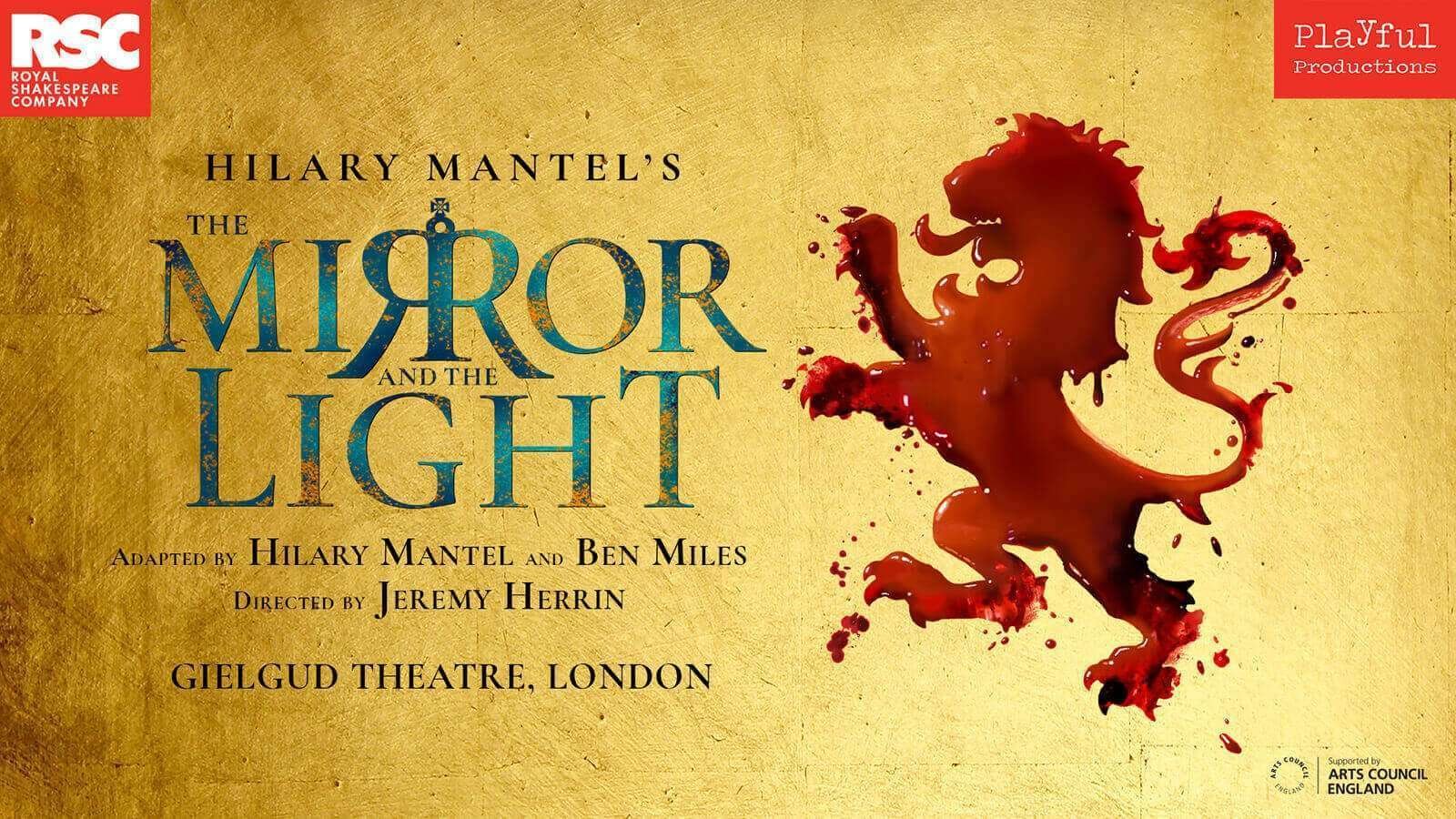 Show: The Mirror and the Light

The Mirror And The Light

When the Royal Shakespeare Company premiered the first two parts of Hilary Mantel’s award winning Wolf Hall trilogy back in late 2013, I wonder if they can have had any inkling about how long it would take to complete the ambitious cycle. After an eight year hiatus waiting for Mantel to finish the third novel of the rise and fall of the arch Tudor fixer Thomas Cromwell, there was just the tiny matter of a pandemic to ride out. But, finally and satisfyingly The Mirror And The Light has at last reached the stage of the Gielgud Theatre complete with the director and its two leading actors intact; all are, naturally, a little older. As somebody who saw the first two parts during one day seven years ago, so am, I but it was a memorable way to return to a live venue after the enforced exile of the last eighteen months.

I’m not sure what anyone would make of this play if they had not read the books/seen the TV films which preceded this one’s narrative. I had supposed it would start with a potted “previously on Wolf Hall” moment (too much lockdown TV!) but actually it plunged straight in. In fact, it cut straight to the end of the tale with Cromwell imprisoned and awaiting his execution before spiralling back to the immediate post Anne Boleyn years and a chronological review of events which led up to his sudden end. And therein I thought lay an issue or two with the construction of the narrative adapted by Mantel herself in collaboration with Ben Miles. I seem to recall that various strands of narrative were interwoven through parts one and two (which were both scripted by Mike Poulton) and developed in parallel. Here though everything seems to appear in chunks – the rapprochement with Princess Mary section, the Pilgrimage of Grace section, the birth of Edward section, the Anne of Cleeves section. Each dominates for a while and then is put to one side in a seeming confirmation of Alan Bennett’s famous line “History is just one f*****g thing after another”. While this gets the job done, it loses some of the texture and subtlety of the original. Cromwell’s downfall in the second half also seems a bit rushed and although it has been necessary to fillet the novel, the speed with which it occurs gives it some dramatic momentum although it does seem as if an important sense of something momentous gets a bit lost.

The good news is that the direction of Jeremy Herrin has remained consistent, and he quite rightly points up some delicious parallels with life in 2021 such as the north/south divide and the fact that there is a shortage of a key industrial component (at least they didn’t have a fuel crisis). Also constant is the brutalist concrete bunker design and contrastingly opulent costumes of Christopher Oram. Both of these aspects are considerably enhanced by the spectacular lighting of new team member Jessica Hung Han Yun who uses candlelight, the glow of a roaring fire and shafts of morning sunshine to tremendous effect and who is not afraid to work with expanses of shadow/darkness to suggest the mood of the unfolding events. Stephen Warbeck’s music and Nick Powell’s soundscape also continue to provide unity for the whole trilogy.

The most consistent through line however is in the repeat casting of Ben Miles and Nathaniel Parker as the two men at the heart of the story. Henry VIII had many a difficult relationship (his wives, his children, his court) and none more so than that which he had with his chief counsellor. Both Miles and Parker demonstrate the pair’s co-dependency even if in the latter’s case it is largely unacknowledged and certainly never in public. It is in the more intimate scenes when Parker reveals the depths of the monarch’s loneliness and takes his characterisation far beyond the “bluff Hal” stereotype. Miles too shows in his silent observations  at court that Cromwell remains ever vigilant even though his grasp on power seems assured. It’s a moot point whether he or the TV series’ Mark Rylance makes the more complete character study of the man but at the moment Miles has the edge simply by dint of getting there first.

The rest of the ensemble cast are on top form too with particularly good value coming from Matthew Pidgeon as Chapuys/Gardiner, Paul Adefeya as Christophe/Edward Seymour and Rosanna Adams as the unfortunate Anna of Cleeves. Melissa Allan makes a fine job of Princess Mary conveying an outward show of stubbornness masking an inner fear of what will become of her. It was a shame when her character’s section of the play (see above) was over. Tony Turner as the ghost of Cardinal Wolsey brings some unexpectedly wry comedy to his appearances. Nicholases Boulton and Wodeson teeter on the edge of pantomime as the Dukes of Suffolk and Norfolk but I kept reminding myself that as we are seeing them mediated through Cromwell’s memory the characterisations may be subtler than I was giving them credit for. However, as far as the latter was concerned, I really couldn’t shake off the vision of Lord Farquaad from the Shrek movies.

Cromwell spends as much time looking back as looking forward in this play – emphasised by the structuring of the opening sequence and the constant reappearance of ghost and memories. And that is something with which Mantel, Miles and Herrin have been particularly successful. After the last eighteen months I suppose we have all spent at least some of our time on reflecting on life’s journey, missed opportunities and our own mortality. It’s a fitting climax to a long expedition (life/the novel sequence/the trilogy of productions) enhanced by the fact that it was a return to a real live theatrical situation. It was a fine way to begin again and long may it continue to reign.