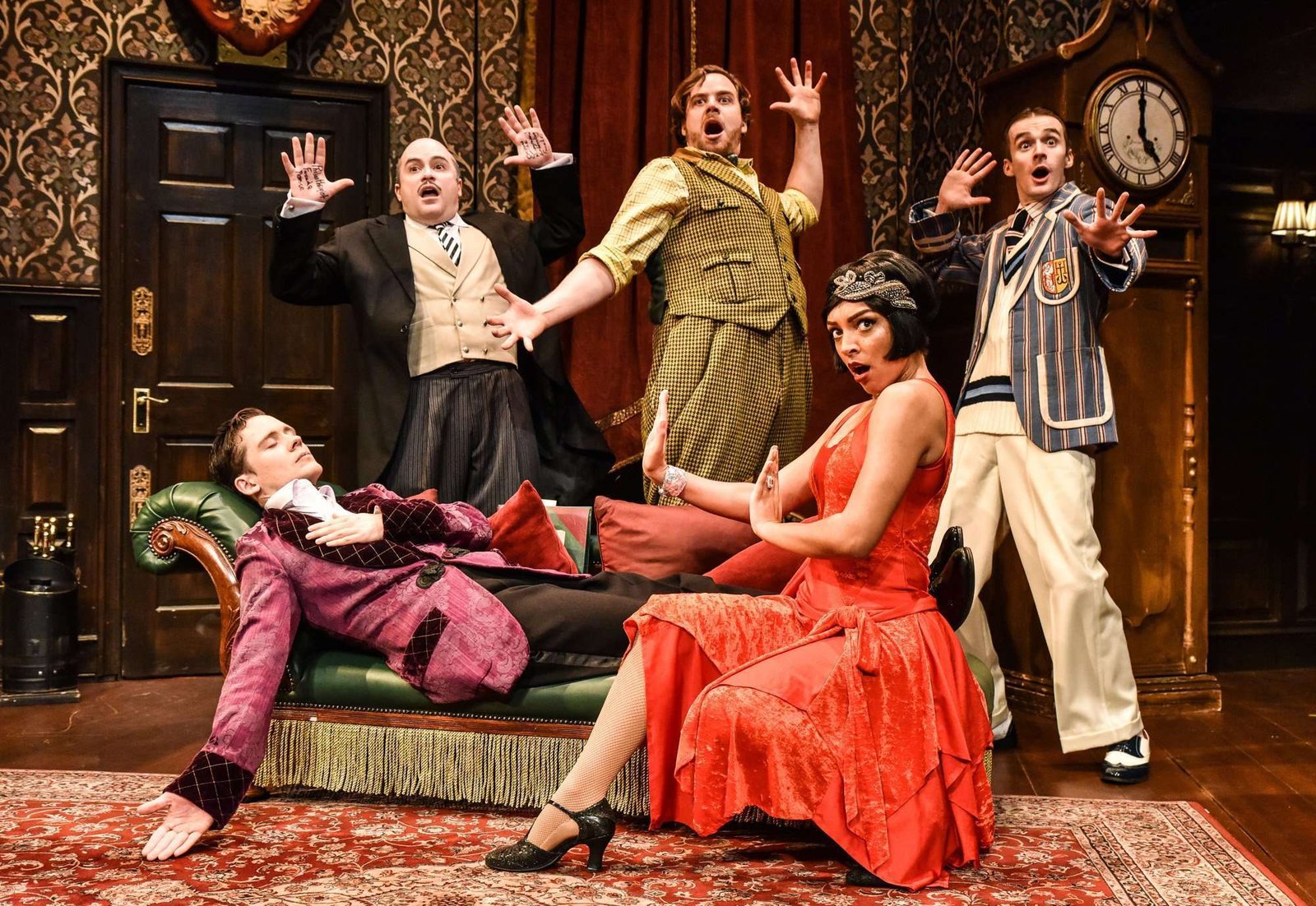 Show: The Play That Goes Wrong

The Play That Goes Wrong

Mischief Theatre has certainly come a long way in its short thirteen-year meteoric rise to fame. From those early improv days in pub theatres and the Edinburgh Festival Fringe to the West End and BBC One glory, audiences simply love the crazy world of amateur theatre being sent up.

Of course, no genuine amateur theatre company would ever really create the level of ego and chaos that goes on in The Play That Goes Wrong – at least I hope not. But there’s the simple brilliance of Mischief Theatre. It’s the hilarity of accenting such madness to a fittingly mad level that people appear to love. Anything could, and usually does, happen.

The Play That Goes Wrong was, of course, the show that started Mischief’s ball rolling, paving the way for a string of similar style of shows… such as Peter Pan Goes Wrong, The Comedy About a Bank Robbery, Christmas Carol Goes Wrong, Magic Goes Wrong and Groan Ups – a number of which have also been adapted for the BBC, including the current Goes Wrong Show.

The Play That Goes Wrong is one of the productions from Mischief Theatre currently touring the UK and passing through Woking’s New Victoria Theatre this week. As such it features a new cast, but one that fits nicely with the original trio of writers. Once more, Cornley Polytechnic Drama Society is mounting Murder at Haversham Manor; a whodunnit that, you’ve guessed it, goes horribly wrong.

The flap in the door has vanished for other mayhem to ensue, and the slapstick is all still there by the bucketload. Amourous women are being knocked out by opening doors, then forced through windows in the most ungainly manner. Murders take place and floors collapse, before the entire set gives up. Yes, CPDS is certainly the worst theatre company in the world – even if the ego-driven Chris Bean does direct and star in the production.

It’s fun, it’s dangerous, it’s brilliant – and from what I heard behind me, Year Ten loved it too!

The play That Goes Wrong is at Woking’s New Victoria Theatre until this Saturday, 9 October… when it tours to another part of the UK. More at https://www.mischiefcomedy.com/theplaythatgoeswrong-uk-tour/uk-tour/tour-dates

All photos from Mischief Theatre 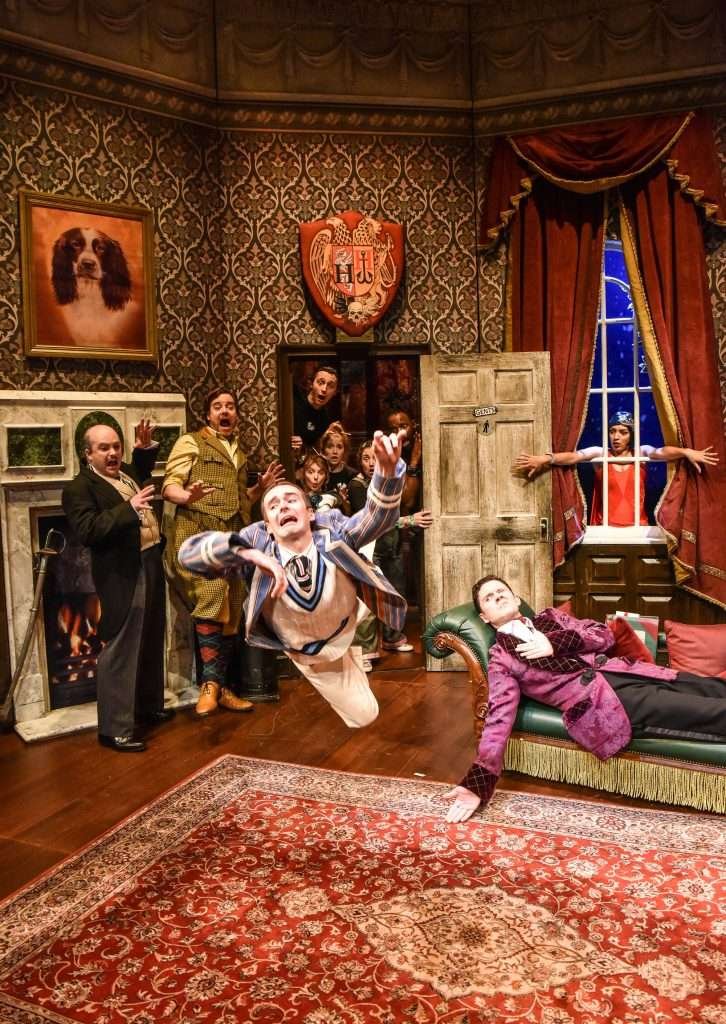 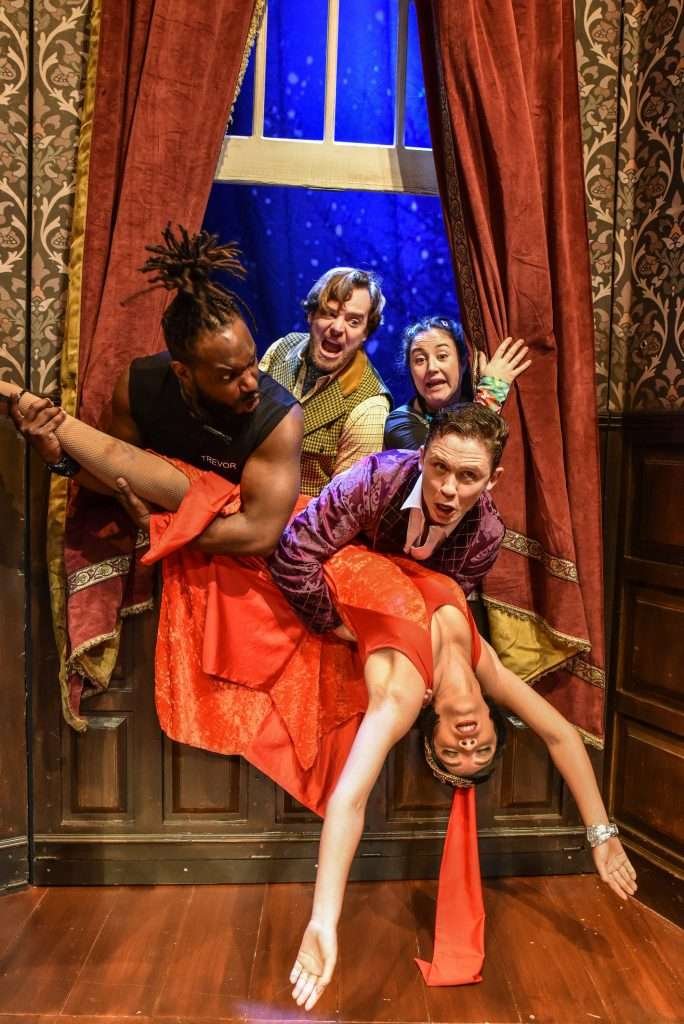 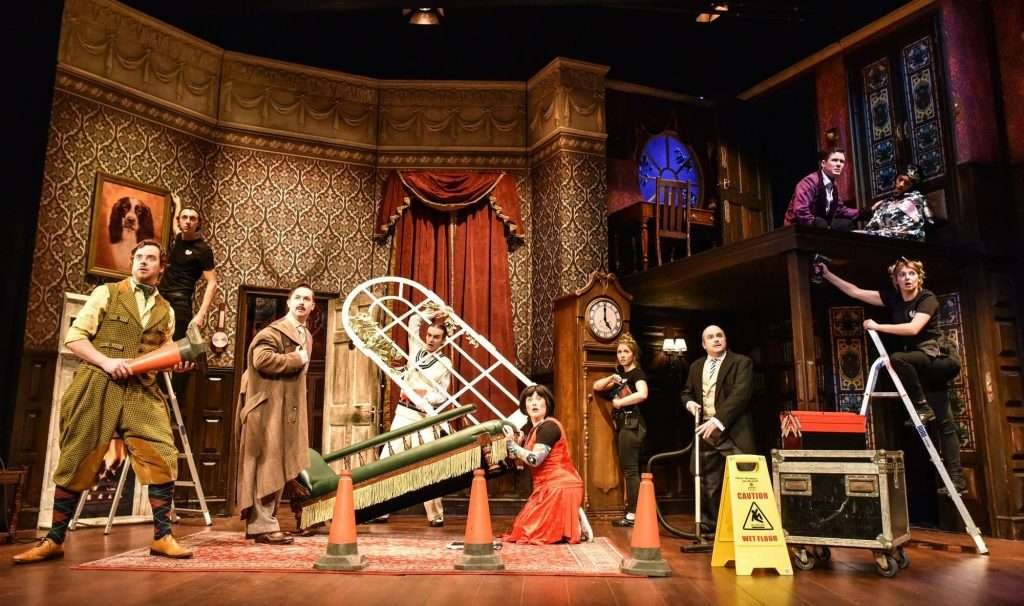 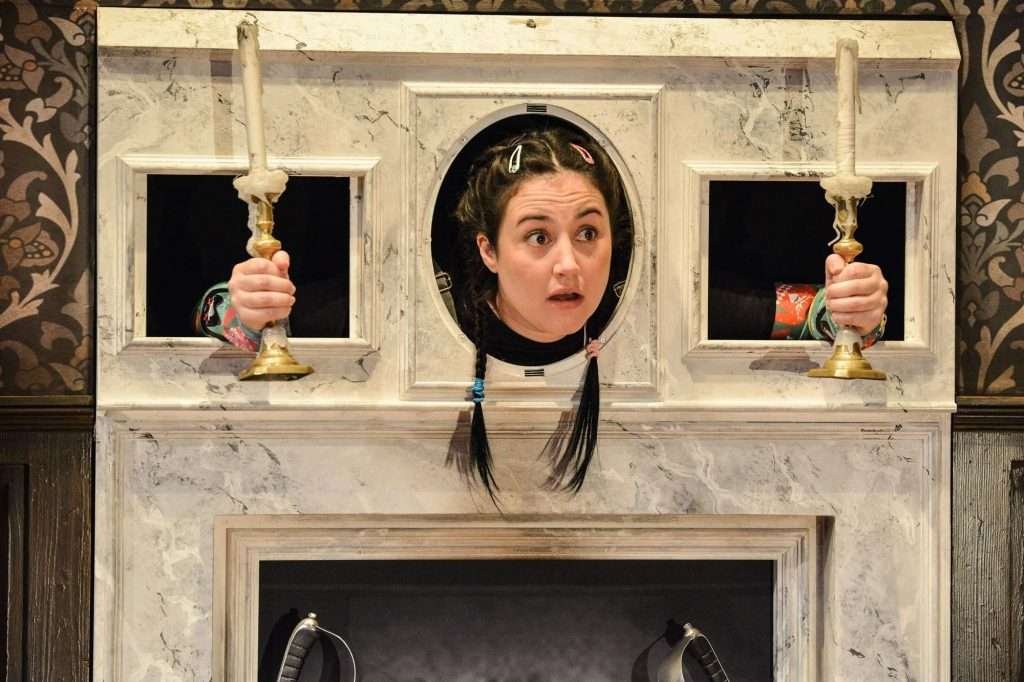 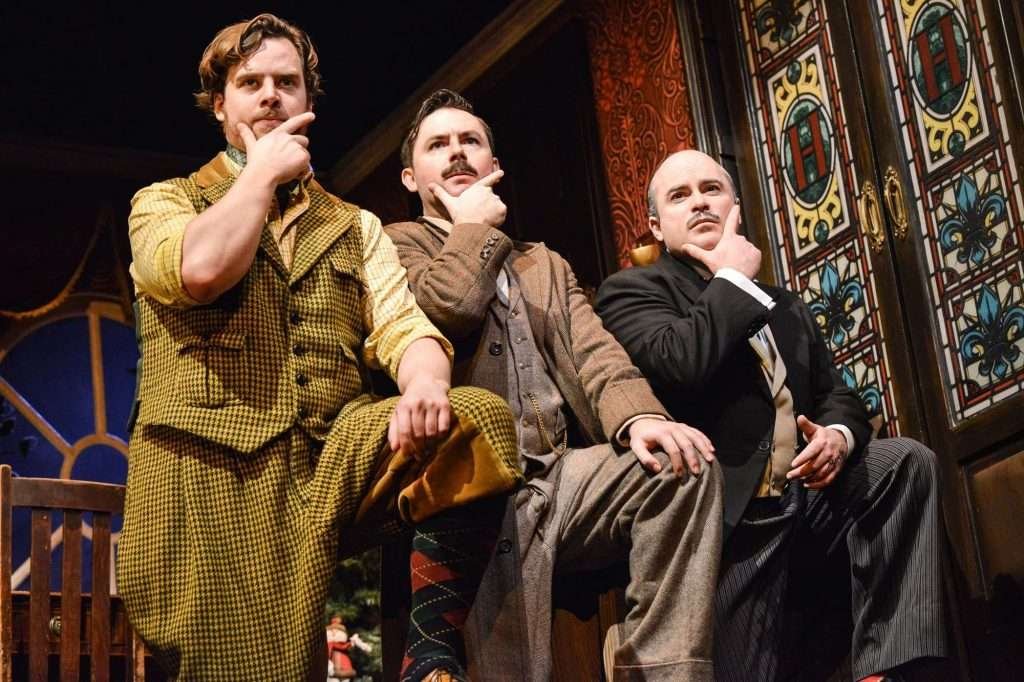 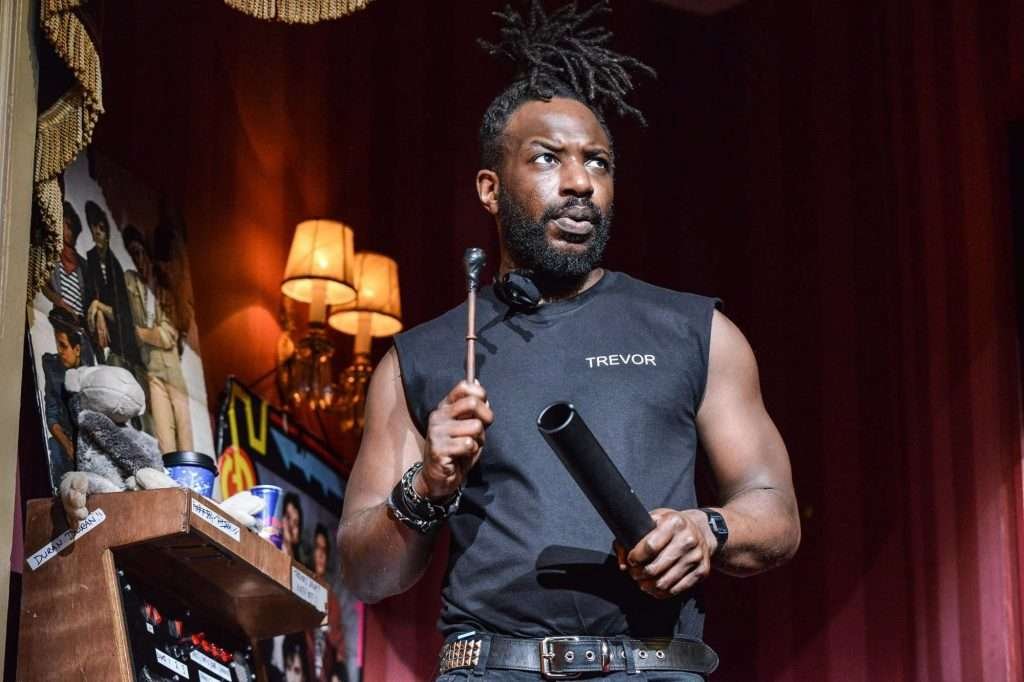