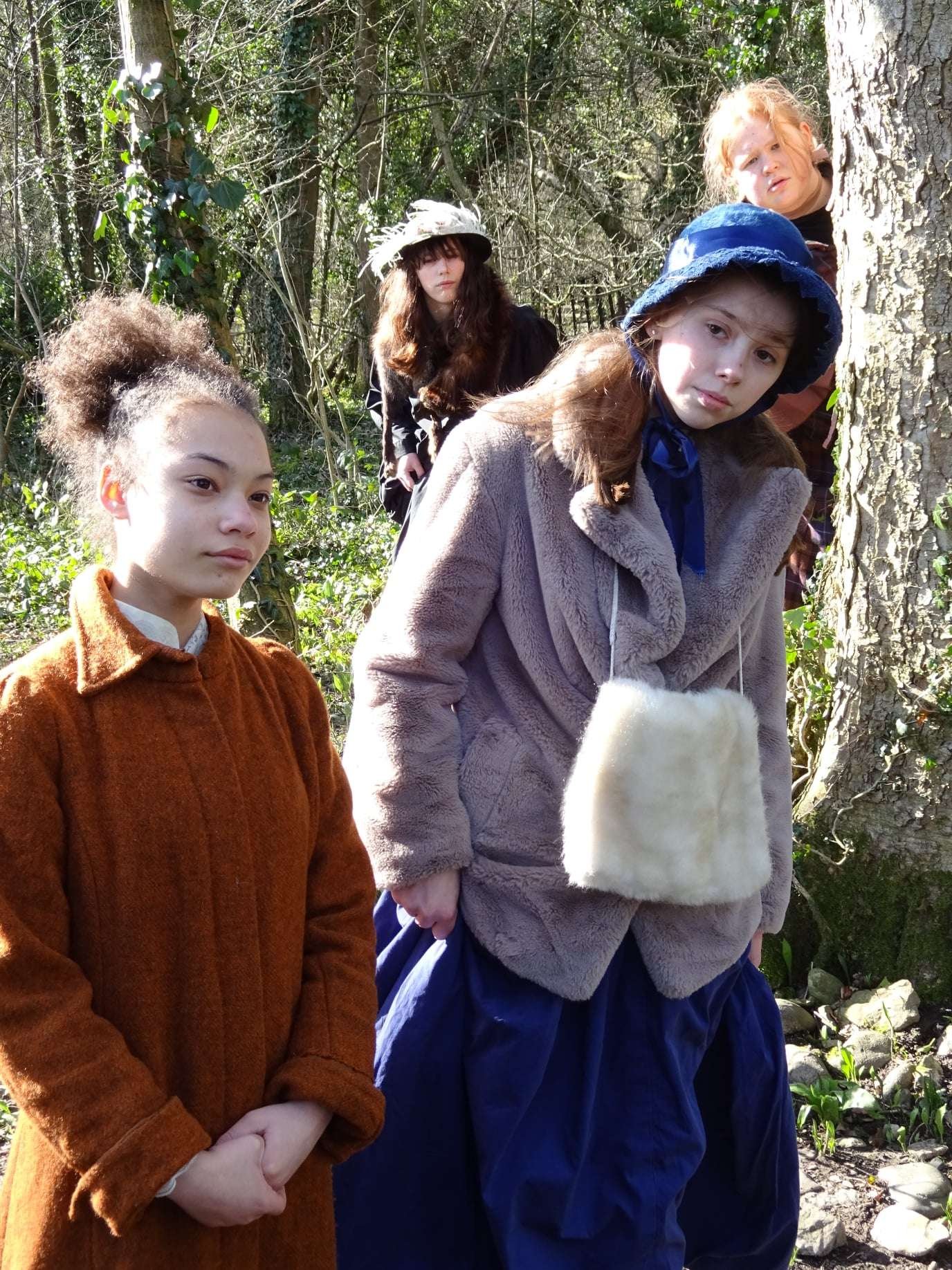 Show: The Wolves of Willoughby Chase

Credits: By Joan Aiken; Adapted for the stage by Russ Tunney

The Wolves of Willoughby Chase

Furness Youth Theatre, under the guidance of Director Chris Loveless, once again demonstrate their courage and ambition with their latest production of Joan Aitken’s novel, The Wolves of Willoughby Chase. Whilst it seems, on the surface, a simple tale of good overcoming evil, it is actually a theatre piece which requires fairly complex staging, and this is indeed very successfully achieved. The scene is set immediately as an eerie darkness and howling wolves plunge the audience into a weird and unnatural landscape. This sense of mystery and menace is then maintained throughout as the characters negotiate train journeys, ice skating, secret tunnels, treks through the countryside and even busy London streets – all achieved by imaginative staging and creative theatrical effects.

It is also a piece with a weighty amount of dialogue and, with minimal evidence of stumbles, it is clear that all the young players have worked extremely hard to assimilate their lines. The two lead characters Bonnie, played by Maddy Backhouse, and Sylvia (Malika Taylor) carry a lot of the weight in fact in moving the action forward, and both carry off their roles with impressive conviction and confidence. Indeed the clarity and fluency of their delivery is particularly noteworthy, a testament to both their acting ability and the benefits gained from their previous stage experience.

This is not however to diminish the contribution of other characters. Ruby Marvin clearly relishes the role of the evil-hearted Mrs Slighcarp for example, being appropriately strident and menacing, complete with an even scarier wig. Her accomplices Mrs Grimshaw are ably played by Ava Marvin, with the threat level then being further increased by heartless school ma’am Mrs Brisket, brought to life by a fiery Doris Carrick. In contrast, the two rescuers (James, the stoical retainer, played by Aiden Pearson-Gee, and Simon the ‘goose-boy’, played by Noah Jepson) both acquit their parts well, each successfully conveying care and compassion with the lightest of touch. Overall the piece is further enhanced by the brief musical interludes, with carefully chosen songs blending well with the action. Musical accompaniment is provided by the unseen but dependable Paul Bryden and his skilful guitar and mandolin work. These interludes definitely offer some rays of light relief amid the play’s darker over-tones.

Meanwhile the rest of the cast all make their individual contributions as the story unfolds, with all members clearly working together as a very tight and supportive unit. I thought the Greek chorus-type narration was particularly effective. It seems a pity to single out one sequence in a series of such well-staged scenarios, but surely mention must be made of the ‘cheese alphabet’ piece, so smoothly and breathlessly delivered, and definitely one to savour.

In short, what emerges is an engaging piece of theatre which, as I say, amounts to a very courageous undertaking for such a youthful cast. It bodes well for the future of live theatre that such enthusiasm and flair can be harnessed so successfully, and Director and cast deserve much credit for all their hard work and for pulling off this production so effectively. The only pity is that it is only scheduled to run for two performances.