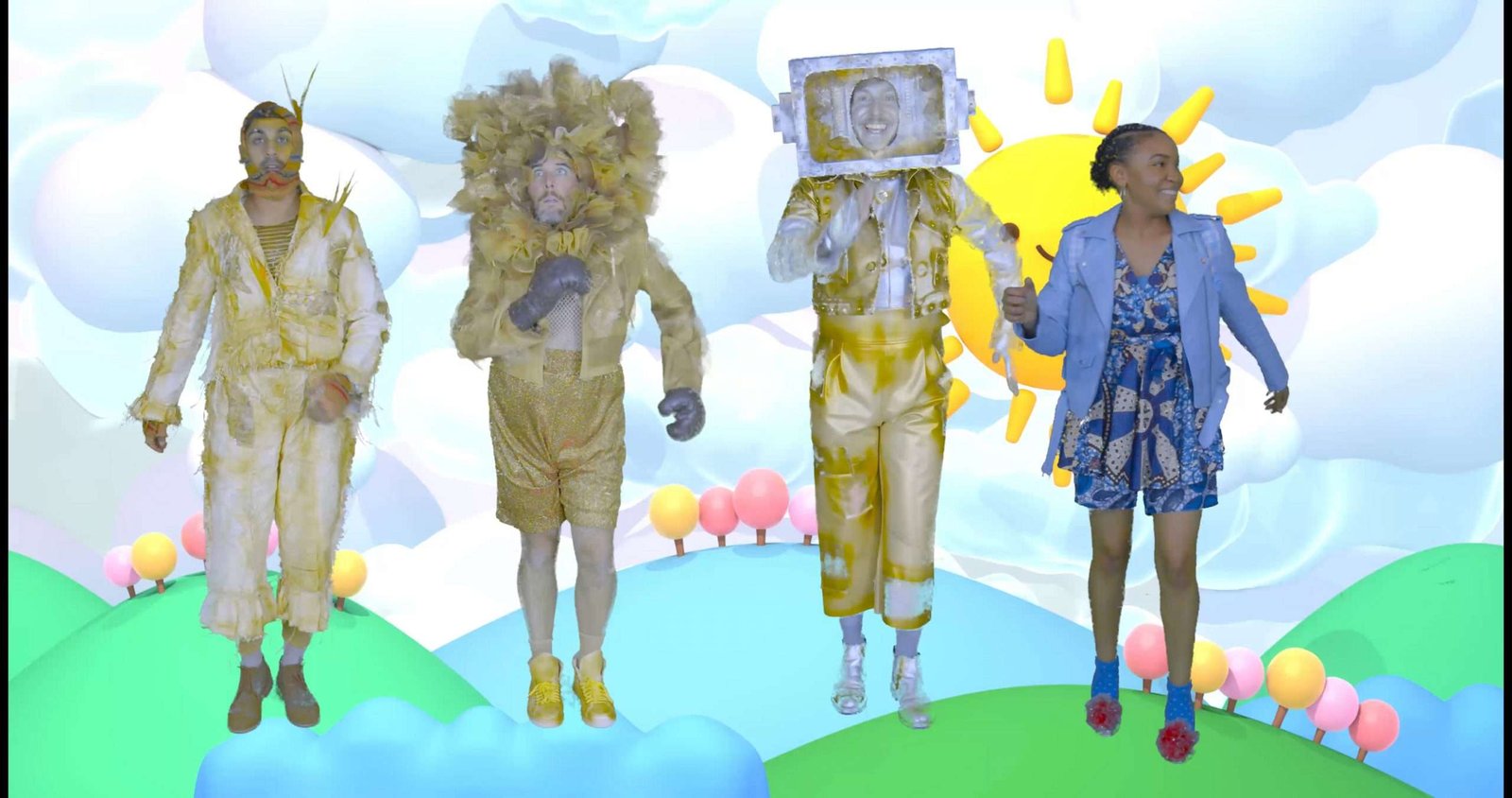 Show: The Wonderful Wizard of Oz

THE WONDERFUL WIZARDRY OF CREATIONS THEATRE

Due to the current Covid restrictions placed on most of the country, pantomime and Christmas shows are few and far between this year. Professional and amateur theatres have cancelled productions. Across the country creatives have responded by finding an alternative way to reach audiences, and online productions have filled the void in our lives. Over the years there have been many adaptations of L. Frank Baum’s children’s story, The Wonderful Wizard of Oz, but nothing quite like Creations Theatre’s online production.

Usually staged at the North Wall Arts Centre, Creations Theatre have moved to staging online productions. Performed in real time online, this surreal and anarchic retelling of L. Frank Baum’s The Wonderful Wizard of Oz delivers. This version, adapted and directed by Gari Jones, uses slick technology and is designed with the computer game generation in mind. Dorothy’s journey resonates with our lives in 2020, where many young people use computer games and social media to escape the trials of the real world. The oft-used saying from The Wizard of Oz, ‘there’s no place like home’, is all the more poignant, especially at a time when so many families are missing their loved ones and feeling a sense of isolation. This is why we look to live theatre to lift our spirits.

The storytelling, magic and short but catchy songs are performed by a cast of eight that includes Chloe Lemonius as Dorothy, Simon Yadoo as Lion, Dharmesh Patel as Scarecrow, Tom Richardson as Tin Man,  Annabelle Terry as Wiz and the Wicked Witch of the West and Andy Owens as Green and Monkeys. With an appearance by Shelley Atkinson as the beast and cameo performance by singer, Le Gateau Chocolat, as the Good Witch. The shows also features a community chorus with over 70 young people from all over the country who attended Creation Theatre Home Delivery, the weekly online drama workshops, portraying bees, Winkies, viruses and crows. 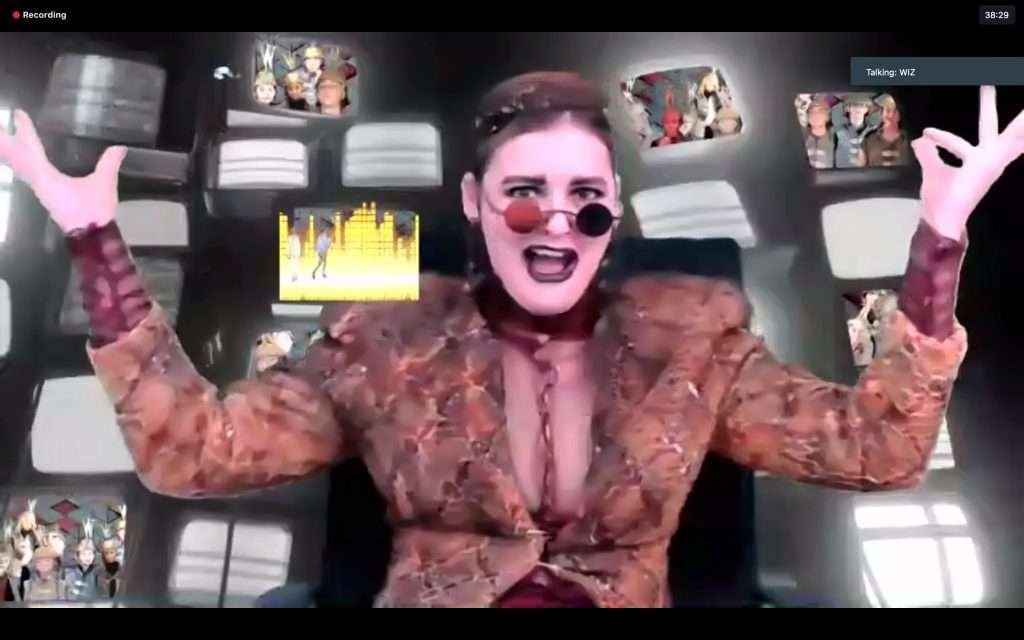 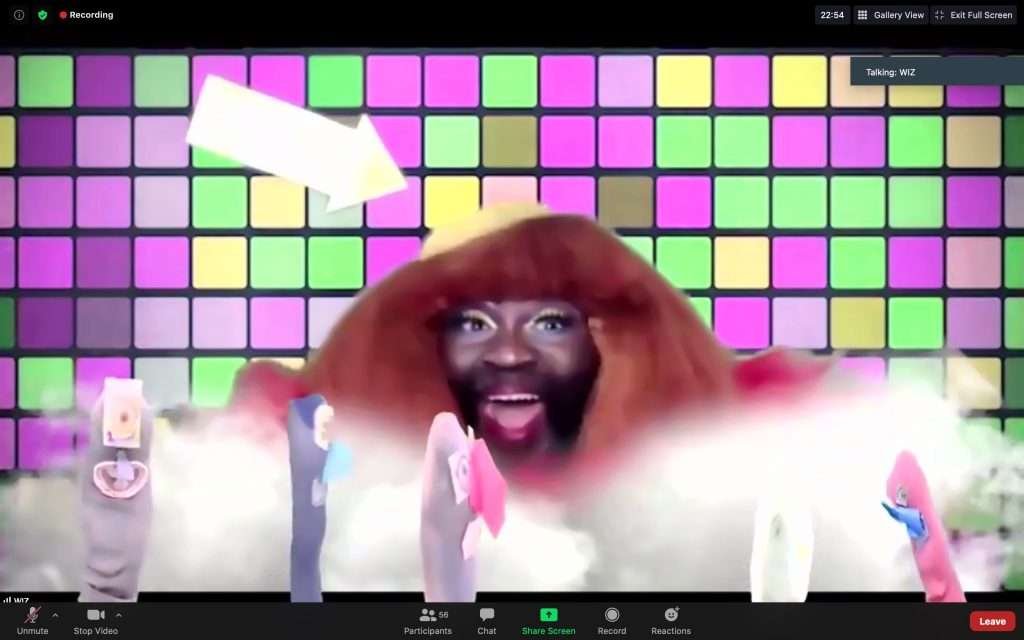 The story doesn’t change too much in its message from the original. The play opens with modern day Dorothy, a teenager who has lost hope in the world around her, laying on her bed, totally fed up with lockdown. Although a feisty teenager, it soon becomes clear that she lacks self-confidence.  Playing a video game Dorothy kills the evil Witch of the East and finds herself in Oz. She is given a pair of magic shoes by the good fairy and told to follow the Yellow Road to the end then ask the Wizard for help. En route Dorothy meets a delightful scatterbrain Scarecrow, a heartless Tin Man and a cowardly Lion who join her on her journey.

Don’t expect the demure Mid West Kansas country girl portrayal of Dorothy. With pigtails and gingham check dress replaced by braids and casual wear, this modern-day Dorothy is sassy, street-wise and questions what people tell her – representative of modern-day teenagers. Chloe Lemonius, conveys Dorothy’s angst, anger and frustration at her situation. Beneath Dorothy’s bravado we see her lack of self-confidence. A lovely performance throughout – it is hard to believe this is Chloe Lemonius’ first acting part on leaving drama college.

Singer, Le Gateau Chocolat, makes a cameo performance as the Good Witch. I enjoyed the exchanges and verbal sparring with Dorothy at the beginning.

Dharmesh Patel is impishly endearing as the socially awkward, balaclava wearing Scarecrow that takes everything literally. Patel uses his facial features to great effect. At times he is reminiscent of Rik Mayall’s rebellious Rik in the Young Ones. When the scarecrow says, “Imagine not having a friend. Can I have a friend? Just one…” How many of the audience, me included, said, “I’ll be your friend.”

Annabelle Terry is suitably evil as the cackling Wicked Witch, summoning monkeys, Winkies and others to attack Dorothy and her companions. She also plays the part of Wiz.

There are some laugh out loud moments, in particular when the Tin Man, Tom Richardson, makes computer-related quips and says his Step-Mum used to be a Sinclair, and in a reference to the 4G phone network quips, “Where’s Kevin Bacon when you need him?”. Simon Yadoo’s lion is looking for courage and at one point has a boxing match with a spider. There are many other surreal moments in this production.

Ryan Dawson Laight’s creative use of computer graphics, layered tones and animated film captures the magical, brightly coloured land of Oz. I found some of the flashing graphics overwhelming at times, but applaud the artistry of those involved in creating the convincing imagery. The graphic creativity works well and supports the storytelling. 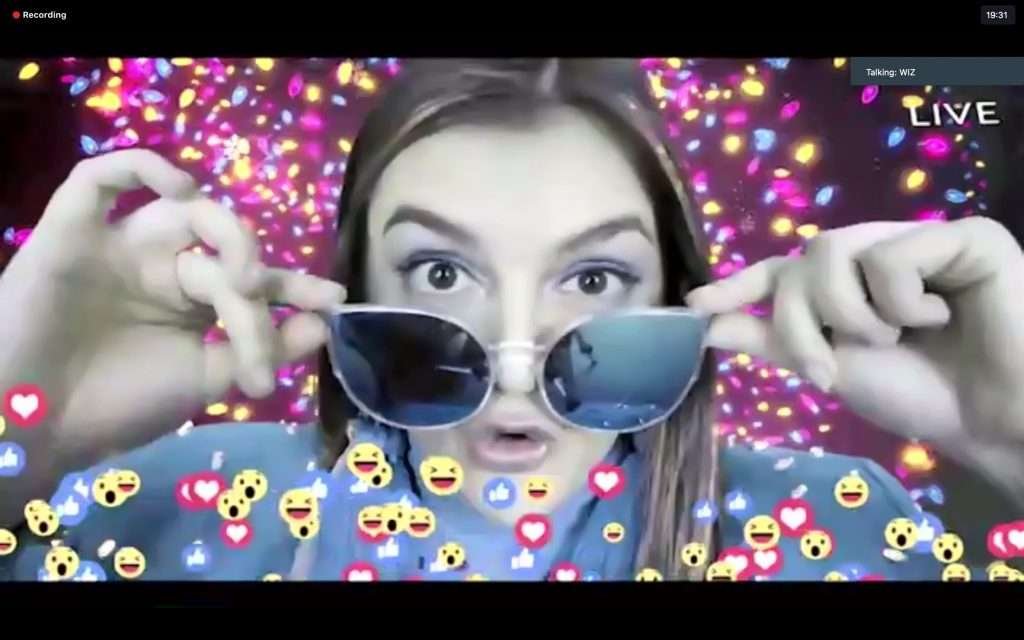 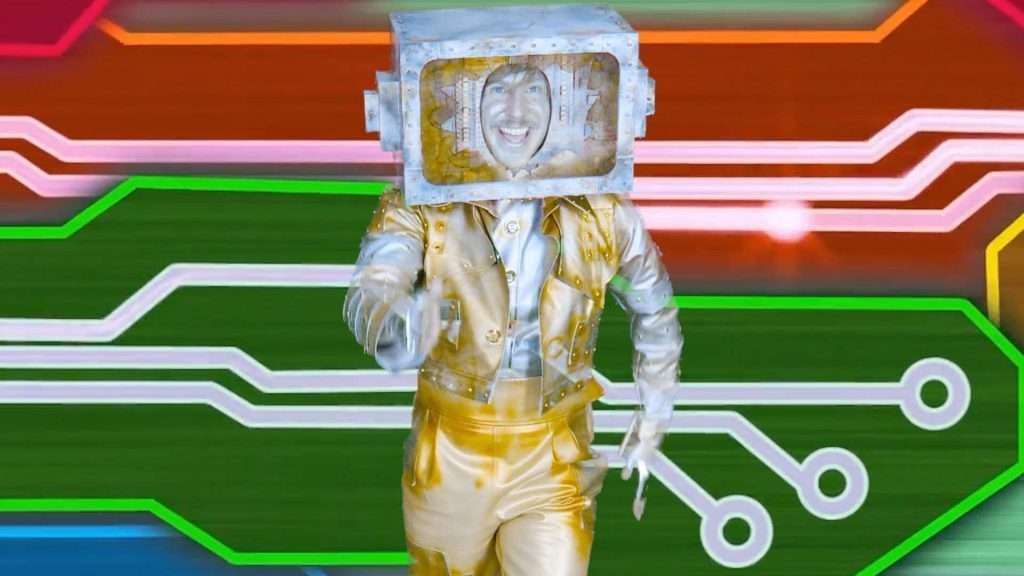 There are some lovely touches; the lion cushions on Dorothy’s bed, sock puppets as Munchkins, the make it stop placard that Dorothy holds up when Lion is talking. The portrayal of the Wizard as a modern-day influencer telling Dorothy to “find the magic and be you” is inspired.

Although not a pantomime, there was audience participation, of sorts. With no Toto cast the audience were told, “anyone at home, if you have a pet can you grab it now”. Suddenly my Zoom screen gallery view was filled with people hoisting their moggies and doggies aloft. It was a surreal moment to say the least. At one point I contemplated scrolling onto gallery pages 2,3,4,5 or 6 to see what other sort of pet people were holding up. A very fluffy cat with an air of disdain was chosen to represent Toto. I must admit, I love silly moments like this.

The songs in particular, Keep On Following Your Own Brick Road and How Can You Miss What You Never Had were short but nevertheless very enjoyable.

The production loses pace after the interval and would benefit from a slightly shorter running time of one hour for each act. That saying, I enjoyed the show and commend director Gari Jones and the the production crew for this modern take on a much-loved story.

The Wonderful Wizard of Oz is LIVE online in real time until the 3rd January. 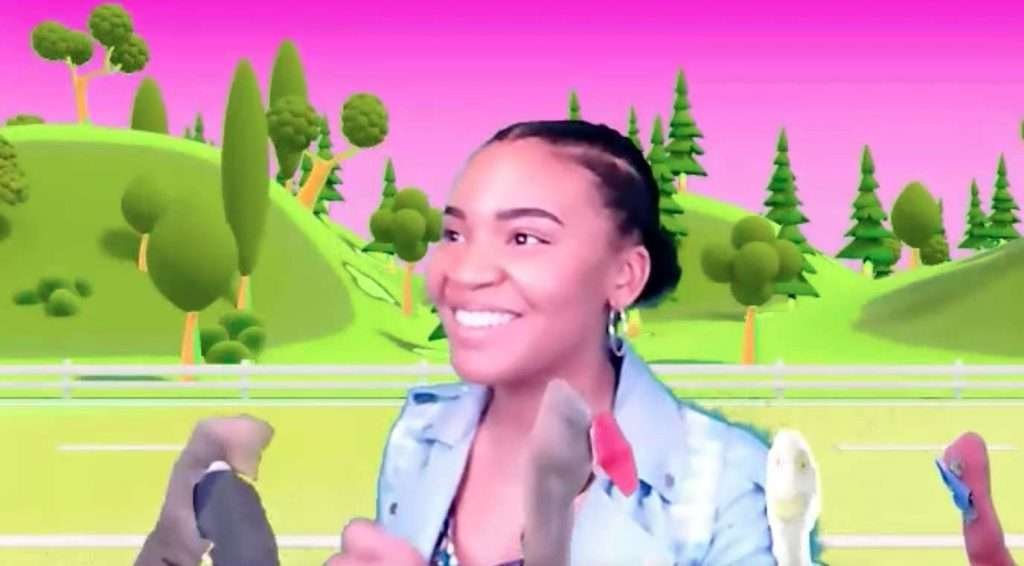 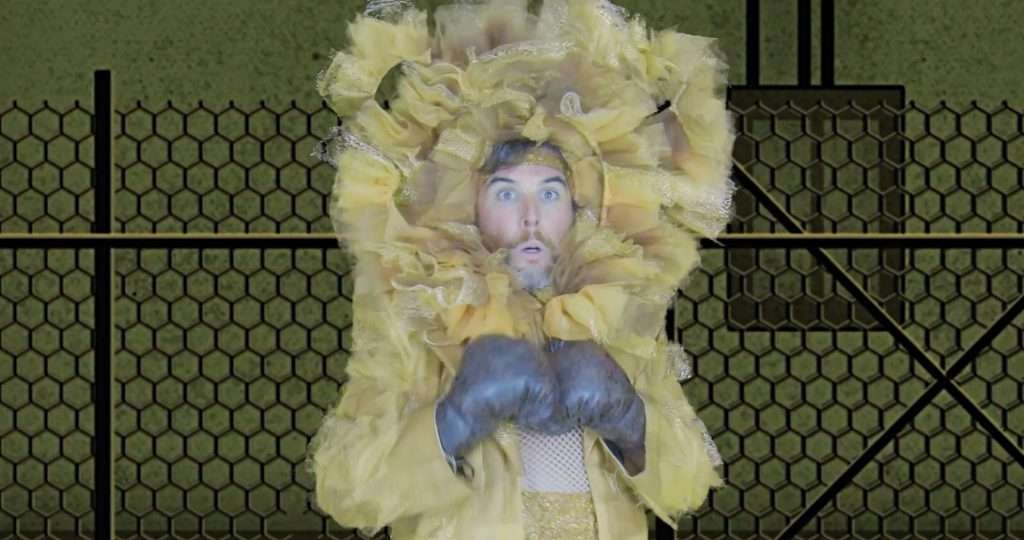