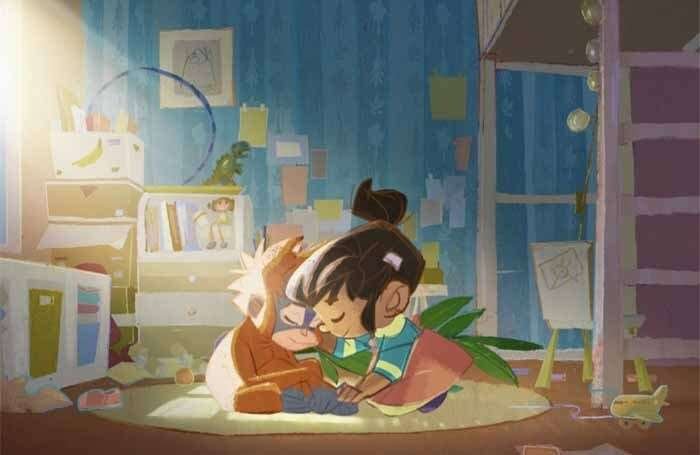 Show: There’s a Rang-Tan in my Bedroom and Other Stories

There’s a Rang-Tan In My Bedroom and Other Stories

This is a piece for 5-11 year olds with a loaded agenda. Its aim is to introduce children to the concept of habitat destruction and its relationship with big business and to suggest some things we could all do to help arrest it. It is, however, packaged with a lot of charm and artistry so that it still feels like a pretty decent piece of theatre for children – as we’ve long come to expect from Little Angel Theatre which is celebrating its 60th birthday this year.

A little girl finds a turtle in her bath and then an orang-u-tan in her bedroom. “There’s a rang-tan in my bedroom and I don’t know what to do” she says. We hear the orang-u-tan (voiced by Emma Thompson) and a jaguar says repeatedly “There are humans in my forest and I don’t know what to do. The turtle makes the same complaint about “my ocean”. Puppets sensitively operated by Ajjaz Awad and Aya Nakamura convey a real sense of vulnerability.

The 45-minute piece concludes with three suggestions drawn (sort of) from children in the audience: avoid palm oil, recycle and reuse as much as possible and eat less meat.

I especially liked the jaguar puppet which has huge feet and a nice stripey tail and the creation (design by Kate Bunce) of a minature domestic set including bed bath, lavatory and filled fridge all on moveable counter tops.

But the loudest cheer goes to the small boy who stood up at the end and declared that the palm oil industry must be stopped. “It destroys the environment and it isn’t good for you” he said.