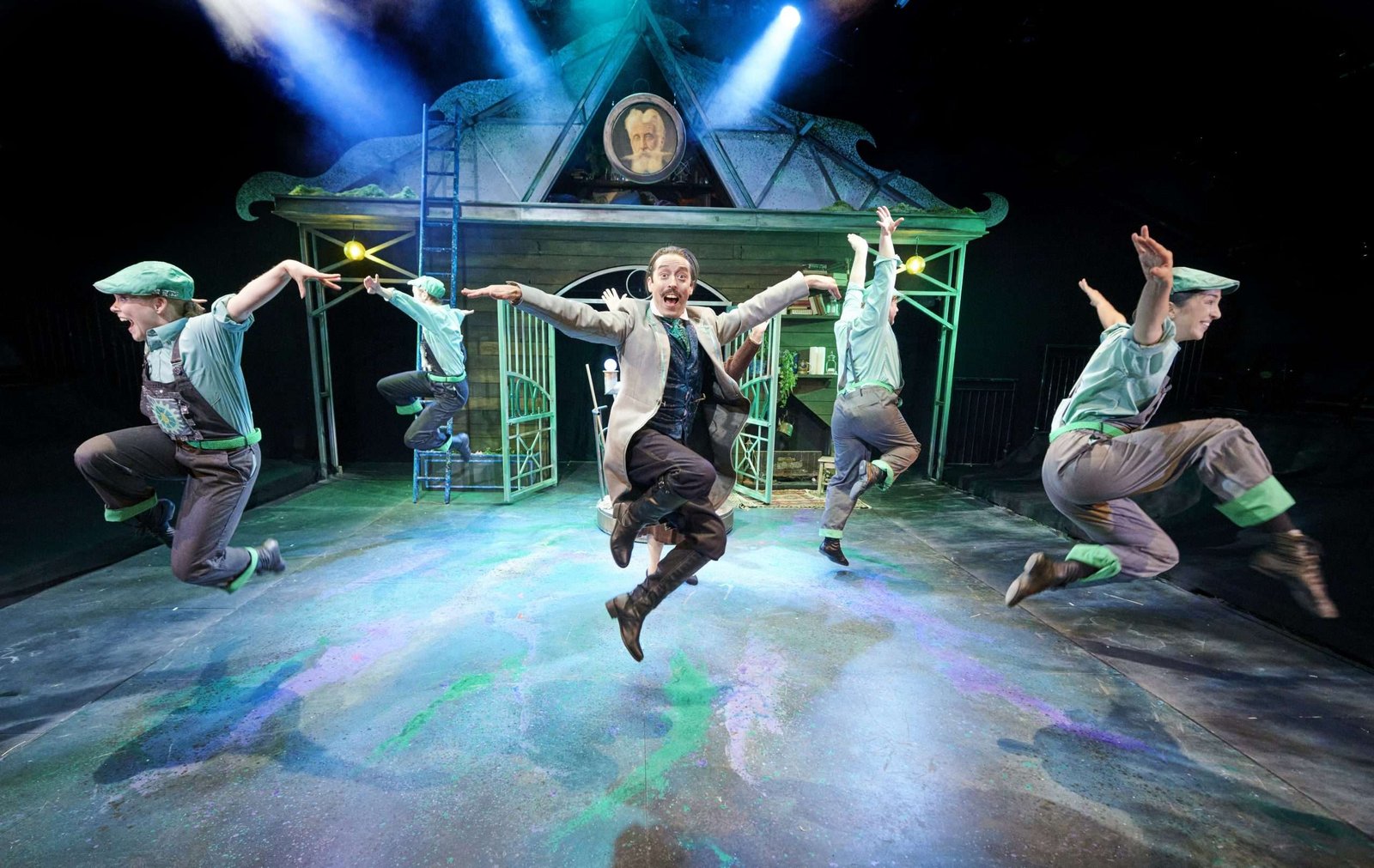 I just wish I could have enjoyed it at Southwark Playhouse as planned rather than gazing at the computer screen in my office – maybe soon …?

Inspired by Goethe’s poem which was made famous by Paul Dukas’s Overture with 20th Century reinforcement from Walt Disney, Richard Hough’s piece takes us to a small city somewhere in the far north. Here – I immediately thought of Ibsen’s The Enemy of the People – power is provided by a refinery which channels the power of the Aurora or Northern Lights. But the energy has been overused so climate change and other disturbances are settling in. Time to blow the whistle?

The issues and references come thick and fast. If the refinery closes a thousand people will lose their jobs – think of coal mines in the 1980s. At the heart of the piece are a father and daughter and we take a pretty close look at teenage angst and single parenting. He is a magician so there’s a nod at The Tempest just as there is at Hamlet when we are led to consider the tension between rational university science and magic: “There are more things in heaven and earth, Horatio, than are dreamt of in your philosophy.” And the first scene in the refinery is a bit like Charlie and the Chocolate Factory. It hints at topicality too.  Had there been an audience present there would have been a chuckle at one character’s determination to follow only “data, led by science”.

So there’s certainly plenty here to keep you thinking but it’s also a powerful, very engaging story in which every character is fully drawn and developing. And there’s an unexpected plot twist to keep you on your toes.  David Thaxton is superb as Johan Gottel, the magician, bringing a wide range of moods to his character – at one level he’s simply a dad worrying about his wayward daughter who reminds him very much of her late mother. At other times he is a gentle advocate, a leader, and sometimes very angry or sad. 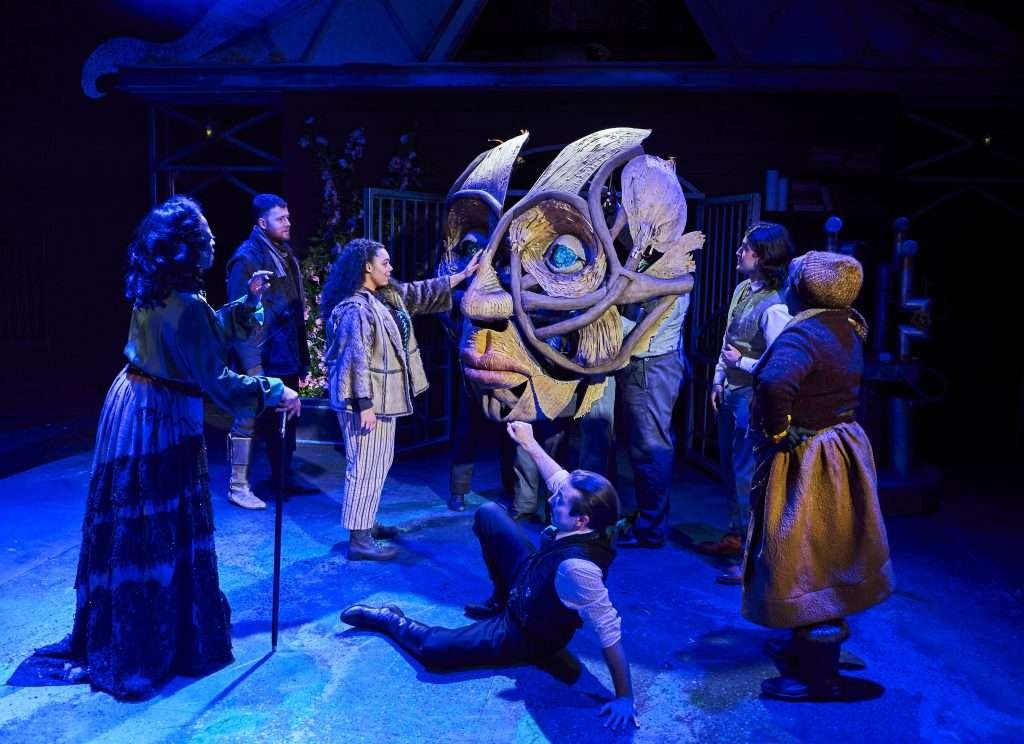 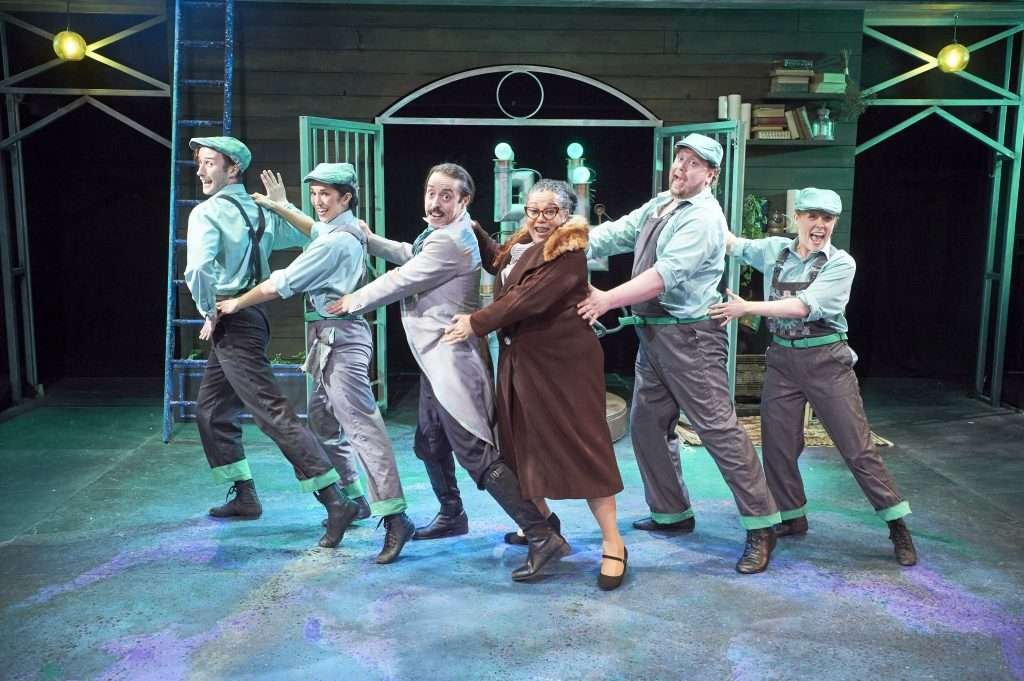 As the eponymous sorcerer’s apprentice, Mary Moore has innocent charisma and a lot of passion. She wants to be listened to and understood but she is literally spellbound and you can guess what happens when she tries to show a man she is gradually coming to fancy – a visiting southern scientist (Yazdan Qafouri,   good) – how magic works.

The broom puppetry is a real highlight and the final scene (no spoilers) is magnificent with the six members of the main cast singing in six part harmony to highlight the action. The drama of this will stay with me for a long time.

I enjoyed each and every one of Ben Morales Frost’s songs which blend seamlessly into the action and are all well sung but they’re not earworms. The four piece live band (MD Alan Williams) does a fine job too.

The cast of six is supported by an ensemble of four who also play lots of minor roles and there is some doubling so this manages to quite a complex story with plenty of action. I especially liked the barbershop close harmony backing group beneath Marc Pickering’s bravura number when we first see the refinery and the use choreographer, Steven Harris, makes of the ensemble to represent the aurora with glittering, swirling bands which they swing around themselves and others. 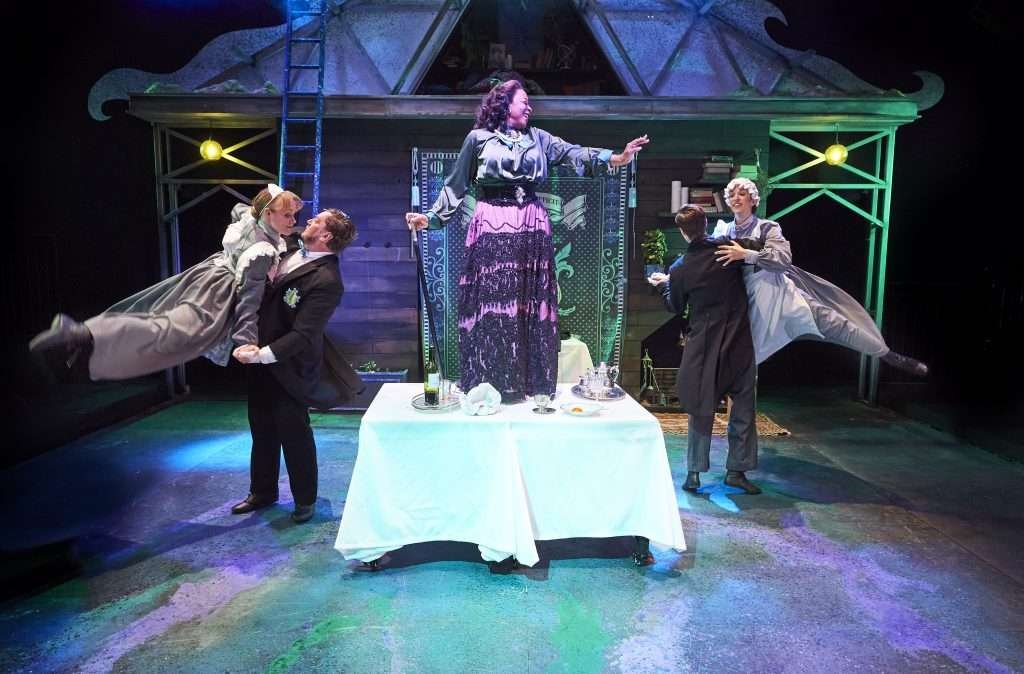 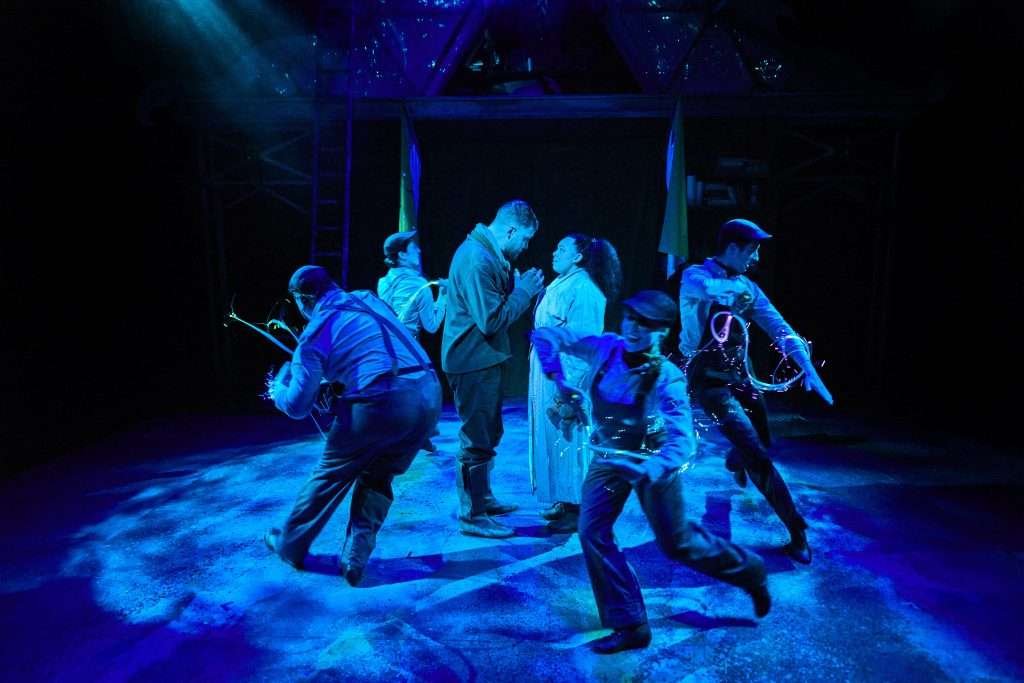