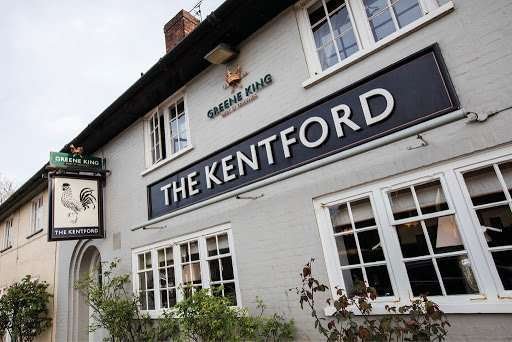 There are few more congenial places to be on a sunny Saturday afternoon than a spacious Cambridgeshire pub garden watching a sparky take on a Shakespeare comedy – notwithstanding the woofy dog who clearly isn’t fond of blank verse and had to be taken out!

Half Cut Theatre’s 80-minute, six-hander Twelfth Night is ingeniously abridged by Alex Wilson, who also plays a gloriously hedonistic Sir Toby Belch. I admired, for example, the opening scene which intercuts Orsino’s “food of love” speech with Viola’s arrival in Illyria using Feste (Grace Liston – good) as quasi narrator speaking most of the Captain’s speeches against a recurrent sea shanty.

In a production full of versatility and energetic talent, James Camp is outstanding as a deliciously effete, wimpish Sir Andrew Aguecheek in a ridiculously OTT red silk jacket. He then morphs, frequently and convincingly, into Malvolio whose pained grimace and tortured West Midlands accent is a comic delight.

Francesca Baker’s Viola is feisty, passionate and plausible. And her doubling as her twin brother Sebastian works much better than I though it would with a reversible jacket, a deepening of voice and adjustment of body language. The story telling here – as throughout this production – is unerringly clear.

There is also a fine performance from George Readshaw as a self-interested Orsino of ambiguous sexual leanings. And Verity Kirk does well doubling the lofty, frustrated Olivia with a delightfully attractive, intelligent Maria who gulls Malvolio with panache.

It’s a production which respects Shakespeare without being fussy so we get the occasional substitute line or word and some very funny asides as well as songs by Ollie King (several actor-musos in this cast) setting part of Shakespeare’s words but adding more.

It is a warmly enjoyable show (unless you’re a dog). Catch it if you can. 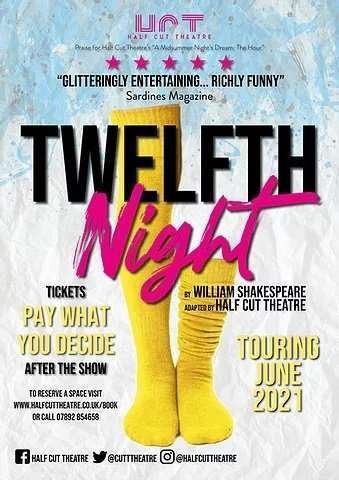