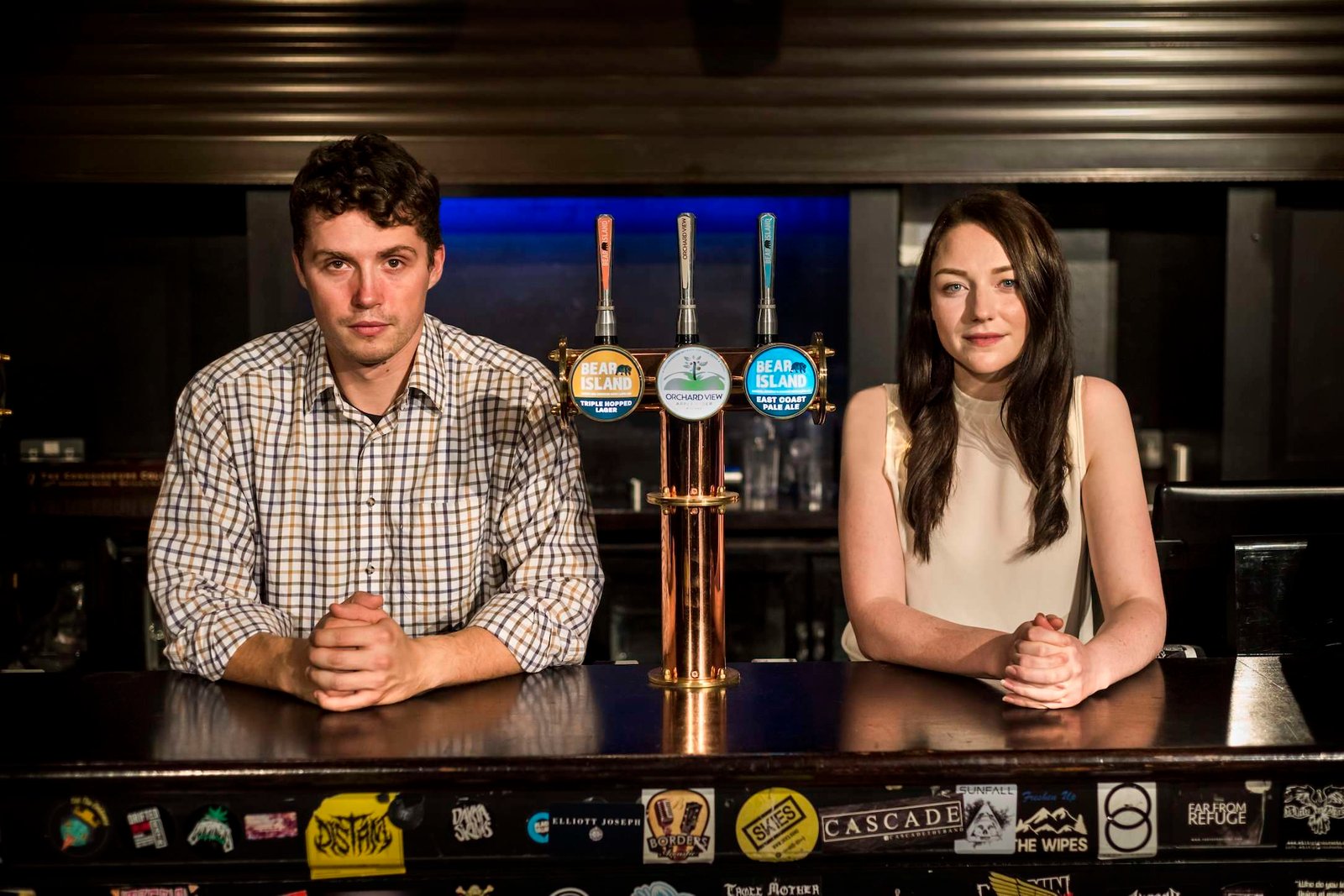 Venue: The Back Room of The Star Inn, Quarry Street, Guildford

My last review for Sardines was of a performance in Guildford so it was fitting that my next comes from the same location although a different theatre. The Guildford Fringe Theatre Company have planned an impressive range of productions for the next few months, although the current 4 week lockdown has caused some rapid rearrangement.

I was expecting to see Two by Jim Cartwright in a socially distanced room at the Star Inn; I still did so, but on my computer rather than in person. The production switched midweek from live and in person to digital, a remarkable achievement. Many companies have managed some form of live or digital performance, but few will have switched from one to the other midway through a short run. After watching a number of readings and concert performance online, it was good to see a full scale production.

With a mixture of close-ups and long shots, the digital version of Nick Wyschna’s production comes over well but still retains something of the feel of a live performance. Laurie Duncan and Clare Marlein play all the roles in a play which, though dated now and first performed in 1989, does have something to say about couples and the ways in which people need each other. Duncan is particularly good at indicating the menace below the surface in some characters, and Marlein manages to change her appearance as well as transform herself in other ways when playing a wide range of characters. Both actors are skilled at the necessary switches of accent which help to differentiate the characters.

The necessary exits and entrances were well managed and it would have been good if I had been able to attend a live performance when presumably the action would have taken place among the audience. The scene was quickly set by the bar and fittings, although with these and props like a handbag in use, it jarred somewhat that drinks in glasses were all mimed.

If at times on a small screen the tone seemed slightly unpleasant and the emotions a little overwrought this was in no way a reflection on actors or production but an indication of the time in which the piece was written. It is also inappropriate to compare it with the type of small screen acting seen in more naturalistic soap operas. Despite these small reservations, this was an engrossing hour of theatre, online or not, and let us hope that Guildford Fringe Theatre will have no last-minute problems when opening their two pantomimes this year: an adult one at their base in Guildford and a family panto in Godalming.