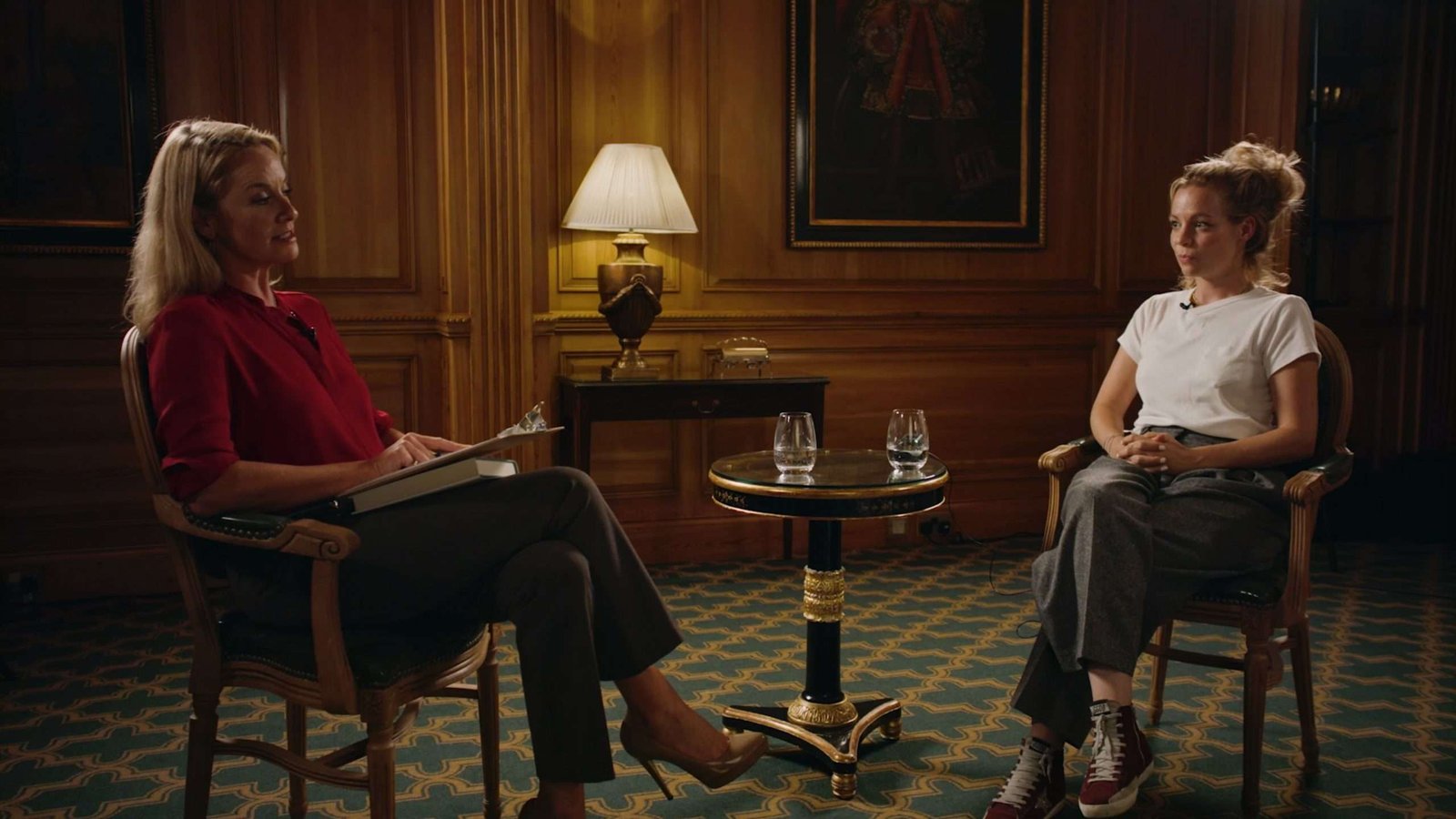 Show: What A Carve Up!

Venue: Online screening: Once you have purchased your ticket you will receive a booking confirmation including your screening link. This link will expire after 48 hours

Credits: By Henry Filloux-Bennett, based on the novel by Jonathan Coe. A co-producion between the Barn Theatre, the Lawrence Batley Theatre and the New Wolsey Theatre

What A Carve Up!

The old adage ‘the show must go on’ seems more relevant than ever during the current climate of lockdowns, fire breakers, theatre closures and other restrictions impacting our industry. For regular theatregoers like myself it is refreshing to see how theatres adapt and reconsider ways to reach their audiences. Interactive Zoom productions, radio plays and digital online streaming are a welcome return to theatre, albeit in a different format.

What A Carve Up! is a co-production between the Barn Theatre, Lawrence Batley Theatre and New Wolsey Theatre. Written by Henry Filloux Bennett, What A Carve Up! is a brilliantly clever adaptation of ‘The Winshaw Legacy’ by acclaimed novelist Jonathan Coe, which tells the story of the Winshaw family, a dysfunctional, yet powerful corrupt family who reign supreme in Thatcherite Britain. I read the book a few days before watching Filloux Bennett’s play and, though not a prerequisite to read the book, absolutely enjoyed his cleverly scripted take on the original.

Directed by Tamara Harvey the docudrama style of this digital production works well, telling the story using a variety of styles and genre. More film than animated play, the creative mixture of archive footage, photographs and various voice works as a piece of theatre. Inspired use of flashbacks and retakes only serve to strengthen the story and link the threads.

Coe’s original story focusses on Michael Owen, a novelist who has been commissioned to write a history of the Winshaw family. Along the way he meets or is personally affected by unscrupulous members of this family, who in positions of power influence or control the media, healthcare, the arts, banking, agriculture and the arms race of the late 1980s, early 1990s. The way each of the Winshaw family is killed very cleverly reflecting their foibles and self-serving transgressions.

The title, What A Carve Up!, refers to a 1961 Ealing Comedy starring Kenneth Connor, Sid James and Shirley Eaton. The link between film and book is a country house, the reading of a will and murder. In the book, Michael Owen remembers watching a scene from the film as a young child but doesn’t see the whole film, his mother drags him out of the cinema as Shirley Eaton starts to undress in front of Kenneth Connor. Adult Michael, fixated by that image as a child then discovers that he can watch the film on VHS using freeze frames and the rewind button. Fast forward thirty years to Henry Filloux Bennett’s play which cleverly takes the same freeze frame and rewind concept and incorporates them into this story to great effect. What A Carve Up! focuses on personal recounts and TV interviews about the murders. 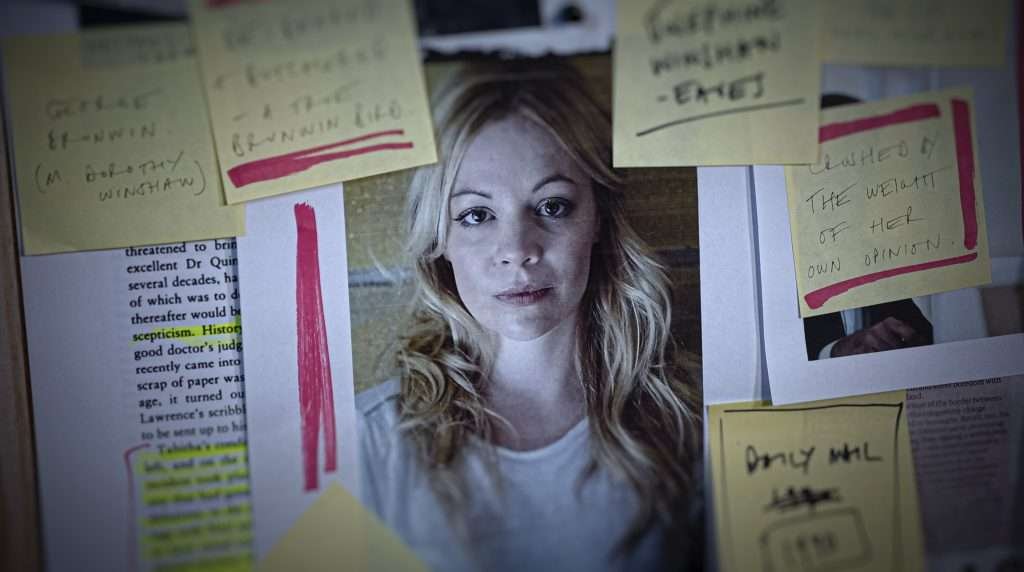 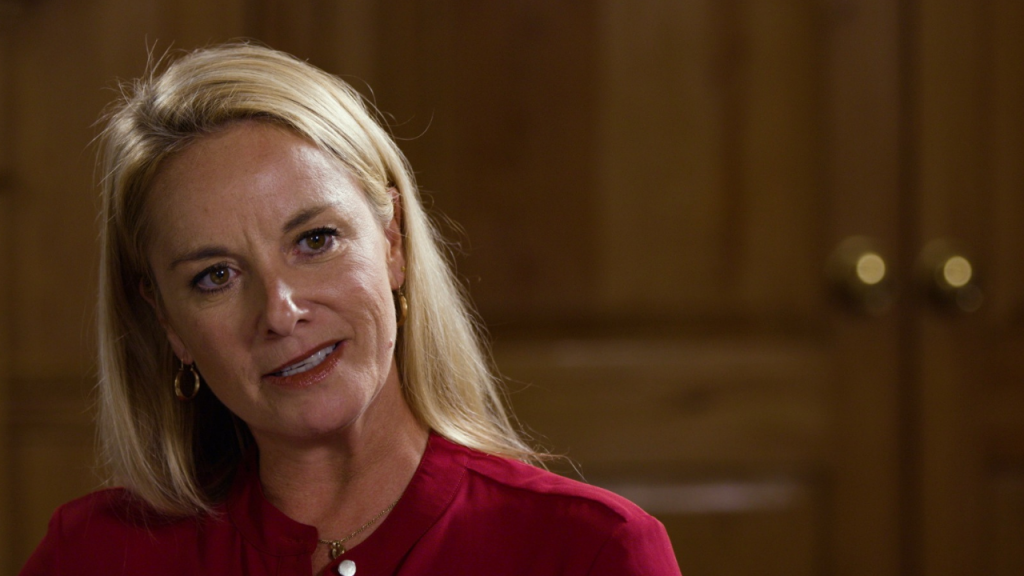 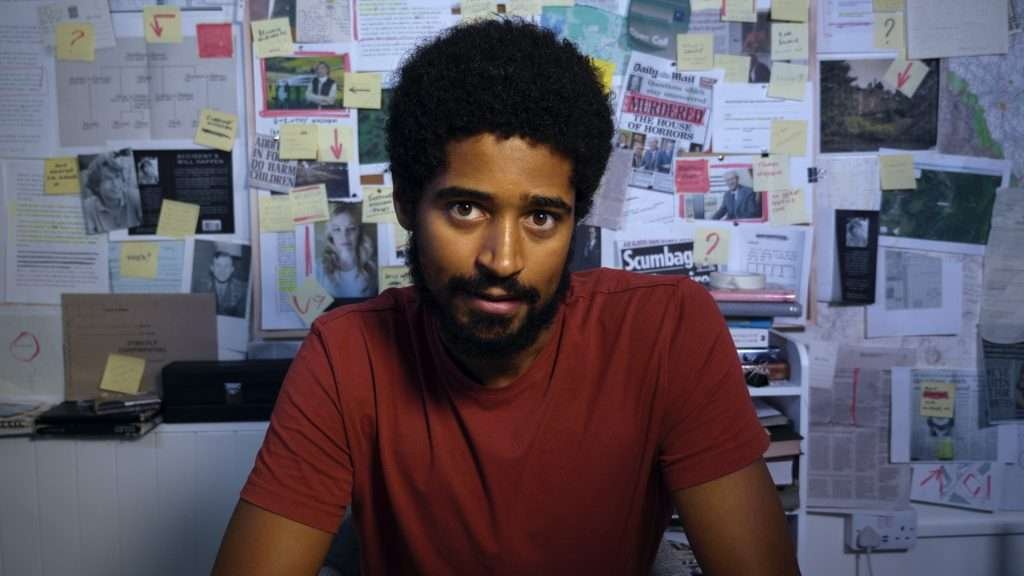 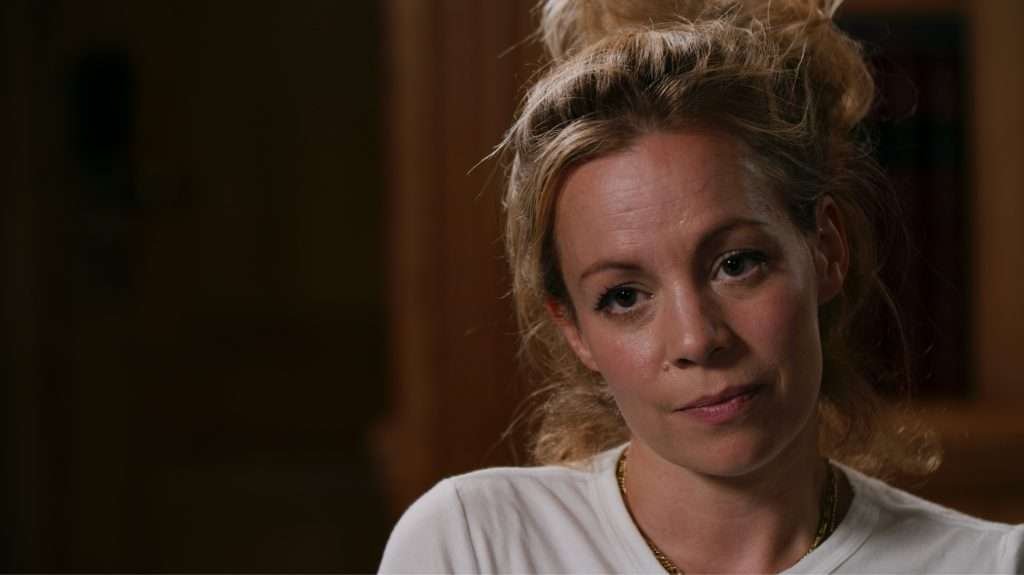 The main story is told by the thirty-year old offspring of two of the main characters. Alfred Enoch plays Raymond Owen, who is determined to discover the truth behind the bloodbath at Winshaw Towers and find justice for his father, Michael. Enoch is believable as the son, totally convinced of his father’s innocence. Raymond’s initial amateurish attempts to deliver a YouTube podcast to camera, resonate with the audience. We feel his distress, see the bewilderment in his face and hear the anger in his voice. In complete juxtaposition is the structured televised interview with the sole survivor of the Winshaw family, a lovely portrayal by Fiona Button, of Josephine Winshaw-Eames, who, like the corrupt members of her late family, consider themselves to be above the law and beyond reproach.  Fiona Button gives us those petulant moments when she is walking along the street vlogging and irritation as she replies to the interviewer with, “tomato, tomato” when frustrated with the line of questioning. Tamsin Outhwaite is excellent as the interviewer who, when asking a leading question is soon reminded of just who is in charge. You can see her frustration and self-control in not going for the proverbial jugular.

The great thing about this digital collaboration is the stellar cast which includes; Sir Derek Jacobi, Stephen Fry, Griff Rhys Jones, Sharon D Clarke, Celia Imrie, Robert Bathurst, Jonathan Bailey, Samuel Barnett, Dervla Kirwan, Catrin Aaron, Jack Dixon, Rebecca Front, Lizzie Muncey, James McNicolas and Julian Harries. I was quite excited to learn that Sir Derek Jacobi had been cast to voice Findlay Onyx, an absolute gem of a character. If there is a film of ‘The Winshaw Legacy’ Jacobi is my ideal choice for the part. But I digress…

Twenty-five years after the book was published What A Carve Up! recaptures the political satire and evokes comparisons of the Thatcherite era to modern day.

What A Carve Up! is ultimately a murder mystery. At the end of the play we have been presented with the facts, first-hand experiences, second-hand observations and a seemingly third-rate police investigation by the detective in charge of the murder inquiry. The beauty of this play is that it is left to us to consider the evidence and make our own minds up.

Full marks to all involved with this wonderful production. More of an aural experience, the story is compelling, nonetheless. Long may theatre continue to tell exciting stories, whether that be online plays or socially distanced live performances.

What A Carve Up! is available to watch online and runs until 29 November 2020. Tickets can be purchased at www.whatacarveup.com