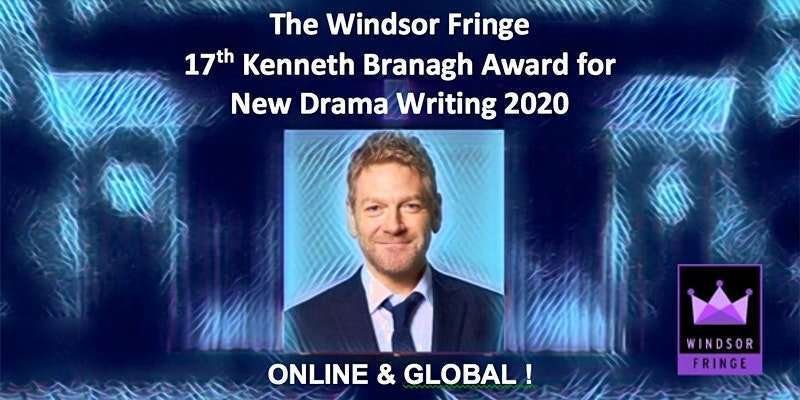 This is the fourth time I have reviewed the performance of the three finalists of The Kenneth Branagh Awards for new drama writing. This is the second time that the award for best play (as written) has matched my assessment of the play as performed. That said, this is a completely unique situation as we are in the middle of a global pandemic. That the Windsor Fringe have managed to put this event on is beyond complement – it is a truly fantastic achievement, and everyone involved should feel proud.

The opening play, Only Human by Ricky Davis was the winner of the award. I watched the play twice, one advantage of performing the play on-line. The first time, the play seemed okay, but the second time it was clear why this was the winning play! That said, there may be a different winner when the play is performed but in this case there was not. The opening play was the best performed, the second was only done as a radio play and the third was not quite as sharp as the first.

Only Human  is a triumph of staging (one presumes as a consequence of excellent directing) as the audience are given a number of different insights into the concept of humanity through the opening recording, an initial encounter between the father and the robot, a transfer to a courtroom where the father has a lawyer as well as there being a judge speaking from the audience and a continual transfer between real life and the courtroom signalled by the a choreographed scene change using the shiny cloth on the table and chairs set in front. The scene changes perhaps six times, always with the same rhythm but with differing ways of changing the cloth.

The lead actress is Laura Allen who is the focus of the plays purpose – can a robot be a replacement for a human. She plays the robot to perfection with just enough automaton like movement but with a deeply persuasive humanity. She plays opposite Reece Richardson who captures the humanity of a man thrown into confusion by the death of his wife. This leads to alcohol abuse and a general level of absence from his children. Amy fills the gap by being an ever-present mother figure.

The play is configured around a courtroom battle when the father decides he no longer needs Amy to look after the children. His lawyer is played by Kate England. She captures the simple truth that, however imperfect the father, he is human, and no amount of bad behaviour allows him to be trumped by a robot. She is clear and focused and gradually achieves the objective of making it clear that the father is in the right. The performance is excellent, and this is especially the case when Amy exposes the fact that the lawyer is also a robot!

The colour in the play is achieved by the writing of the part of the father. He is a very human figure with a wide range of emotions. Reece Richardson captures his personality beautifully.

A final remark must be made about the judge, played by Julie Armstrong, who plays her part entirely from the audience and so is not seen – only heard. She is excellent and captures the essence of the play with her statement at the end, “A good actor is no substitute for a good parent.”

So to the writer, Ricky Davis and the director, Amanda Noar. Both are to be congratulated on a very thought-provoking piece. Ricky had a truly clear idea of what this play was trying to achieve, posing a question over the idea that humanity trumps robotic excellence. Amanda delivered on this notion throughout, notably at the end by creating a tension between the closing speech of the judge (in the audience) and the personalities of the three players (on stage), despite two of them being robots. 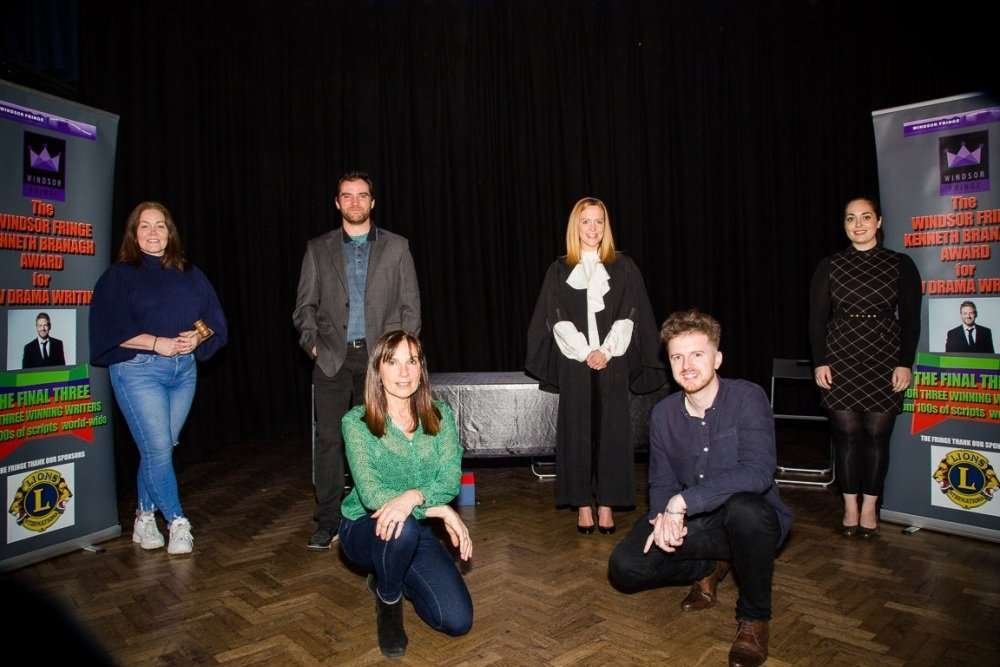 The second play, The Steps to the Stage by Richard Brabin was performed as a radio play with the performers standing at microphones. Interestingly I completely failed to understand the play whilst watching but when I listened to it a second time it was excellent. That said, the end of the play completely disappeared as its impact was entirely visual. The key element to this ending was the donning of swastikas and this could easily have been achieved with all the players saying “Heil Hitler” perhaps at different times and with different intonations.

The fact that the play worked as a radio play is a complement to the director, Izzy Parriss. One felt completely “there” from the first moment to the last. One got the sense of being with the family before their guests arrived, then engaging with new arrivals, then listening in on the private conversation between the two lovers, further engaging with the whole group, some more intimacy between the lovers and finally, the denouement, when the lovers announce their intention to marry to the astonishment of both families.

The situation of the play is Germany in 1933, when Hitler had just come to power and his followers were beginning to flex their muscles especially in relation to the Jews. The point of the play is that these are two perfectly normal families who are brought together by the relationship between their son and daughter, except that one of the families is Jewish. Friendship is just about possible, but the love expressed by their son, in his final speech, tests their relationship to, and beyond breaking point. The audience is left with an image of two families donning swastikas and left to fill in the blanks of what happened subsequently.

Each of the actors captures the essence of their characters with the host father evoking a fundamental antisemitism, his wife simply following his lead but his son showing a new freedom which he has little inkling is about to be extinguished for more than ten years. The Jewish father tries to be normal, but he can see that his world is about to end. His daughter though has no idea of what is about to become of them.

All the actors capture the essence of their characters. Nick Waring, as the host father has a scary, unspoken menace which evokes everything about the world the Nazis wanted to create. His wife played by Hermione Gulliford has the somewhat pitiful acceptance of her husband’s prejudice which must have been true of a large portion of the German population at that time. His son, played by George Parker, has a lovely openness about the future. The Jewish father, played by Gordon Kennedy, evokes throughout a desire to live within the current constraints but with a hint of what might be about to happen. His daughter, played by Kirsty Maclaren, is beautifully naïve throughout but still manages to capture an unspoken despair.

One wonders if the writer of the play, Richard Brabin, had considered the way that the play would be staged. Had this play had a live audience, it would have had to be staged differently. That said, in these stringent times, the play worked well and only required some adjustment at the end to make it work as a radio play. 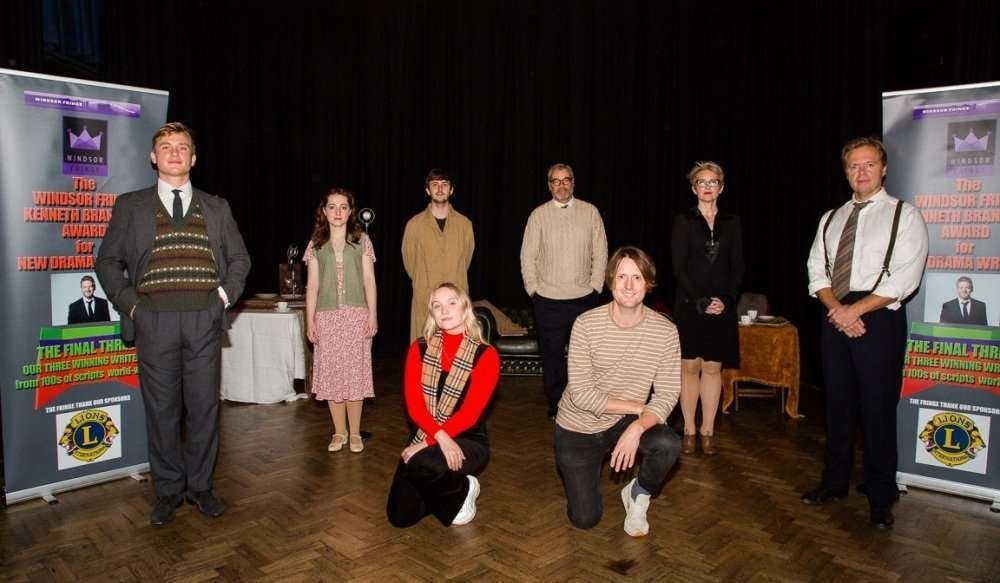 And so to the final play, Touch the Moon by Arianna Rose. The play was carried by the staging in front of an amazing moon and by the performance of the central character, played by Sophie Todd. Her performance was superb and, notably, her diction was crystal clear throughout.

The play is exactly in the space where all parents find themselves as their children leave home. Will the child respond appropriately without the immediate advice of the parent – or will they take unnecessary risks that might rebound upon them? In this case, the mother realises too late that her parenting has been inadequate but now it is too late to fill the gaps. The daughter meets a young man who has little regard for her welfare or indeed the welfare of any of the young women who cross his path – with tragic consequences.

Sophie Todd, along with the director, Richard Elson, capture what appears to be the entire point of the play in the opening sequence in which Sophie dances to energising music in a long sequence in front of the moon before collapsing into the sand – dead.

There then follows a sequence in which the daughter and her mother play out a series of overlapping speeches in which they both come to terms with fact that the daughter is dead. This part of the play is beautifully written and whilst Sophie captures it exactly the mother, played by Laura Kay Bailey, captures it almost but a slight tendency to be indistinct with her words and also a slight tendency to rush means a slight loss of focus.

The next section introduces the young man, clearly in prison, as he is hectored by the mother to tell her what happened. This is followed by a section in which the daughter and the young man, played by Tristan Alexander, flash back to their initial engagement when they are attracted to each other. Tristan does not quite get this right as one feels that he is remembering his lines (which he does) but not quite free to express his emotions.

The next sequence as the mother hectors him is better but the changes of gear as he keeps saying that what he has just said is not true feels a bit false – perhaps down to the writer not the actor. What follows is a clear statement by the boy that “maybe” the facts are wrong and is a brilliantly acted section that shows what Tristan is capable of. Indeed the mother also opens up in this section which prepares her for a clever, flashback interchange with her daughter as she is packing to leave. In this section we see Laura acting much more freely and with a more genuine response to the actions of her daughter. As an audience we are beautifully surrounded by the feelings of motherly love – though the final interchange of this section where both declare their love for each other could have been more sincere.

The ending sequence of the play where the boy is tormented by the two women and ends with him saying, “and now the truth” nearly works but just loses a bit in the timing. That final phrase is what the play is about but because of the imbalance of the performances it feels more like a play about the girl, which it isn’t. It’s about the truth and how we often never quite get there. 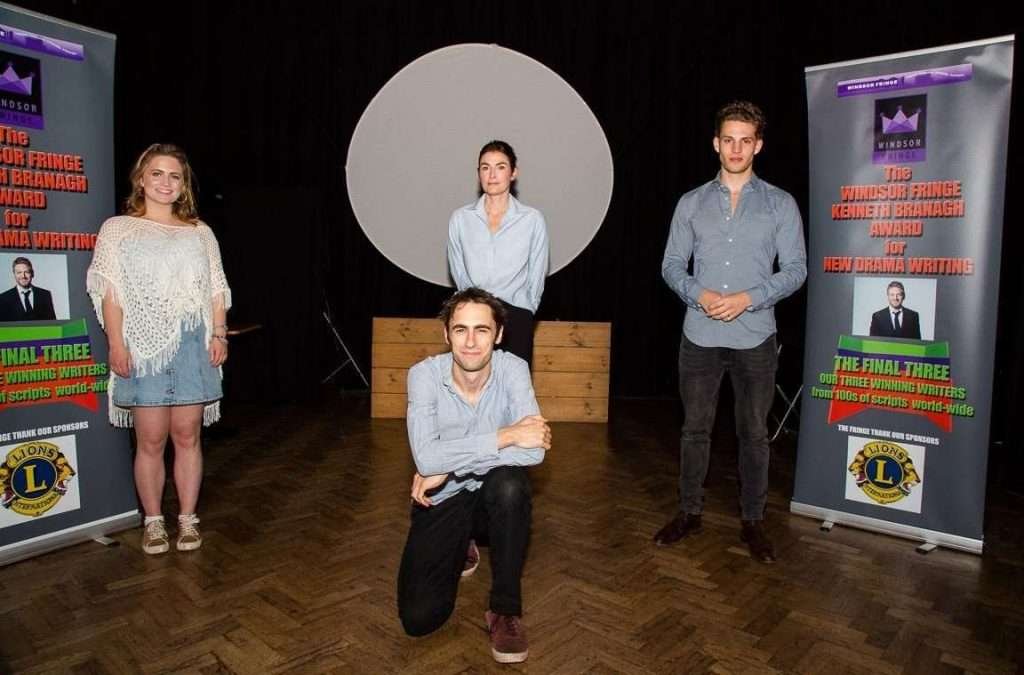 So three plays presented over the internet when they should have been in front of a live audience. No matter – it worked beautifully, and all are to be congratulated on a fascinating presentation of drama at its best. I hope that this show can be seen by as wide an audience as possible.