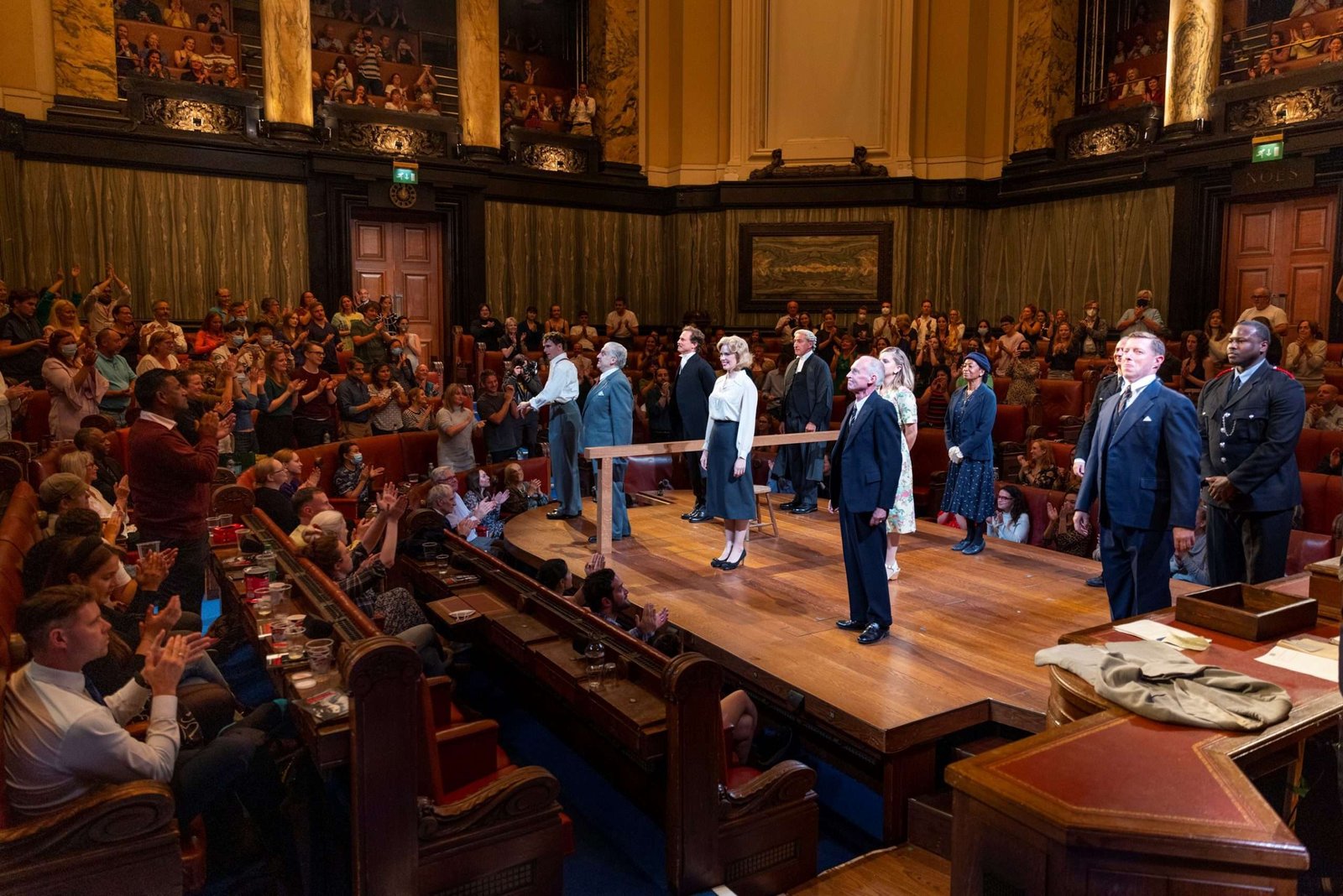 Show: Witness for the Prosecution

Witness for the Prosecution

This play, written by Agatha Christie, certainly offers a unique experience; the acting is superb and the creative and production team cleverly re-create a ‘jury’ for the audience.

Upon arrival at London County Hall, we are instantly immersed within the ‘courtroom’ experience as judges walk the corridors and a bell is rung to signal that proceedings are due to commence.

You know this is going to be different to your regular evening at the theatre; the grandeur of the County Hall itself sets a precedent and feels somewhat official.

Taking our seats in the Chamber, we immediately feel a sense of responsibility, like we are there to offer our own judgement. An uneasy atmosphere ensues as we become very aware of the ‘police officers’ standing on guard at the courtroom doors around us and then a spotlight suddenly illuminates the judge sitting before us.

We are thrown into the trial of Leonard Vole who is dragged, pleading, in front of Mr Justice Wainwright before being convicted of murder, and led to his death by hanging. Yet, we are left unsure whether this is the end or whether this is what Vole may face if events take a turn for the worst.

We are then taken back to the beginning of the story, as the cast transports us to Sir Wilfred Robarts’ office, moving the set through meticulous and slick choreography.

Joe McNamara makes his West End debut playing the naïve and nervous Leonard Vole who is accused of murdering his older companion, Emily French. The evidence is stacked against him, but we warm to McNamara’s insecure and jittery portrayal of Vole – sure of his innocence and certain he is the victim, in the wrong place at the wrong time.

Emer McDaid brings charisma and self-assurance to her depiction of Romaine Vole and despite watching her testify against her husband, she remains a humorous and charming character.

We put our faith in Sir Wilfred Robarts, played by Jonathan Firth, who brings self-assurance and poise to his role, also believing his client to be innocent.

We follow the twists and turns of Vole’s trial and even until the very end, we remain shocked by the constant revelations brought about by new evidence and unexpected truths.

It is impossible to fully review this show for fear of revealing the many elements that really make it unique – being ‘sworn to secrecy’ means that you will just have to see it yourself to learn the truth, the whole truth, and nothing but the truth!