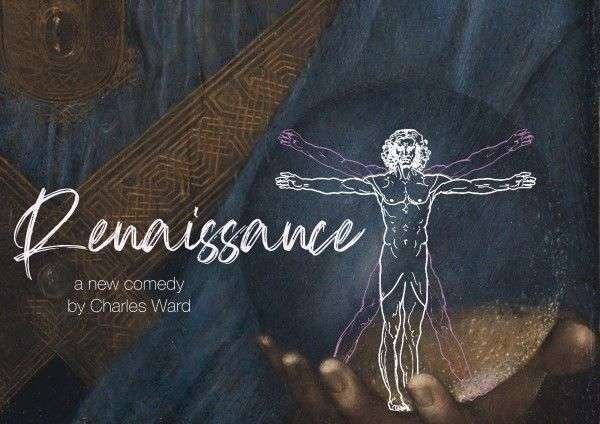 This production enjoys one of the most exquisite settings I’ve seen in quite a while. Stephens House and Gardens in Finchley was the home of ‘Inky’ Stephens – the man who made his fortune from Stephens Ink. His bothy garden is a self-contained walled space which could have been designed for theatre with an entrance at both ends and one on the side. It’s good for sound too despite the wind rustling the trees and children playing in the distance. All the cast needed were the unobtrusive floor mics and a couple of speakers to make the whole thing very audible.

Charles Ward’s six-hander play, directed here by Emma Butler, is a playful exploration of the time when Machiavelli and Leonardo da Vinci both lived in Cesare Borgia’s court. They switch identities and try to pull the wool over various people’s eyes, especially three key women. Imagine all the dramatic irony of Cosi fan Tutte or As You Like It spliced with some of the absurdity of a modern TV sit-com. And it’s all written in verse, mostly iambic pentameter with a lot of internal rhyme such as “gazing at the Christ child blazing” or “a mirage, a meaningless, worthless entourage.” Yes, it’s an ambitious piece but it mostly comes off without getting too bogged down in its own elegant cleverness.

James Corrigan, as Cesare, is very good at delivering high flown rhetoric punctuated with modern mannerisms and asides. He makes it sound very natural and his performance creates an appealing charisma.

There’s a fine performance from Hannah Morrish as Lucrezia too especially in the scene when she tells Corrigan’s character that she can’t sleep with him because she has the ‘Swiss Disease’ which is much worse than the French one a.k.a. syphilis, because it causes men to turn into women. It’s farcically funny.

Haydn Gwynne brings the witty hauteur she excels at to Isabella d’Este and Nicholas Limm is funny as Machiavelli particularly when he’s wrong footed. Akshay Sharan’s Leonardo is both put upon and pragmatic and Bethan Cullinane is sexily cunning at Caterina.

All this is staged on a small circular stage in one corner of the leafy ‘auditorium’ and the cast simply wear modern clothes in shades of white, beige and dusky rose so that there’s visual serenity to contrast with the conflict between characters.