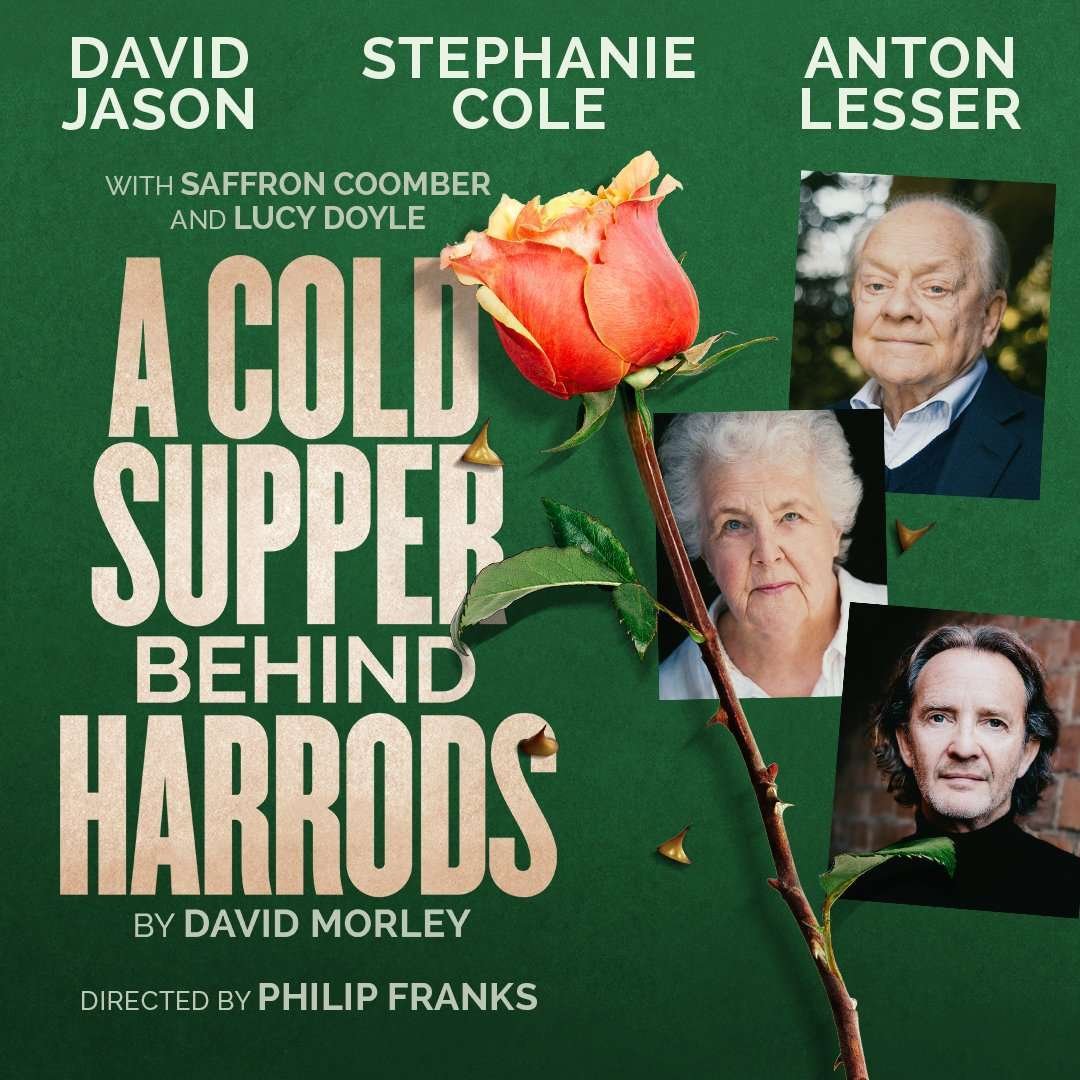 A Cold Supper Behind Harrods

Original Theatre Company, in association with Perfectly Normal Productions, is delighted to reunite David Jason, Stephanie Cole and Anton Lesser, the original stars of the BBC Radio 4 play, A Cold Supper Behind Harrods, for a one night only, semi-staged, rehearsed reading to be live streamed from the stage of the Oxford Playhouse at 7.30pm on Friday 11 June. The play, written by David Morley and originally presented on BBC Radio 4 on Friday 7 September 2012, will be directed by Philip Franks, who also directed the original radio play.

Tickets are on sale now via originaltheatreonline.com.  The performance will be followed by a Q&A with the cast and creative team.

50 years after the war that first brought them together, three Special Operations Executive agents meet once again to record interviews for a television documentary investigating the murder of their colleague at the hands of the Gestapo.  As Leo, Vera and John wait to be interviewed in a beautiful English garden, drinking tea and doing the crossword, pleasantries give way to deeper, darker subjects, including their own conduct during the war. A web of lies, self-deception and guilt begins to emerge.  In this drama, inspired by real characters and events, it is only as the three former agents depart for London in a taxi – for “a cold supper behind Harrods” – that the disturbing truth finally emerges.

David Jason will play John Harrison, Stephanie Cole Vera Atkins and Anton Lesser Leo Marks.  Also in the cast will be Saffron Coomber and Lucy Doyle.David Jason said, “I am delighted to be working once again with Philip Franks on the play A Cold Supper Behind Harrods.  Although our audience will be a virtual one, I look forward to joining with Stephanie Cole and Anton Lesser in bringing this play to life once more.  What a great project to gently kick-start a return to what I enjoy doing the most and working with talented people.”

David Morley said, “Love, revenge and feelings of guilt are at the centre of this play and, though the story is fictional, it was inspired by a real meeting between World War Two veterans that I had set up for a television programme I was making.  In an era when ‘alternative facts’ replace actual facts, it feels right to remind ourselves that the first victim of war is the truth.”

Alastair Whatley, Artistic Director of Original Theatre Company, said, “It’s a real thrill to be presenting David Morley’s play with such an outstanding cast streamed live from Oxford Playhouse.  It is a mark of how far we’ve come in the last year that we can now offer audiences unique access to this event in the best seats in the house – from their homes and all over the world.”

A Cold Supper Behind Harrods is designed by Adrian Linford, with sound design by Max Pappenheim, and filmed by Matt Hargraves and his team from North South Culture, who recently worked on the acclaimed streaming of Hymn at The Almeida.

A Cold Supper Behind Harrods is produced by Alastair Whatley and Tom Hackney for Original Theatre Company, in association with Perfectly Normal Productions.

A Cold Supper Behind Harrods

Premium – £150 (includes a £25 donation to The Theatre Support Fund, plus digital programme, supporter credit on the film and a script signed by a cast member of your choice – book by 31 May)