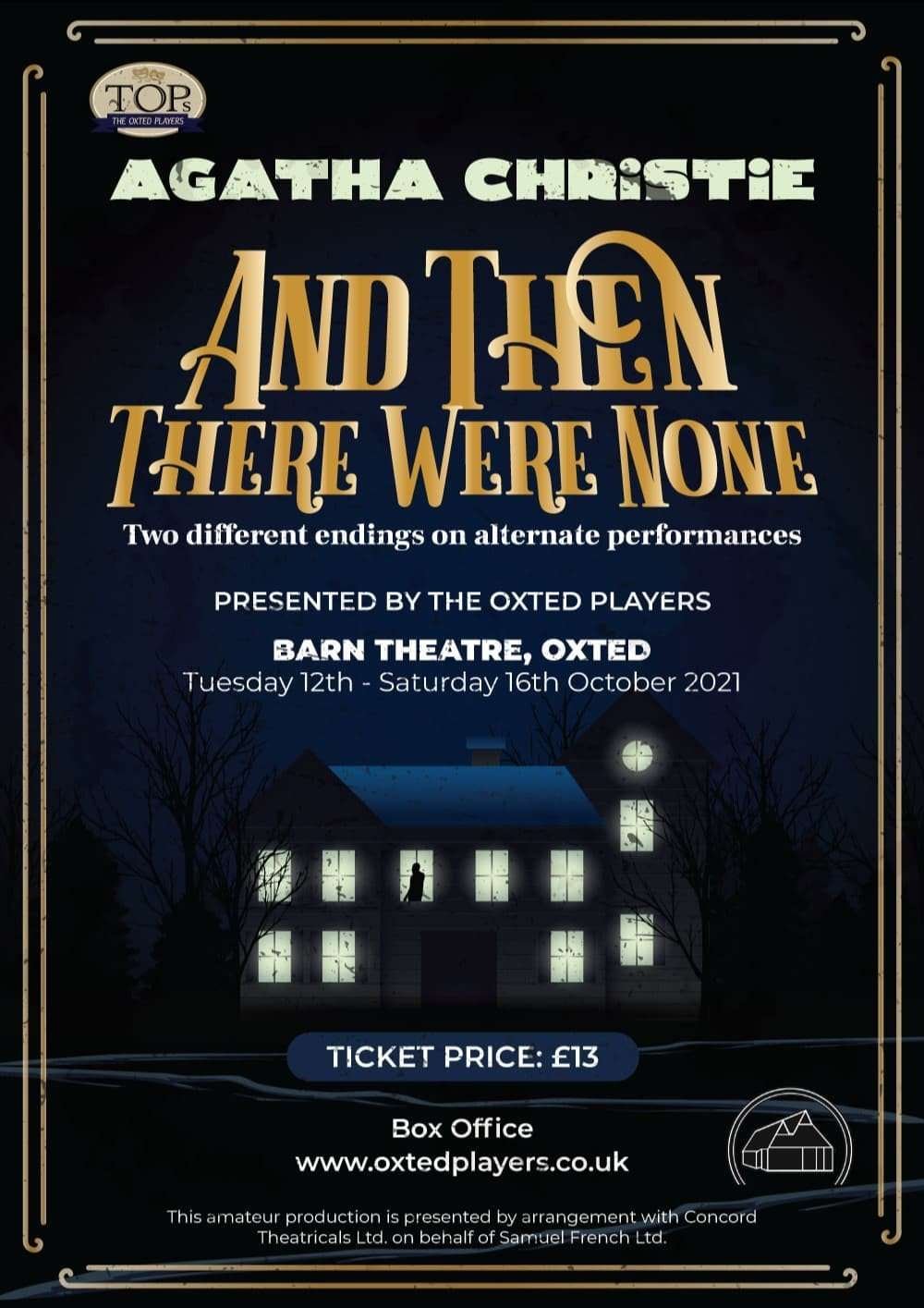 And Then There Were None

And Then There Were None by Agatha Christie will be presented by The Oxted Players from 12 – 16 October at 7.30pm with a matinee at 2.30pm on Saturday 16. Ten strangers are summoned to a remote island. All that the guests have in common is a wicked past that they are unwilling to reveal and a secret that will seal their fate, for each has been marked for murder. As the weather turns and the group is cut off from the mainland, the bloodbath begins and one by one they are brutally murdered in accordance with the lines of a sinister nursery rhyme. On alternate performances the production will incorporate both the original play ending from 1943 and the ending drawn from the novel in 1939 using entirely Agatha Christie’s own words. Tickets costing just £13.00 are available from www.barntheatreoxted.co.uk

Tickets cost from just
£13.00 per person