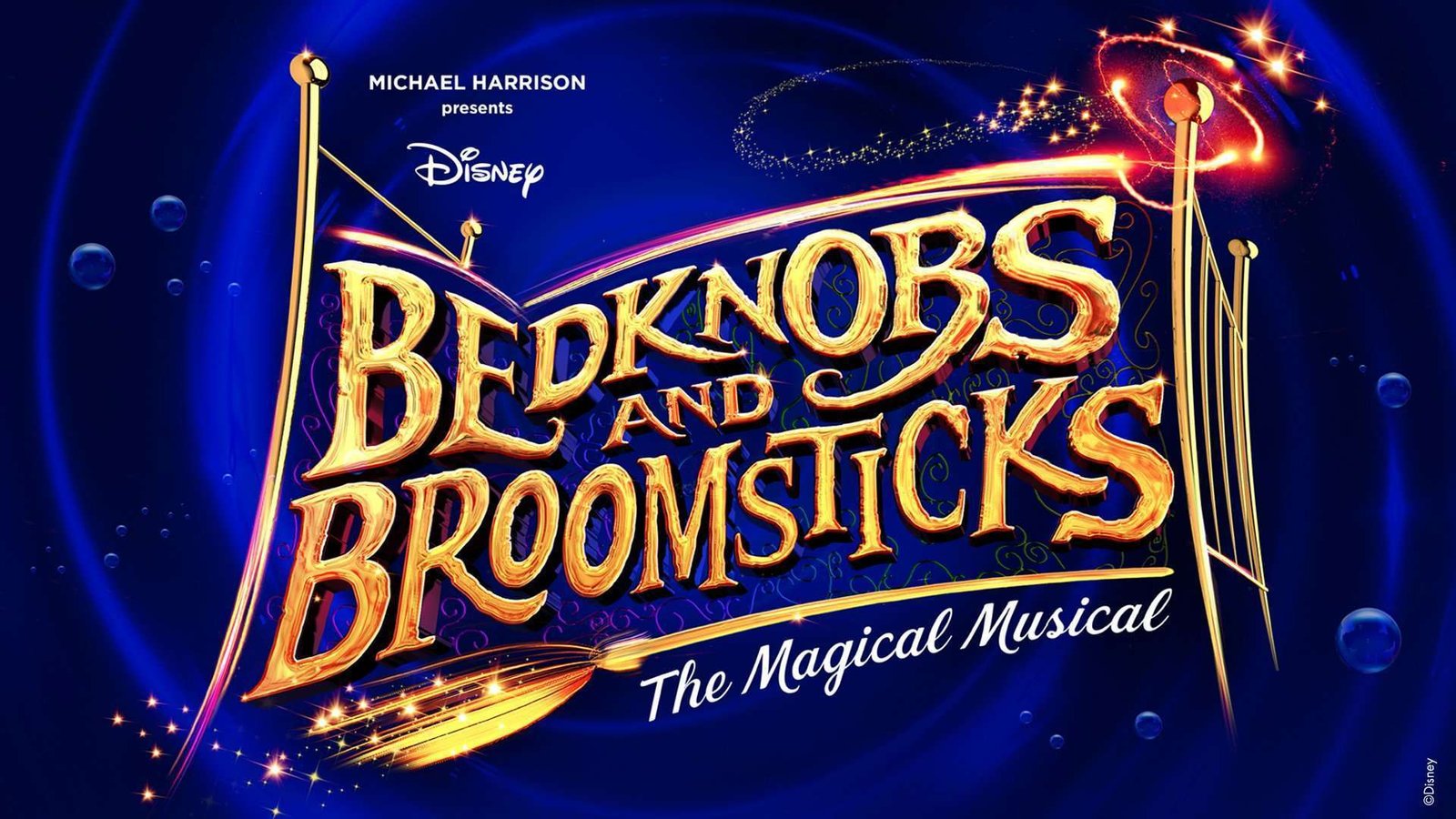 Credits: Original songs by the Sherman Brothers, including Portobello Road, The Age Of Not Believing, The Beautiful Briny and new music and lyrics by Neil Bartram and book by Brian Hill. Produced by Michael Harrison

With the original songs by the legendary Sherman Brothers (Mary Poppins, The Jungle Book, Chitty Chitty Bang Bang), including Portobello Road, The Age Of Not Believing, The Beautiful Briny and new music and lyrics by Neil Bartram and book by Brian Hill, Bedknobs and Broomsticks will be brought to life by award-winning theatre-makers Candice Edmunds and Jamie Harrison.

When the three orphaned Rawlins children are reluctantly evacuated from wartime London to live with the mysterious Eglantine Price, they have no idea what adventures lie ahead. Upon discovering Eglantine to be a trainee witch, they join forces to search for a secret spell that will defeat the enemy once and for all. Armed with an enchanted bedknob, a bewitched broomstick and a magical flying bed, they encounter surprising new friendships on their journey from Portobello Road to the depths of the beautiful briny sea.

Charles Brunton will play Emelius Browne. Charles starred in the iconic role of Miss Trunchbull in Matilda both in the West End and on Broadway. Other credits include Love Never Dies, Chess and Scrooge.

This magical musical starts its UK Tour this year….it’s time to start believing!

Bedknobs and Broomsticks is produced by Michael Harrison by special arrangement with Disney Theatrical Productions.