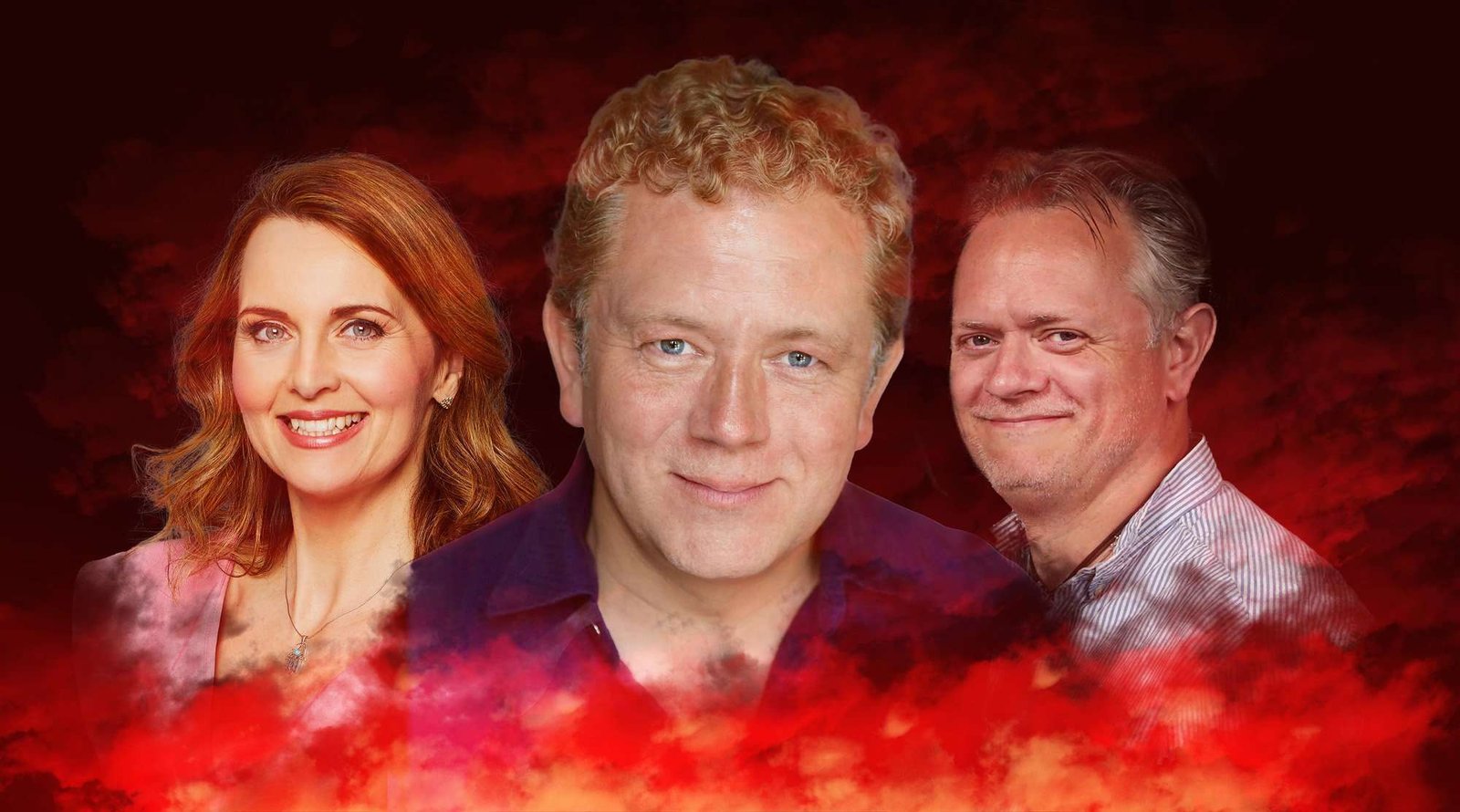 Credits: Produced by So Comedy & Broken Robot Productions by arrangement with the BBC

Starring the dream team of Jon Culshaw, Debra Stephenson and Duncan Wisbey, the show will feature a mixture of classic sketches, new material and of course the trademark sharp and political humour for which Dead Ringers has won critical acclaim over its nearly 20-year history. Now is your chance to see some of Britain’s favourite impressionists give famous celebrities and politicians the Dead Ringers treatment including Jeremy Vine, Donald Trump, Theresa May and many more!

Jon Culshaw is warmly regarded by many as Britain’s best impressionist with an unmatched versatility and a catalogue of over 350 voices and impersonations including Boris Johnson, Donald Trump, Professor Brian Cox, Barack Obama, Alan Carr, John Bishop and Michael McIntyre. He has starred in ITV’s Newzoids as well as the hugely successful BBC Radio 4 comedy Dead Ringers, which is now onto its 18th series. Other recent appearances include Frank Skinner on Demand With…  and Channel 5’s The Cars That Made Britain, where Jon spoke about his passion for old cars, such as the Ford Cortina, further showcased through his stint on Top Gear’s Extra Lap. Further TV credits include Spitting Image, The Impressionable Jon Culshaw, The Nightly Show, Parkinson, The Royal Variety Performance, Friday Night with Jonathan Ross, 2DTV, Head Cases for ITV, and Jon Culshaw’s Commercial Breakdown (BBC1) and BBC1’s The Impressions Show alongside Debra Stephenson.  Jon is also a regular guest on current affairs programmes including The Now Show and Secret World (BBC Radio 4).

Debra Stephenson  Debra Stephenson is one of the UK’s best loved and critically acclaimed impressionists, comedy performers, actresses and singers. As a comedic impressionist she is perhaps best known as star of BBC One’s highly rated The Impressions Show, with her other impressive credits in the field including BBC Radio 4’s Dead Ringers and Rich Halls Election Breakdown. As well as the critically acclaimed ITV’s Newzoids. As an actress Debra has had long running roles in Coronation Street and Bad Girls (both for ITV), whilst her entertainment credits include The Friday Night Project, 8 Out Of 10 Cats, Strictly Come Dancing Christmas Special, Young Hyacinth and Let’s Dance For Sports Relief to name just a few.

Duncan Wisbey is an actor and impressionist, and as well as starring in Dead Ringers, he is best known for Alistair McGowan’s Big Impression, as well as the CBBC series Ultimate Brain.

Tickets cost from just
From £16.50 per person