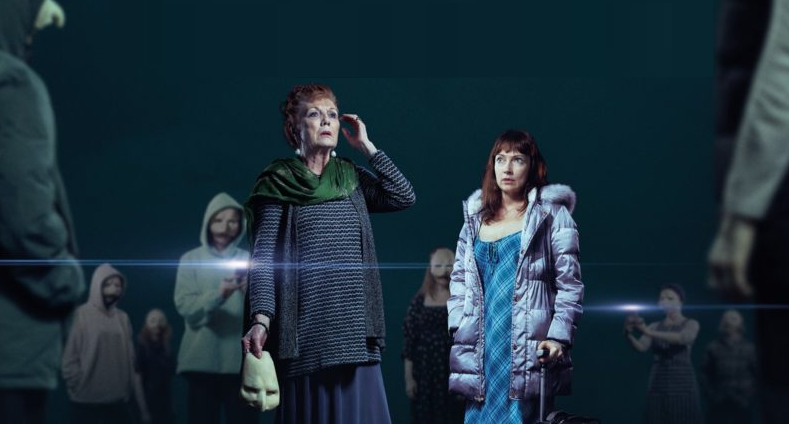 Credits: By Tom Ratcliffe. Produced by WILDCARD IN ASSOCIATION WITH MERCURY THEATRE

When they released that… Thing

From prison… She died

But they didn’t kill her…They killed her name

She got a new life…A new name

Bringing shame to our towns …and danger to our kids

Wildcard and the Mercury Theatre are delighted to announce the full cast of new play Evelyn which will run 3 – 12  June at Mercury Theatre and then 23 June – 16  July at Southwark Playhouse.

We know what Evelyn did. It was in all the papers. For weeks. For years. She must have known what he did. She gave him an alibi. So what if he was violent? So what if she was trapped? She did what she did. She covered for him.  Conspiring to pervert the course of justice and we know that she must not be forgiven. We know that we hate her. And we know that she’s still out there. Somewhere. She’s just not Evelyn anymore. They let her change her name. It’s not right. She could be anyone. She could even be you.

Britain is on the hunt; it has been for years. Walton is on high alert… and Sandra’s just arrived. Is it her?  All Sandra wants is a quiet and unchallenged life. She’s not going to get it.

Inspired by real life events, Evelyn is a story of mob-justice in modern day Britain that interrogates the question: when is justice really served?

This unflinching piece of theatre takes a no-holds-barred look at vigilantism, social media, and our collective quickness to judge, to scorn, to threaten and sometimes, to attack.

The premise of Evelyn saw writer Tom Ratcliffe shortlisted for the 2016 intake of the Old Vic 12 before the play reached the longlist of 27 plays for the 2017 Verity Bargate Award. The play has also been longlisted for the Papatango New Writing Prize and the Theatre503 playwriting Award.