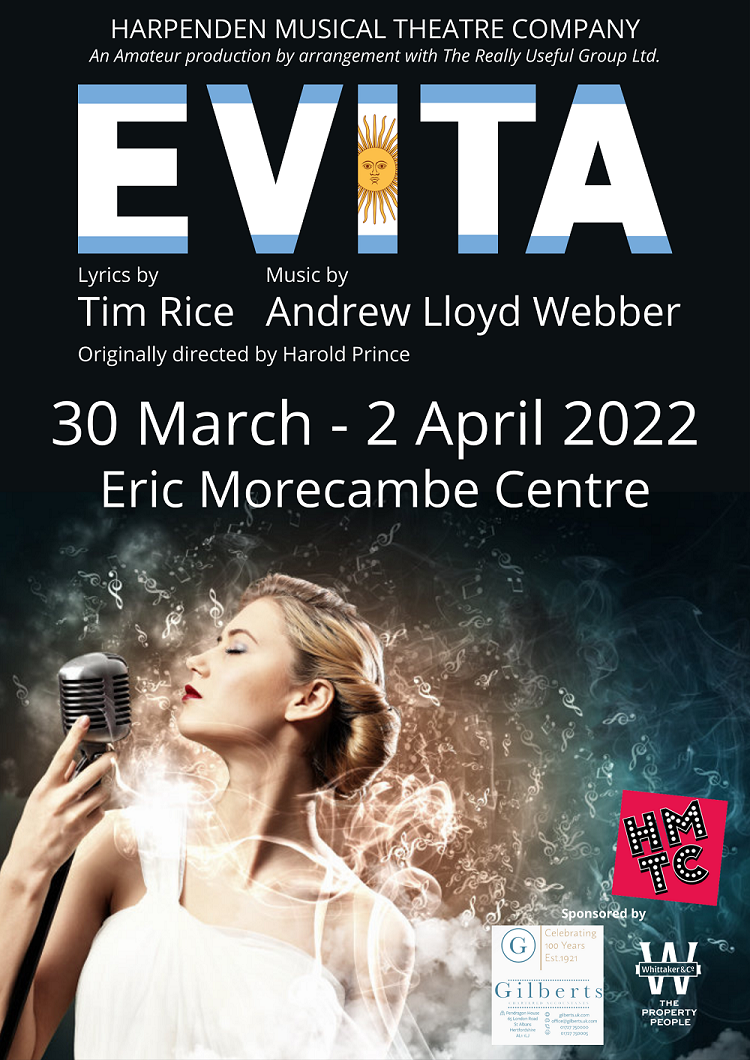 Based on the historical story of María Eva Duarte Perón, Evita tells the tale of a poor Argentinian girl who grows up to be the wife of the president of Argentina, worshipped by her people.

As a young woman who longs for an acting career, fame and fortune, Eva quickly learns that her feminine wiles hold power among a culture, and political system run by men.

The events in Evita’s life are presented in song and commented on by the show’s narrator Che. Well-known numbers from Tim Rice and Andrew Lloyd Webber’s masterpiece include, ‘Don’t Cry for Me Argentina’, ‘Oh What A Circus’, ‘Buenos Aires’ and ‘Another Suitcase in Another Hall’

With an exciting combination of Latin, jazz, pop and more traditional songs and dances, this popular musical truly has something for everybody.

Tickets £19 (Concessions £17)
(A transaction fee of £3.00 per booking is charged for online purchases)

**Friday Night is SOLD OUT, tickets available for remaining performances