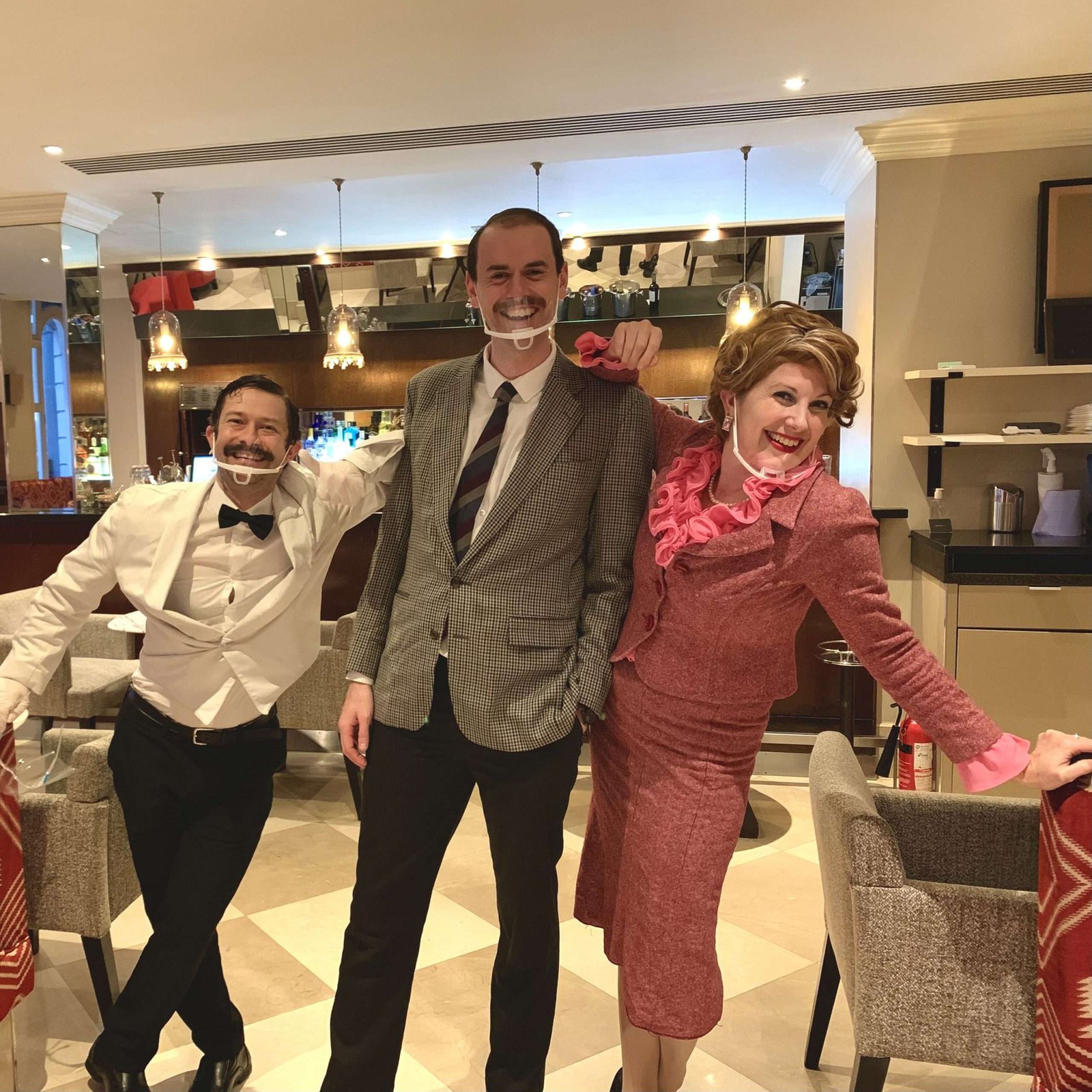 AS IT HEADS INTO ITS TENTH ANNIVERSARY YEAR IN LONDON

Faulty Towers The Dining Experience, the critically acclaimed international immersive phenomenon that will celebrate its tenth year in London’s West End in 2021, resumed Covid-secure performances at the Radisson Blu Edwardian in Bloomsbury in October.

Further to the government’s recent announcement of enhanced national restrictions, the show will now cancel all scheduled Thursday to Sunday performances in November, with plans to reopen on Thursday 3 December and play during the festive period until 20 December. New tickets have also been released for 2021, with performances beginning on 8 January and the booking period extended until 28 March

A loving tribute to the BBC’s classic TV series, the show has been seen by over a million people worldwide since it was born in Australia in 1997.

When the audience become diners in the ‘Faulty Towers’ restaurant, pretty much anything can happen – because 70% of the show is improvised. The fun starts as guests wait to be seated. It then hurtles along in a 2-hour tour de force of gags and shambolic service as Basil, Sybil and Manuel serve a ‘70s-style 3-course meal together with a good dollop of mayhem.

Now London’s longest running immersive show, Faulty Towers The Dining Experience is a highly interactive experience, where audiences enjoy a 3-course meal and 5-star comedy.  The re-opening has involved a host of changes to keep audiences and actors safe and has been carefully rewritten to keep its essential character alive.

The company of actors (nine in total in London) have been rotated on a weekly basis to allow for two-week quarantine period between performances. Dan Wood, Jack Baldwin and Dave Tremaine alternate as ‘Basil’, Kat Mary, Nerine Skinner and Rebecca Norris alternate as ‘Sybil’ and Simon Grujich, Leigh Kelly and Tony Clegg as ‘Manuel’. All cast members wear see-through face masks, to give an extra layer of protection as they interact closely with audience members.

Other key safety changes to Faulty Towers The Dining Experience include: temperature checks prior to entry, full table service to prevent queues to the bar, improved room ventilation, amendments to the script and improvisation parameters to remove any major risk-factors while still maintaining the interactive element, and flexible ticket exchanges for any members feeling unwell. These changes come in addition to the government mandated and recommended actions including face masks and shields for service workers, comprehensive cleaning of the performance space, available hand sanitizer stations, contactless card payments and social distancing measures.

Born in Australia in April 1997, the show has been touring the UK and internationally since 2008, having appeared in 41 countries to date, and employing 56 actors per season. The show has toured to over 1000 venues, with approximately 400 shows per year on average in the UK alone. Plans for 2021 include return tours to Europe, Scandinavia, Australia, and Asia, plus return seasons in Sydney Opera House and Fringe Festivals in Edinburgh, and Adelaide, and the Melbourne International Comedy Festival.