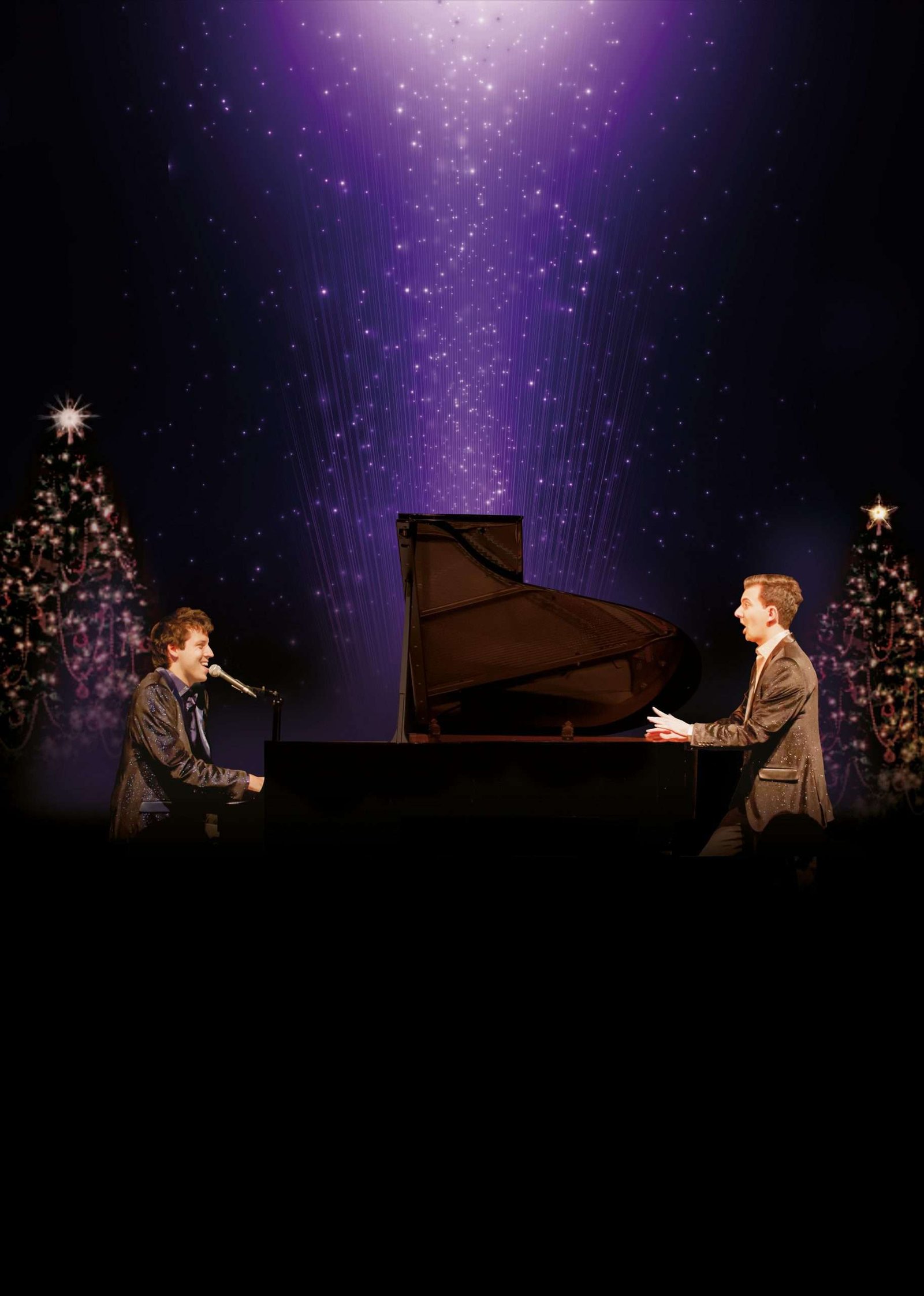 Audiences can expect the unexpected, as well as the Christmas favourites they know and love, in a heart-warming, foot-tapping seasonal shindig which is sure to delight the whole family.  Further details are to be announced.

Described as “the most exciting musical theatre double act to be discovered in years” (West End Frame), Dominic Ferris and Martin Milnes are a unique combination. Dominic is a pianist extraordinaire; Martin has ‘two voices’. Together they combine comedy, music and vocals in a dynamic cocktail of explosive Broadway glamour and fun!

James Quaife and Robin Rayner of New Frame Productions said: “We are incredibly proud to be producing an outstanding line-up of theatrical events as part of our Live at Riverside series this Christmas. During these troubling times for the live events and theatre industries, we are immensely grateful to all the artists, agents, production teams and everyone at Riverside Studios for having belief and trust that we can create something a little bit joyous and socially distant at the end of such a tough year. It has been an absolute pleasure to work with the extraordinarily talented Ferris & Milnes on bringing their Christmas Cracker to the audiences of Hammersmith and we look forward to hearing the sound of applause once more.”

Ferris & Milnes said: “We hope that Christmas Cracker will bring audiences escapism and merriment as this eventful year draws to a close. This season, more than ever, we celebrate the hope and joy that Christmas can bring; looking forward to a new year in which faithful friends who are dear to us will be near to us once more.”

Social distancing measures will be in operation at Riverside Studios, with audiences being seated in households. All patrons, unless they have a known medical condition, will be required to wear a face covering at the venue. In case of cancellation, Riverside Studios will offer tickets holders a full refund. For full details on the measures implemented to ensure audience safety and wellbeing, please visit:  www.riversidestudios.co.uk.

To book for Ferris & Milnes – Christmas Cracker!, with tickets priced at £25, visit https://www.riversidestudios.co.uk/book/events/ferris-milnes-christmas-cracker or call the Box Office on 020 8237 1010.

Tickets cost from just
£25 per person