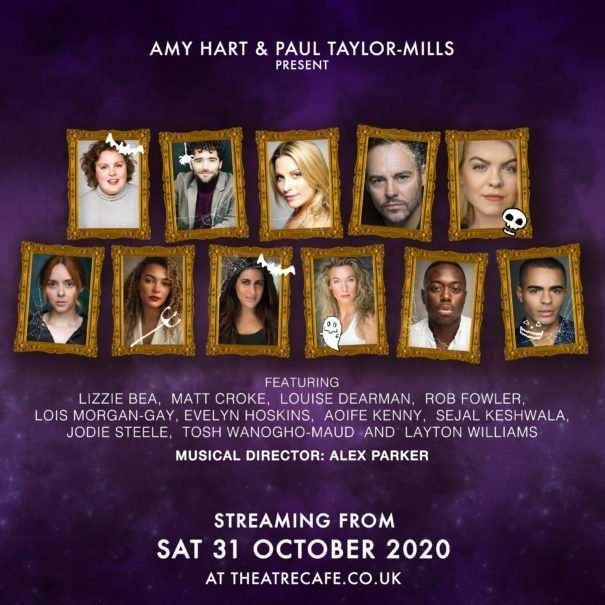 I Put A Spell On You

Join Amy Hart and Paul Taylor-Mills and a splattering of the West End’s most terrifying stars for a one off spooky spectacular. This streamed fright fest will feature some of our favourite pumpkins as you’ve never seen them before, at their scariest and most playful selves.

Tune in from Saturday 31st October through www.thetheatrecafe.co.uk

The concert will cost only £10 and will be available to view for seven days only.

The Theatre Café has become a haven for theatre fans and has had phenomenal success with the Leave A Light On series of concerts, the first of its type during lockdown.