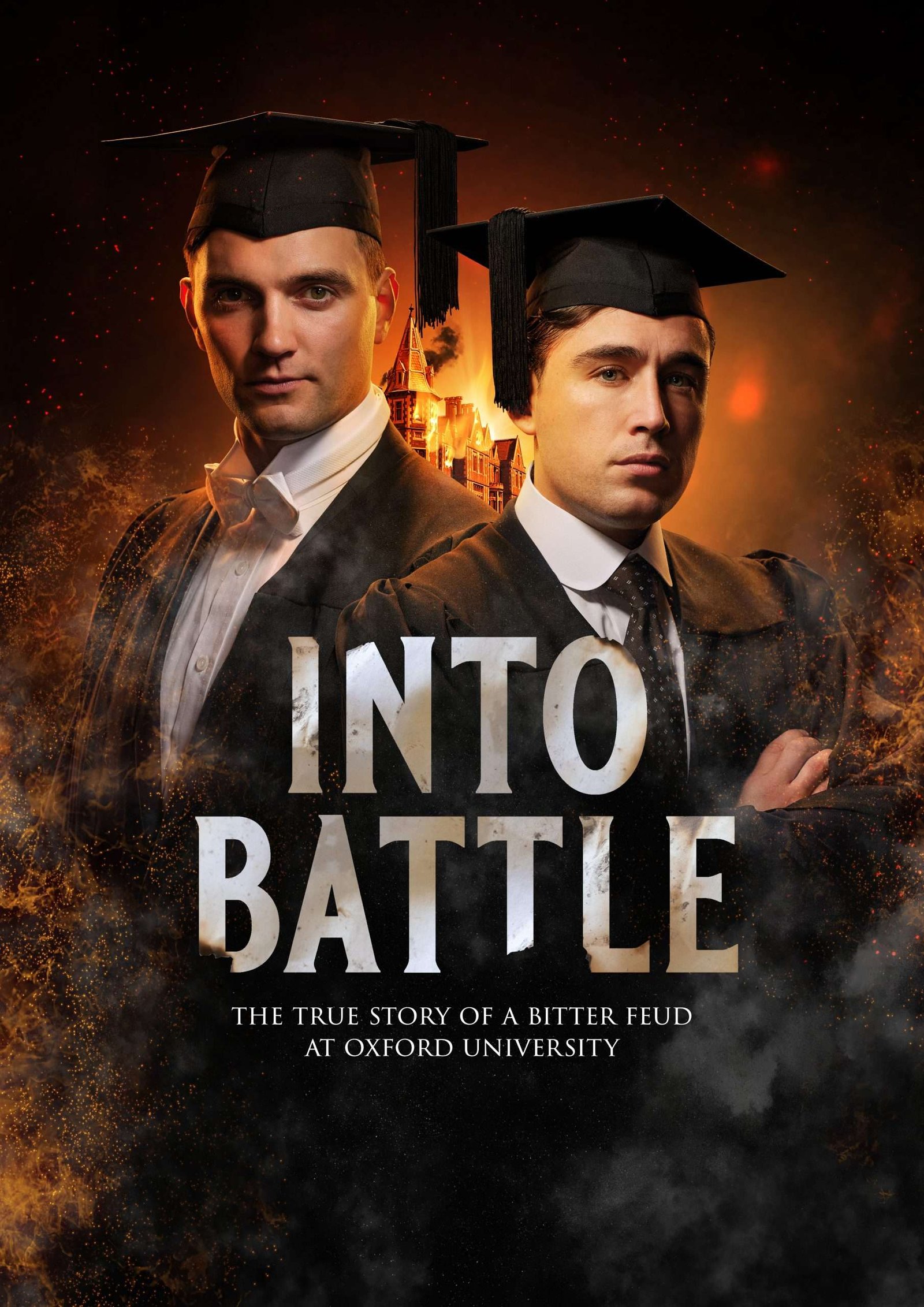 Opening at Greenwich Theatre 13-31 October (Previews from 7 October) the world premiere of Hugh Salmon’s moving, affecting and humorous debut play Into Battle announces full casting.  TV Favourite Iain Fletcher (The Bill) plays the real-life figure Revd. Neville Talbot who steers audiences through the play based on the true story of a bitter feud at Oxford University.

‘The greatest danger to the British people is not among the enormous fleets and armies of Europe. No. It is here in our midst, close at home, close at hand, in the unnatural gap between rich and poor’.

In 1906, of the fifty-three freshers who went up to Balliol college Oxford, eighteen had been to Eton.  By 1910 they had formed an exclusive group, including the future war poets Hon. Julian Grenfell and Patrick Shaw Stuart.  Standing up to the behaviour of the Etonians were socially aware Keith Rae and future England rugby international Ronald Poulton, who were dedicated to improving the lives of the poor and hungry on the back streets of Oxford. By 1912, the feud has polarised Keith Rase and Hon. Billy Grenfell on an individual level.  After an incident between then Billy is sent down for a year, disgracing his aristocratic mother Lady Ettie Desborough.  Finally, Into Battle reveals the differences between Keith and Billy, and their destinies are resolved in the face of a far greater adversity.

Iain Fletcher will be joined on stage by Anna Bradley (Florence Smith/Walter Perkins) Alexander Knox (Patrick Shaw Stewart),  Gabriel Freilich (Hon. Julian Grenfell) Joe Gill (Keith Rae) Molly Gaisford (Lady Ettie Desborough) Nik Salmon (Hon. Billy Grenfell ) and Sam Barrett (Ronald Poulton-Palmer) and says: “After a challenging 18 months for theatre I can’t wait to join the amazing cast of Into Battle on stage.  It’s truly exciting to be part of a play which tells very human stories to an audience who may not be aware of the fascinating backgrounds of some of these very well-known historical figures.”

Carefully researched over ten years by Writer Hugh Salmon Into Battle will be directed by Ellie Jones (ART, Made in Dagenham, Jane Eyre the Musical) and will be designed by Ellen Cairns with lighting design from Alexandra Stafford. Sound Design from James Cook and costumes by Leah Mulhern.  The Production is managed by Lewis Moore ( Core Productions).

Writer Hugh Salmon adds: ” The more I researched the Balliol Feud, and the people involved, the more I realised that I was uncovering and piecing together a story that has been buried in history but that I could bring back to life for today’s audiences. These individual real-life characters are so wildly full, interesting and engaging I wanted to share their journeys and let their voices be heard by a new generation. Whatever our differences, we can come together.”

Into Battle unearths a true story that has been buried for over 100 years: a story which shows how the political and social divisions tearing Britain apart were reflected in a ‘bitter feud’ at Balliol College Oxford.

Told with wit and humour, Into Battle exposes the inequalities of life and shows how human beings can be brought together by adversity.

Tickets cost from just
from £22.00 per person