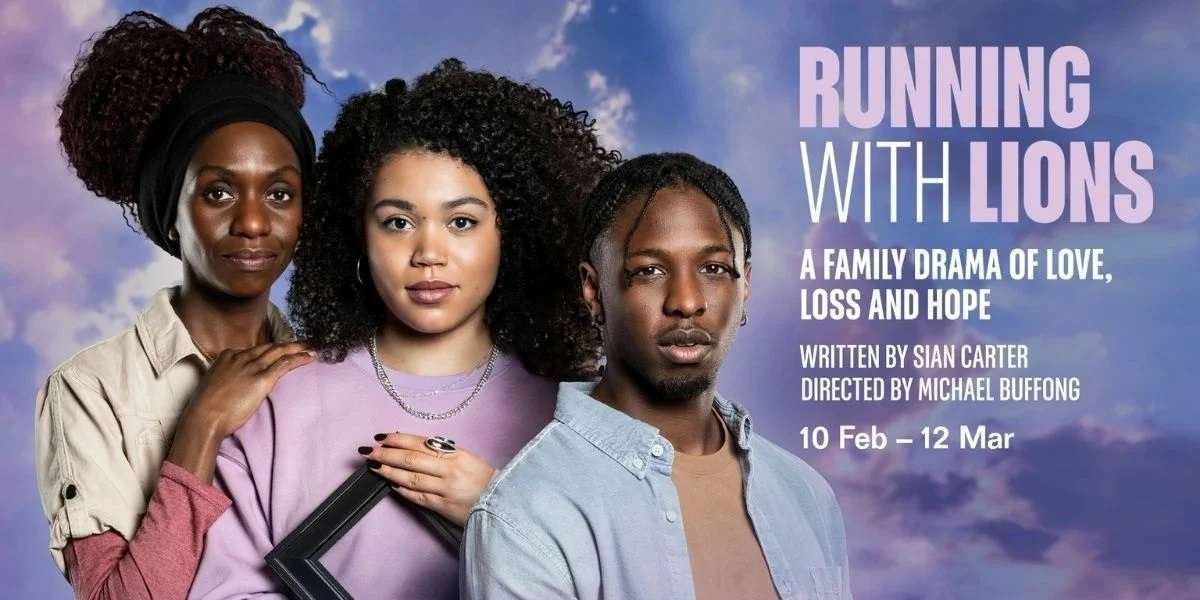 Credits: By Sian Carter. Co-produced by The Lyric Hammersmith Theatre and Talawa Theatre Company. Based on the audio play of the same name originally commissioned by BBC Radio 4.

The Lyric Hammersmith Theatre and Talawa Theatre Company join forces for the first time in their co-production of Running with Lions, an intergenerational family drama about love, loss and hope which follows the lives of three generations of women. This is the debut stage play from new writer Sian Carter and will be directed by Talawa’s Artistic Director Michael Buffong (A Kind of People, Guys & Dolls) in the Lyric Hammersmith Theatre’s Main House from 10 February to 12 March with opening night for press on 15 February.

Following the death of a loved one, a British-Caribbean family struggles to come to terms with their grief. Isolated by their generational beliefs and challenges to their faith and mental health, they live between the things they do and do not say. Running with Lions explores the journey of one family’s reconciliation after loss and the rediscovery of love and joy.

Set and costume Design is by Soutra Gilmour (Macbeth, Out West), Lighting Design by Aideen Malone (Death of a Salesman), Sound Design by Tony Gayle (Get Up, Stand Up! The Bob Marley Musical) and Casting by Chandra Ruegg (Lava).

The production is based on the audio play of the same name originally commissioned by BBC Radio 4.

Tickets cost from just
From £10 per person