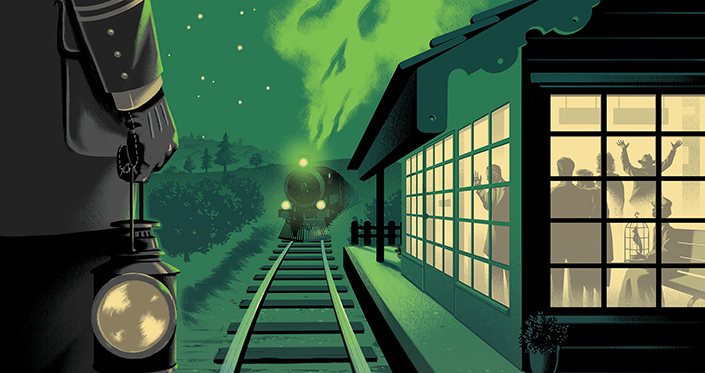 All aboard for a classic thriller that will leave you spooked

When a young chap foolishly loses his hat out of a train window, a group of passengers miss their connecting train. In the dead of night, they now find themselves stranded in the middle of the rural Cornish countryside, with the next train not set to arrive until morning.

Despite the frail station master’s warnings that the station is “haunted” (since the fatal wreckage of a train years before) they decide to stay the night. However, what was once construed as an “old wives tale” soon mounts to latent threat, as the stories of this ominous “ghost train” begin to ring true. And when a disturbed young woman comes knocking, tensions between the group quickly escalate. But with the right people to step up to the mark, these ghoulish spirits might well run out of steam…

Climb aboard for this darkly comic, captivating thriller by internationally renowned playwright and actor Arnold Ridley. Originally staged in 1925 in the West End, this fresh revival of Ridley’s classic play is tantalising and suspenseful in equal measure.