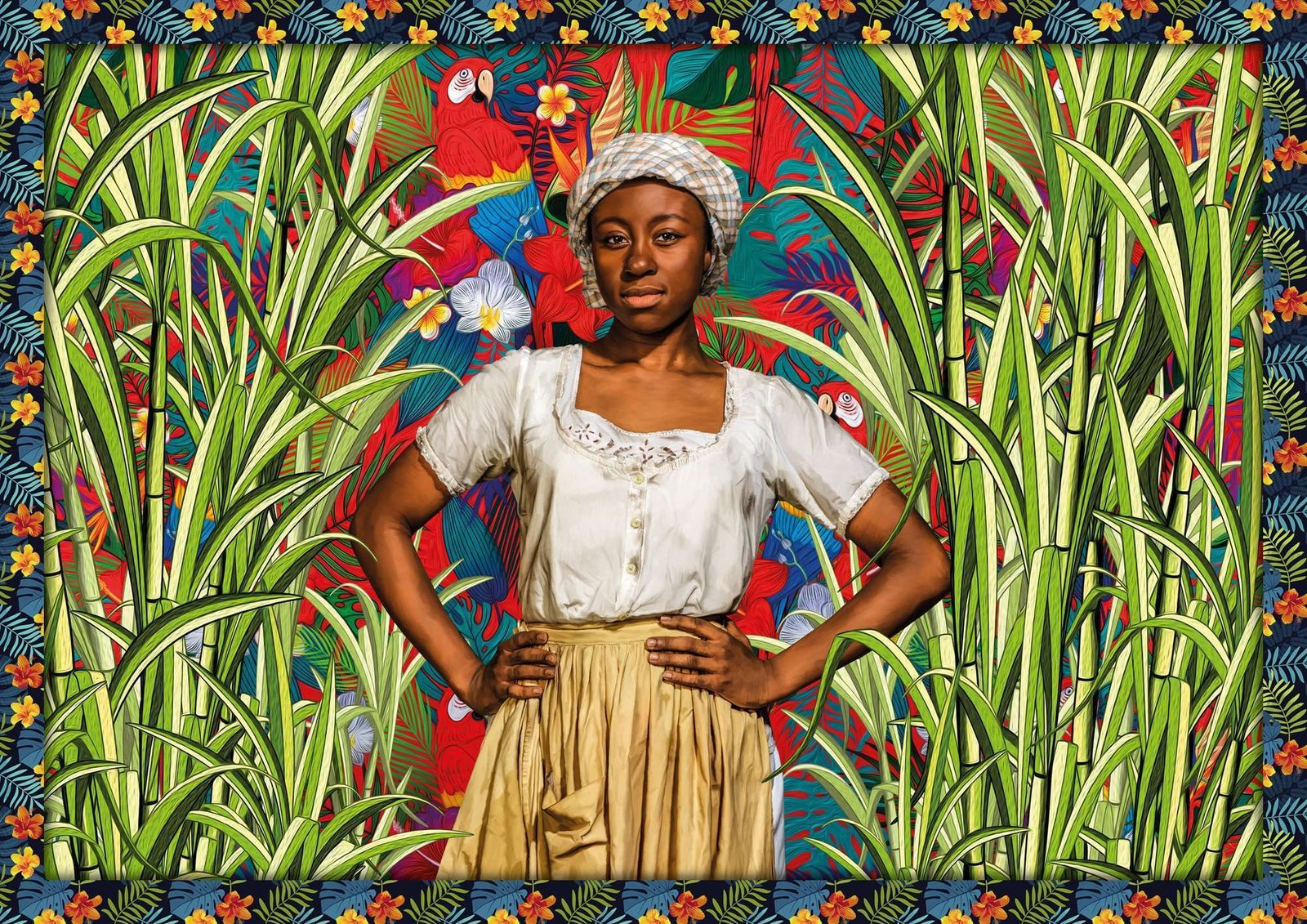 Credits: A new adaptation by Suhayla El-Bushra. Based on the novel by Andrea Levy (World Premiere)

‘You do not know me yet but I am the heroine of this drama. I am told that here I must give a taste of what is to unfold. I am to convey that this tale is set in Jamaica during the last turbulent days of slavery and the early years of freedom.

‘I was born a slave upon a sugar plantation named Amity. I was there when the Baptist War raged in 1831, and when slavery was declared no more. It tells of my mama Kitty, of the negroes enslaved, of Caroline Mortimer the woman who owned me. I am to say that it is a true and thrilling journey through that unsettled time.

‘Cha, I say, what fuss-fuss. Come, let them just see it for themselves.’

Miss July is born into slavery in Jamaica and is brutally parted from both her mother, and her name. But what she retains is resilience, charisma and a subversive, spirited wit. This ebullient and life- affirming play finds humanity, resistance and hope in the darkest of times.

The Long Song is adapted from Andrea Levy’s award-winning novel by Suhayla El-Bushra, formerly writer in residence at the National Theatre Studio and whose work includes The Suicide (NT), Arabian Nights (Lyceum, Edinburgh), and Channel 4’s Hollyoaks and Ackley Bridge.

Director Charlotte Gwinner was Associate Director at the Bush Theatre, Liverpool Everyman & Playhouse and Sheffield Theatres 2014-16, where her productions included Waiting for Godot, the Sarah Kane season and The Distance.

The production will be designed by Frankie Bradshaw, with lighting by Mark Doubleday, musical direction, vocal arrangements and additional composition by Michael Henry, sound by Helen Skiera, video by Dick Straker, movement by Angela Gasparetto, fights by Kev McCurdy and casting by Charlotte Sutton with Chandra Ruegg.

The Long Song is sponsored by Seaward and by Wiley.

Tickets cost from just
from £10 per person