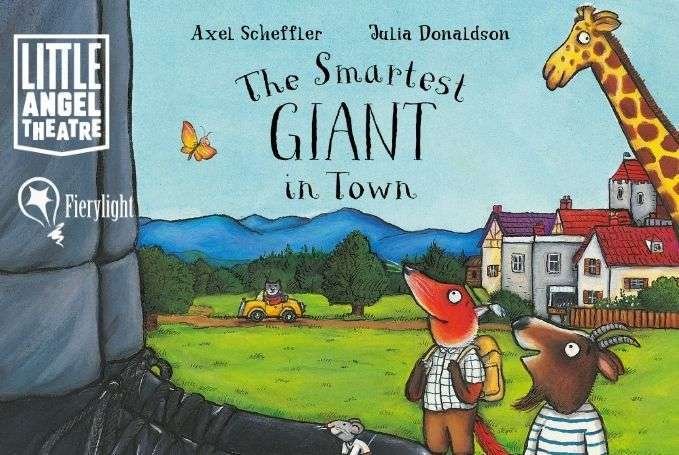 THE SMARTEST GIANT IN TOWN

Little Angel Theatre will open its doors again to socially distanced audiences with a brand-new musical adaptation of Julia Donaldson and Axel Scheffler’s much-loved story The Smartest Giant in Town, published by Macmillan Children’s Books.  Co-produced with Fierylight, the new show is a highlight of Little Angel’s 60 anniversary season and will run from 29 May – 8 August at Little Angel Studios.

The Smartest Giant in Town is adapted for the stage by Little Angel artistic director Samantha Lane, who also directs, and award-winning musician Barb Jungr, who has also composed new music for the production.  Their previous collaborations for Little Angel including The Singing Mermaid, Mother Christmas and The Pixie & the Pudding

The Smartest Giant in Town