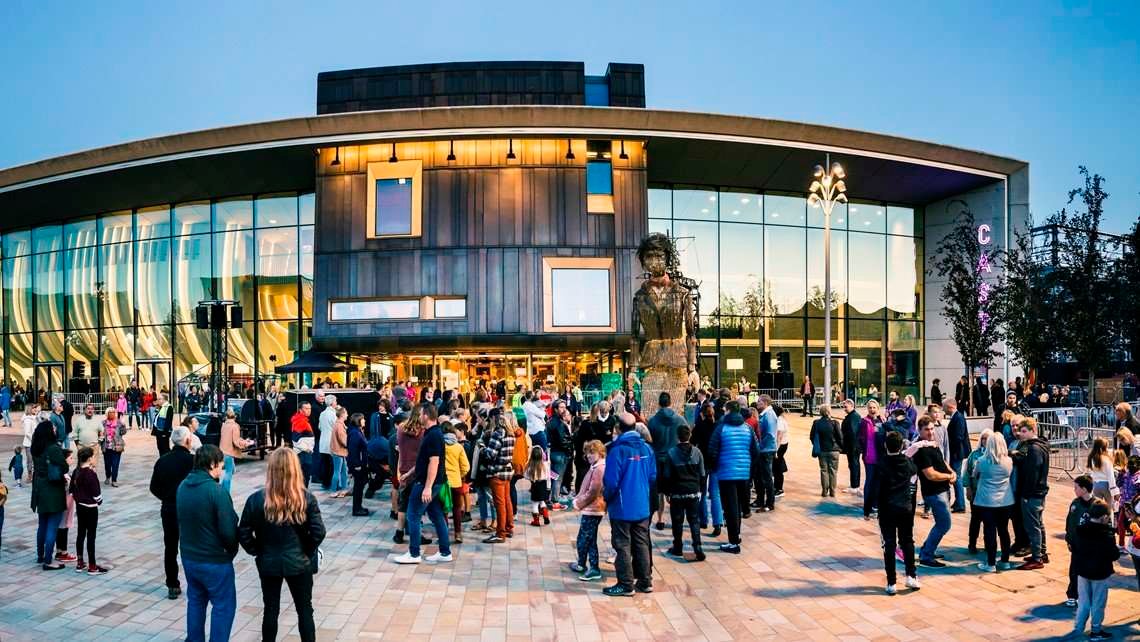 Having opened in 2013, Cast in Doncaster welcomes over 100,000 audience members every year, runs a vibrant participation programme, engaging with people of all ages from communities across Doncaster. It also supports and commissions work with exciting local artists. Still young and nifty, it has established itself as a distinctive arts centre, locally, regionally, nationally and internationally.

The 620 theatre presents a wide-ranging programme throughout the year, including music, dance, children’s shows, comedy and drama.  As well as the main auditorium, the second space can accommodate up to 200 people and features the very best of small-scale touring shows. There is also an increasingly ambitious programme of outdoor work taking place within the town centre, from large scale spectacles with Global Streets, to rooted audience development through the pop-up Roundabout theatre in partnership with Paines Plough.

Through Cast’s creative partnerships with theatres and artists across the region and country they offer the very best in performing arts, with long term programmes of enagagement and performances from world renowned companies such as the National Theatre and The Royal Opera House, taking place alongside the newest freshest work from early career artists.

Cast strives to be an inclusive organisation, open and welcoming to everyone.