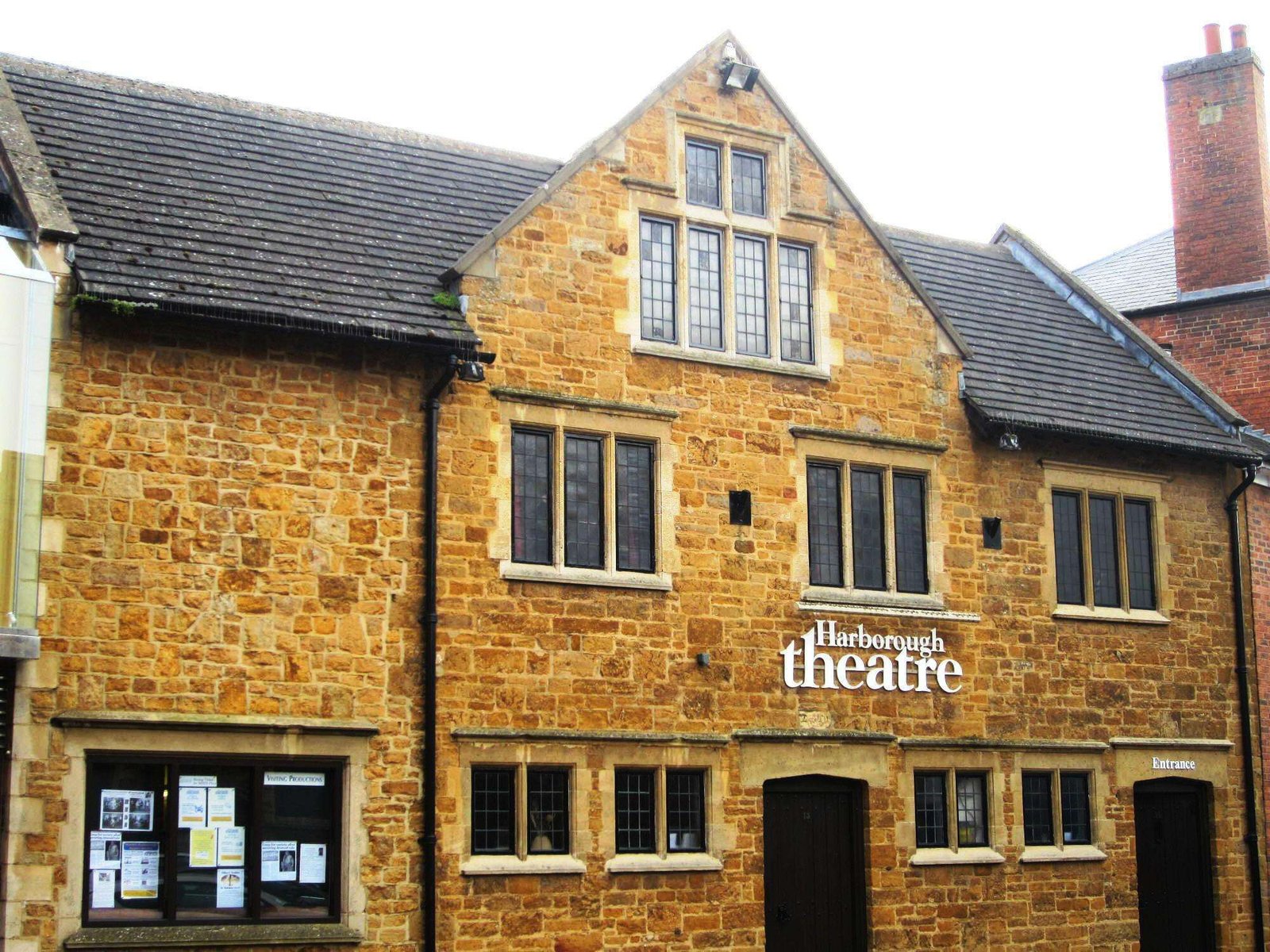 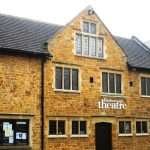 Harborough Theatre stands in Church Square, adjacent to the magnificent parish church, Saint Dionysius, and the Old Grammar School. There have been buildings on the theatre site for centuries, including The Green Dragon, an old coaching inn with a dodgy reputation and, allegedly, the ghost of a murdered customer, which haunts the theatre.

It is appropriate that this building is the home of make-believe. The inn was demolished in 1935, and replaced with a fake building. Although it looks like an old merchant’s house from the Elizabethan period, with stone walls, mullioned windows, leaded lights and stout oak doors, it was, in fact, constructed as a cycle-shed for the corset-makers in the nearby factory! The Managing Director’s office looked out into Church Square, and he insisted that the new building be designed to resemble an old town-house to disguise its rather mundane purpose and to provide an attractive frontage in this pleasant square.

P1010058Market Harborough Drama Society has been presenting plays here since 1947, initially hiring the first-floor hall as a performing space. In 1969, after a fund-raising appeal, they purchased the freehold and, above the front door, erected the Harborough Theatre logo. A modern art sculpture of Harlequin, by local artist Ralph Thurston, was mounted above the display window.

In 1980 more fund-raising enabled the creation of a true theatre auditorium with raked seating and a proper lighting box. More recently, adjacent premises – public toilets and a small shop – were acquired. The frontages were maintained, the toilet entrance being replaced by a two-storey glass and steel display area where the Harlequin sculpture now sits proudly in its upper window. Behind these, the building was re-developed to include a lift to the auditorium.

The Theatre now boasts an 118-seat auditorium with wheelchair position, a smallish stage and a film screen; a 50 seat studio theatre which doubles as a lounge with bar and kitchen; and, filling every nook and cranny, the dressing rooms, workshops and stores needed by a complete practical theatre.

The most recent addition is an office, on the corner of Church Square and Factory Lane, which gives the Theatre a contact point with the busy town centre.