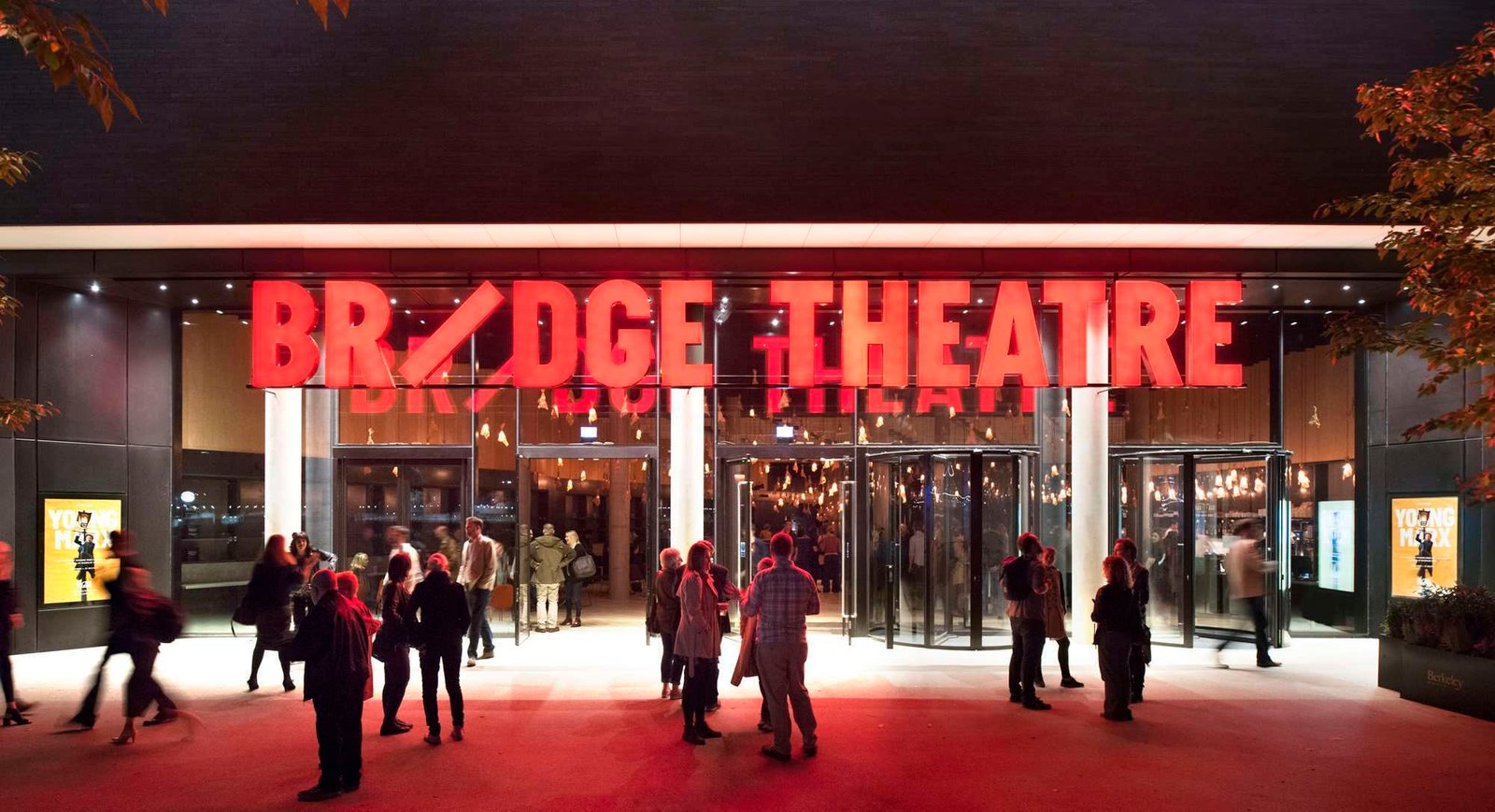 Simon Russell Beale will play JS Bach in the world premiere of Nina Raine’s Bach & Sons, directed by Nicholas Hytner.  Performances at The Bridge are from 23 June – 9 September 2021 with opening night on 29 June 2021.  The associate director is James Cousins, with set designs by Vicki Mortimer, costumes designed by Khadija Raza, lighting by Jon Clark, sound by Gareth Fry and music supervised by George Fenton.  Further casting will be announced shortly.

Priority booking for Bach & Sons opens today with public booking opening at 10am on 20 April 2021.

Johann Sebastian Bach, irascible and turbulent, writes music of sensuous delight for his aristocratic patrons, and gives voice to his deep religious faith in music for the church.  He’s touchy, he’s fabulously rude, he has high standards (he stabs a bassoonist for playing badly) and he’s constantly in trouble with his employers.  Music is the family business – both his wives and all his children are musicians.  His eldest son, Wilhelm, is brilliant, chaotic and paralysed by his father’s genius.  Tense, industrious Carl is less talented than his father but more successful.  As the years pass, their gripping family drama provokes furious arguments about love, God and above all music.  What is it for – to give pleasure, like a cup of coffee in the sun, or to reveal the divine order that gives life its meaning?  Nina Raine’s play is an anthem to the art that draws us together and sings of our common humanity.

Simon Russell Beale made his Bridge debut last year in A Christmas Carol, also directed by Nicholas Hytner whom he has previously collaborated with on The Alchemist, Much Ado About Nothing, Major Barbara, Collaborators, London Assurance and Timon of Athens all at the National Theatre.  In 2019 he was seen in The Lehman Trilogy at the National Theatre and in the West End and later reprised the role in 2020 on Broadway.  As well as being the recipient of multiple theatre awards, in 2003 he was made a CBE for his services to the Arts and in 2019 he was made a Knight Bachelor.

Nina Raine’s other plays include Stories, Consent, Tiger Country, Rabbit and Tribes as well as an adaptation of The Drunks by the Durnenkov Brothers.  She was shortlisted for the 2004 Verity Bargate Award and awarded the 2006 Evening Standard and Critics’ Circle Awards for Most Promising Playwright for her debut play Rabbit.  Tribes won the Drama Desk Award for Outstanding Play, the New York Drama Critics’ Circle Award for Best Foreign Play and the Off-Broadway Alliance Award for Best New Play and has been performed in eighteen different countries. Raine was nominated for a Susan Blackburn Smith Award for Stories and Consent.

Nicholas Hytner co-founded London Theatre Company with Nick Starr.  For the Bridge Theatre he has directed Young Marx, Julius Caesar, Allelujah!, Alys, Always, A Midsummer Night’s Dream, Two Ladies, Beat the Devil, The Shrine, Bed Among the Lentils and A Christmas Carol.  Previously he was Director of the National Theatre from 2003 to 2015. His book Balancing Acts is published by Jonathan Cape.

Suzan-Lori Parks’ White Noise will receive its European premiere at the Bridge Theatre, directed by Polly Findlay.   Performances are from 5 October – 13 November 2021 with opening night on 12 October 2021.  Set designs are by Lizzie Clachan with costumes by Natalie Pryce, lighting by Jackie Shemesh and sound by Donato Wharton.  Casting for White Noise will be announced at a later date.

Priority booking for White Noise opens today with public booking opening at 10am on 20 April 2021.

Thirty-somethings Leo, Misha, Ralph and Dawn have been inseparable since college.  Making their way together in the big city, they are liberal, open-minded and socially aware.  Misha is producing the hit online show ‘Ask A Black’; Ralph is waiting for tenure at his university, and as a lawyer, Dawn spends her days fighting for social justice.  Leo would be a talented visual artist – if only he could sleep.  As best friends and lovers, confident in their woke-ness, their connection with each other is stronger than anything else – until, that is, Leo is assaulted by the police in a racially motivated incident.  Shaken to the core, he brings to the group an extreme proposition.  White Noise takes an unflinching look at race in the 21st century from both a black and white perspective.

Suzan-Lori Parks is a multi-award-winning American playwright and the first African-American woman to receive the Pulitzer Prize in Drama for her Broadway hit Topdog/Underdog.  Parks’ adaptation of The Gershwins’ Porgy and Bess won the 2012 Tony Award for Best Revival of a Musical.  Her other works include The Book of Grace, Unchain My Heart: The Ray Charles Musical, In the Blood, The Death of the Last Black Man in the Whole Entire World, The America Play and Fucking A.  Her project 365 Days/365 Plays – where she wrote a play a day for an entire year – was produced in over 700 theatres worldwide, creating one of the largest grassroots collaborations in theatre history.  Parks is a MacArthur “Genius” Fellow.  Her novel Getting Mother’s Body is published by Random House.  She also works extensively in film and television, most recently, as the screenwriter for The United States vs Billie Holiday and, also premiering earlier this year, as showrunner/executive producer/head writer for Genius: Aretha.  In her spare time she writes songs and fronts her band Sula & The Noise.

Polly Findlay returns to The Bridge where she previously directed Caryl Churchill’s A Number.  Her other recent directing credits include The Prime of Miss Jean Brodie and Limehouse for the Donmar Warehouse, The Alchemist and The Merchant of Venice for the Royal Shakespeare Company and Rutherford and Son, Beginning and As You Like It for the National Theatre.

White Noise received its world premiere at the Public Theater in New York in March 2019 and was the winner of the 2019 Outer Critics Circle Award for Outstanding New Off-Broadway Play. 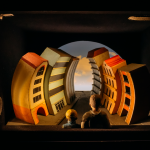 Flight will return to the Bridge Theatre from 17 May – 6 June 2021.  The Barbican again collaborates to co-present this theatre installation by Vox Motus which made its London debut at The Bridge last year before lockdown halted the run.  Priority booking for Flight opens today with public booking opening at 10am on 20 April 2021.

From a private booth, audiences are drawn into this tale of orphaned brothers and their desperate odyssey across Europe, the action unfolding in an exquisite world of moving miniatures. Based on

With their small inheritance stitched into their clothes, young Aryan and Kabir set off on an epic journey by foot from Kabul to London. Braving bustling train stations, hazardous sea crossings, menacing strangers and threats of violence, their heart-wrenching story speaks of terror, hope and survival.

Audiences are seated individually and given headphones for this intimate experience staged by Candice Edmunds and Jamie Harrison who is magic and illusions designer for Harry Potter and the Cursed Child.  Like a 3-D graphic novel brought to life, the revolving scenes contain detailed sets and figures which are accompanied by binaural sound and narration.

Flight was originally commissioned by the Edinburgh International Festival in 2017 and presented in association with the Beacon Arts Centre.  It won a Herald Angel Award and was included in The New York Times’s Unforgettable Theatre Moments of 2018.  The production has also toured to the Melbourne Festival, Brighton Festival 2019 and the New York University Abu Dhabi Arts Centre.

Philip Pullman’s The Book of Dust – La Belle Sauvage, will be directed by Nicholas Hytner in Bryony Lavery’s new stage adaptation which takes place twelve years before Pullman’s epic His Dark Materials trilogy.  Previously planned for Summer 2020 and delayed due to the pandemic, further details of this production, due to open in December 2021, will be announced later this year.