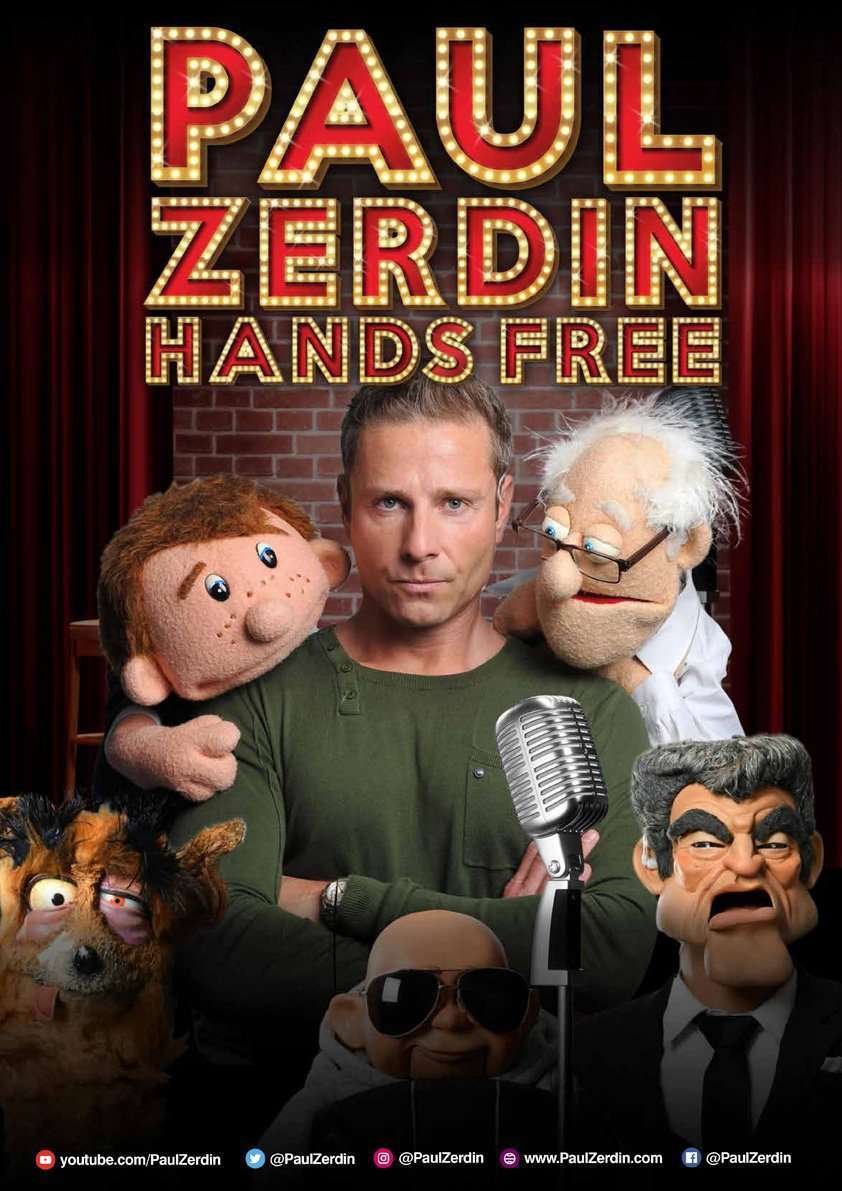 “Technically immaculate, it’s what he does with his slick talent that really sets him apart. His relationship with the characters has all the dramatic tension of a real-life double act”  The Guardian

Paul Zerdin, the British comic who has mesmerized audiences around the world with his ventriloquism skills and edgy brand of comedy, and who took the America’s Got Talent crown in 2015, announces a 45-date UK tour for Autumn 2021.   Presented by ebp,  Paul Zerdin – Hands Free, will see the puppet master himself, accompanied by his puppet playmates Sam, Baby and Albert performing at theatres around the UK. Kicking off in Margate at the Theatre Royal on  19 September, Paul Zerdin – Hands Free will conclude in London on 22 November at the Duchess Theatre.

With the lines of reality blurred so effectively, it’s sometimes confusing even for Paul to know who’s actually running the show.  To make sure he remains in charge, Paul will be bringing along his bodyguard Roger – who claims to be ex-CIA – to help him keep Sam, Albert and Baby in order as well as a rather annoying urban Fox that has been following him around for some time now!

Sam, Albert, Baby, Roger the bodyguard and an urban fox have all survived the 2020 lock down with Paul…. well nearly. They cannot wait to see you, so get ready to be involved. As well as Zerdin’s hilarious characters, Paul Zerdin  – Hands Free, features Paul giving us a glimpse into his own reality, demonstrating what it’s actually like to be able to throw your voice in everyday situations where anything and everything can talk back!

Those pesky puppets – Sam, Baby and Albert will not let Paul have any peace!   As for all of us 2020 was different for Paul, but he kept himself busy writing and filming the hit TV series  Sponge Weekly, for his YouTube  channel, performed some live shows during the summer holidays and autumn half-term and then  a brief return to the London Palladium at Christmas with Pantoland at the Palladium.  During the rest of the time he has been busy writing the new tour Paul Zerdin – Hands Free.

With masterful puppeteering, animatronic wizardry, and a blend of comedy – Paul Zerdin – Hands Free will serve to remind audiences that this talented ventriloquist/comedian who is at the top of his game…. is also very funny – and we are all ready for a good laugh!!

Tickets, which are all priced at £20 (plus any theatre booking fees) are on sale from  now, unless otherwise stated, so do not miss out on your chance to see the winner of America’s Got Talent, the star of London’s annual Palladium Panto and without doubt one of Britain’s finest entertainers at a theatre near you.

‘’The best ventriloquist Britain has discovered for many years…’’  The Stage

“If you think the words ‘brilliant’ and ‘ventriloquist’ have no place in the same sentence, go and see Paul Zerdin for some brutal re-education” Evening Standard

Bring the risk down! To Yorkshire Sat for Calendar Girls: The Musical amateur premiere, and wasn’t West End Live great!

Woking was PACKED for Grease this week! …I know how amateur theatres can all reopen NOW! 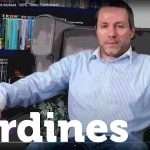