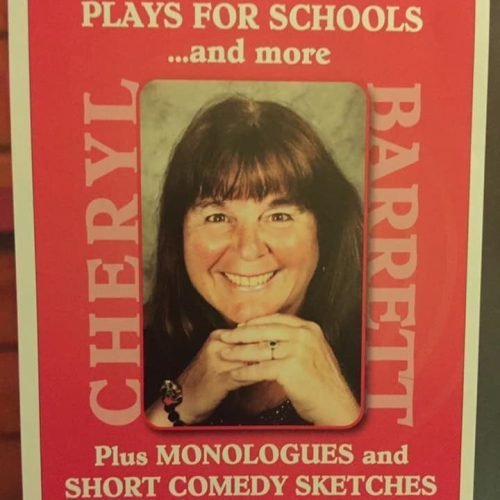 I am a published playwright with over 100 scripts, including pantomimes, plays, comedy sketches & monologues. www.cherylbarrettwriter.co.uk As well as acting and directing I perform at open mic spoken word events on the Isle of Wight. My hobbies include singing with the Baywailers Choir and playing the ukulele. I am Press Officer for Tennyson Townswomen's Guild.
Cheryl May is also a sardines journalist

I have played a wide range of serious and comedy roles over the years including Madame Arcati.

Semi-professional in an 80s musical comedy, Stand and Deliver at the Kings Head Theatre in Islington, London in 2012/2013

I am a published playwright with Lazybee scripts and write reviews and articles for Sardines Magazines. I have also written articles and reviews for other publications.

I act and direct and perform my poetry and monologues at spoken word open mic events,