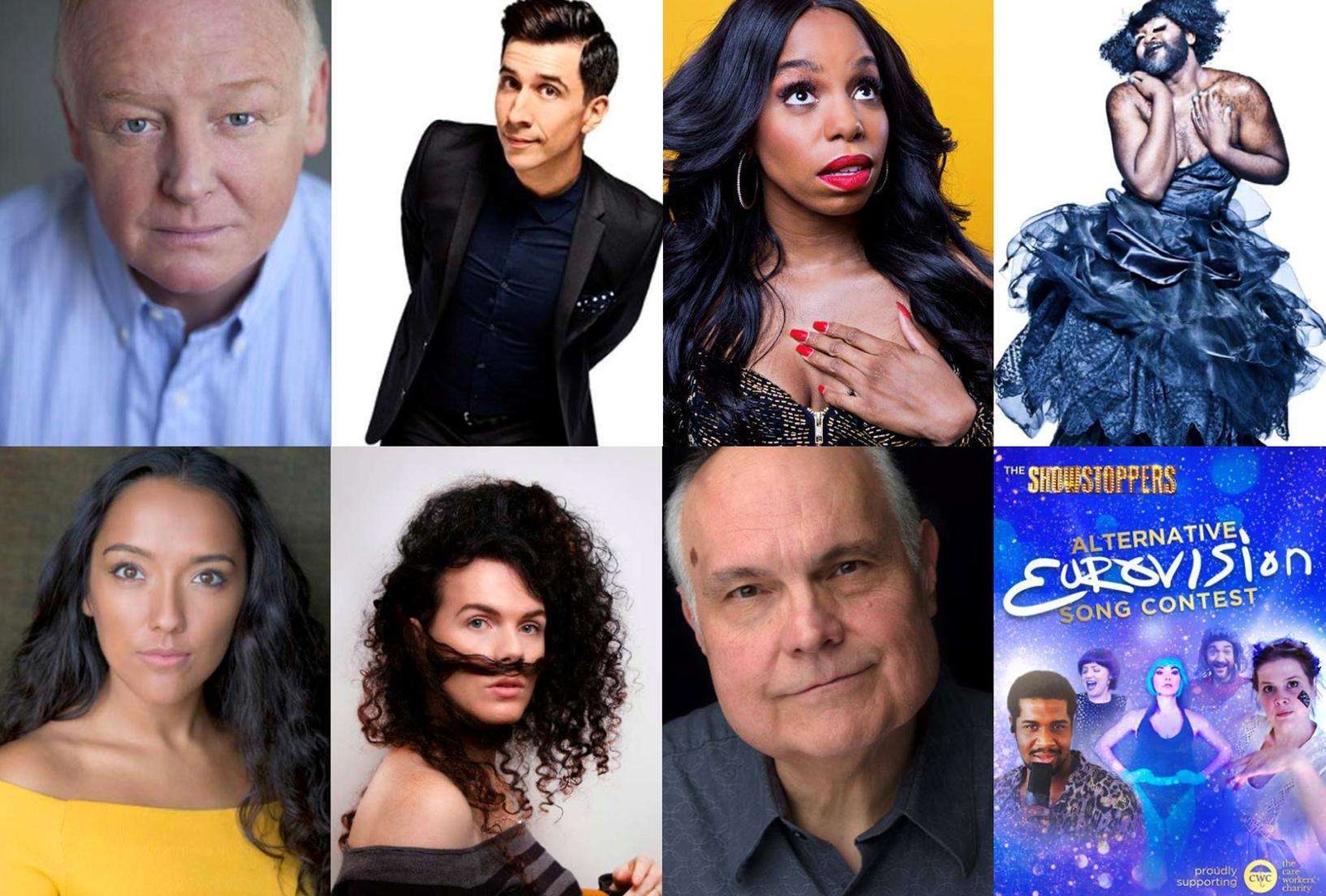 Credits: Raising laughs and money for The Care Workers’ Charity! Presented by the Olivier Award-winning The Showstoppers

At a time when many of us are perhaps tiring just a little of streamed rather than live performance, and with the real thing tantalisingly just round the corner, it was quite a challenge for the Showstoppers team to top their 2020 Alternative Eurovision with an even better version – but they did it of course. This talented group threw everything at the project, mixing live improvisation with carefully crafted inserts and wrapping the whole thing in an interactive structure which allowed the online audience to vote and donate to charity along the way. Tickets for the event were free, but voting required a donation, with all profits going to the Care Workers Charity.

From the beginning, when we met hosts Pippa Evans and Andrew Pugsley, ably backed up by their resident Euro-statistician Tony Cordial (Philip Pellew), it was clear that this was pitch-perfect parody. The national entries were just as good (or bad) as the real thing, with opening act Marti and Marta from Austria providing a perfect blend of yodelling, lederhosen and silliness. The following acts were mostly provided by the talented Showstoppers team (14 of them), though with a few guests like Mike McShane, with his moody Icelandic offering.

These were no quick Zoom videos either, but fully costumed and with deft effects all too reminiscent of the cheesy national videos in the real thing. It was all here, especially the archetypal slow start followed by a key change and up tempo section, and some truly bizarre outfits. Each act was introduced by guest comperes Marcus Brigstocke and Rachel Paris, and at suitable intervals, celebrity guest judges like Russell Kane (or his impressive alter ego), Le Gateau Chocolat, London Hughes and Les Dennis added their comments: and that’s quite a bill.

Although Marti and Marta were archetypal Eurovision, and indeed took an early lead in the voting, there was much more to delight in, including the intense Heimlick Maneuver from Germany and the unforgettable Nana Novakovakova from the Czech Republic with her faithful penguin. My vote went to Basta di Pasta from Italy but the final voting saw a number of favourites battling it out to win the public vote and the votes from each country, with the final winner being the Latvian duo with their ode to Fish and Chips, just beating Sweden and Germany.

With 10 musicians involved as well, this show had higher production values than some newly-reduced West End musicals – no sign here of anyone looking to save money by reducing numbers. Interval entertainment included a performance from last year’s German winner, and an update on the sad tale of Bim the puppet, who has had a hard time…

From time to time, we were taken by Zoom to the Green Room to eavesdrop on the contestants and their discussions, sometimes rapidly disconnected when feelings get too strong. It was a mark of the care given to this event that this was no simple Zoom link but a carefully crafted simulation with some sneaky in-jokes in the pop-up chat.

The whole event was live-captioned and was conceived and directed by Andrew Pugsley. A great way to spend a Saturday evening; now let’s look forward to seeing this talented group back where they belong, performing live in a theatre, which they will be doing from early June (details on their website).