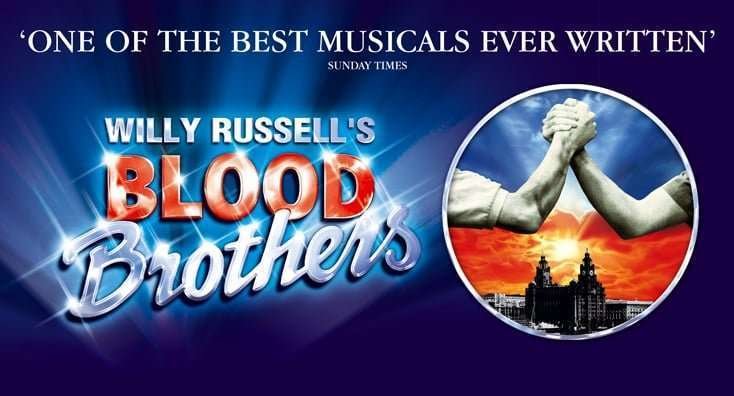 Lyn Paul is on her last outing as Willy Russell’s Mrs Johnstone after first taking on the role in The West End in 1997. Moreover, this week’s run at Woking’s New Victoria Theatre is the last week of the musical’s UK – and Lyn Paul’s farewell tour. To be honest, at 72 years old, COVID or no COVID, she’s lucky to be taking part in her farewell tour, and this casting is the reason for the show not being awarded the full five stars. I know she’s a Blood Brothers ‘legend’ and knows the show inside out but when the young Mrs Johnstone kicks the show off – in a seemingly constant state of pregnancy, the fact that she is now the age of an elderly grandparent cannot realistically be ignored. I’ve seen Lindsay Hateley and Melanie Chisolm (the ex-Spice Girl) play the role; they were both much more suited, age-wise to take on the young Liverpudlian mother.

That said, The ex-New Seeker (I’d Like to Teach the World to Sing) is quite brilliant in the role. In case you’ve been living under a rock, Blood Brothers is about Mrs Johnstone who gives one of her twin babies away to Mrs Lyons – her well-off employer who has discovered she and her husband cannot have children themselves. Hence, Mickey Johnstone and Eddie Lyons grow up apart until fate brings them together… twice. SPOILER ALLERT! – Things don’t end well for the two brothers.

Willy Russell’s iconic musical, loosely adapted from Alexandre Dumas’ The Corsican Brothers (1844) has been critically hailed alongside his other two masterpieces, Educating Rita and Shirley Valentine. The musical content of Blood Brothers is quite brilliant, reprising its tunes throughout. Highlights includes the iconic Marilyn Monroe, Bright New Day, Shoes Upon the Table and the celebrated Tell Me it’s Not True. All the numbers don’t seem to overtake the story and are nicely integrated into the plot.

Russell’s other masterstroke is through the use of a Narrator who comes and goes speaking rhyme throughout. To that end Robbie Scotcher has returned to the role that he excelled in over past years, and makes an imposing figure. I saw Wet Wet Wet’s Marti Pellow play the narrator five years ago but Scotcher has really nailed this part. Elsewhere, as the twins, Alex Patmore (Mickey) and Joel Benedict (Eddie) also give a fine account of the brothers both growing up – Dennis Potter style – and as their eighteen-year-old versions.

Paula Tappenden is delighfully posh as the unhinged Mrs Lyons, Danielle Corlass makes a very pretty Linda and Tim Churchill plays some funny multiple roles including Mr Lyons, the Milkman and Mrs Johnstone’s gynecologist. There are several other multi-role performances going on such as Matt Slack’s two Teachers and a Policeman and Danny Taylor returns to the familiar role as Mickey’s idolised elder brother, Sammy.

Blood Brothers is extremely popular with amateur companies in usually the non-musical version but when this tour finally ends perhaps we’ll see some amateur productions of the musical. 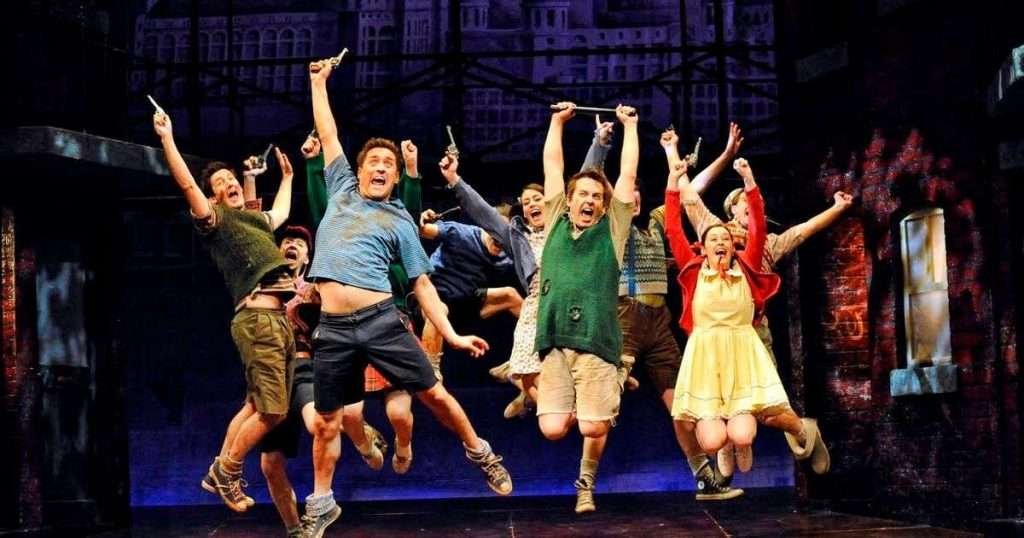 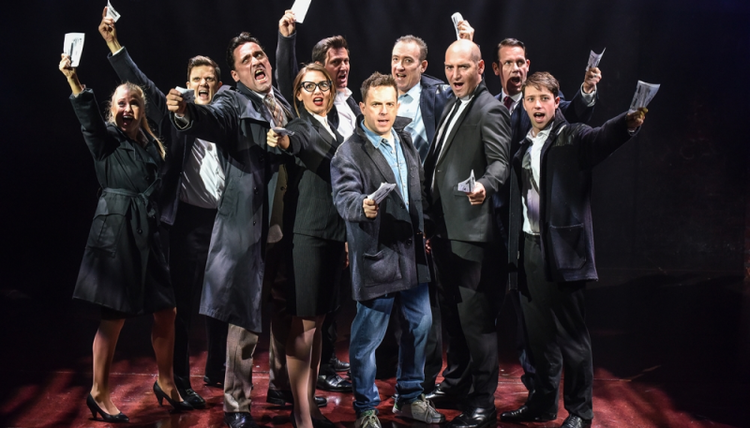 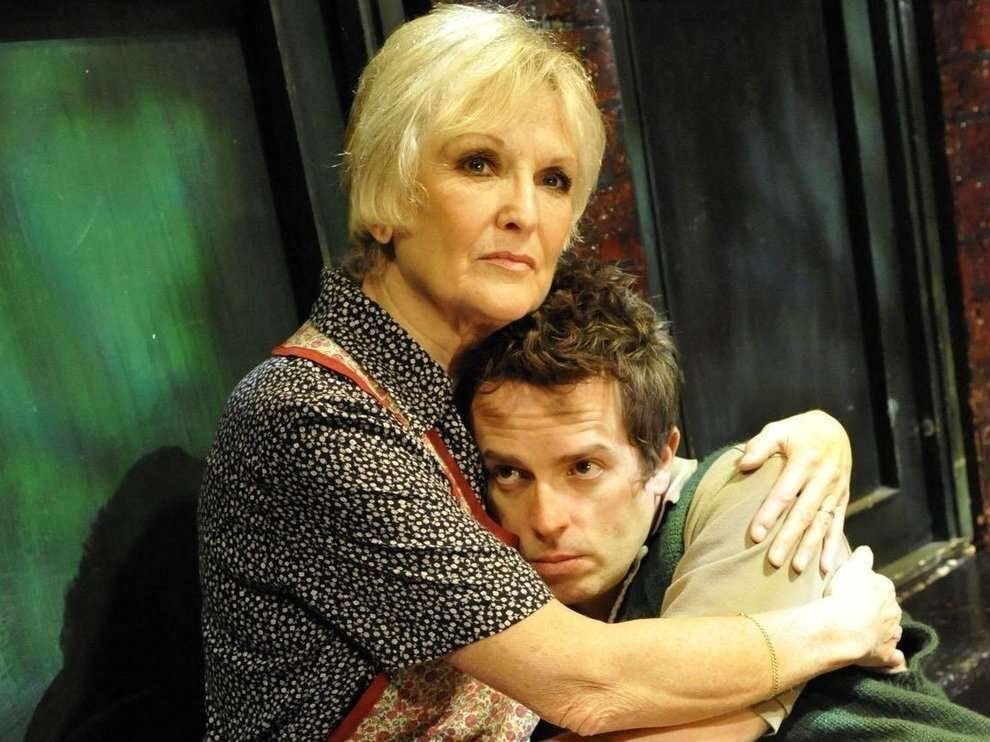 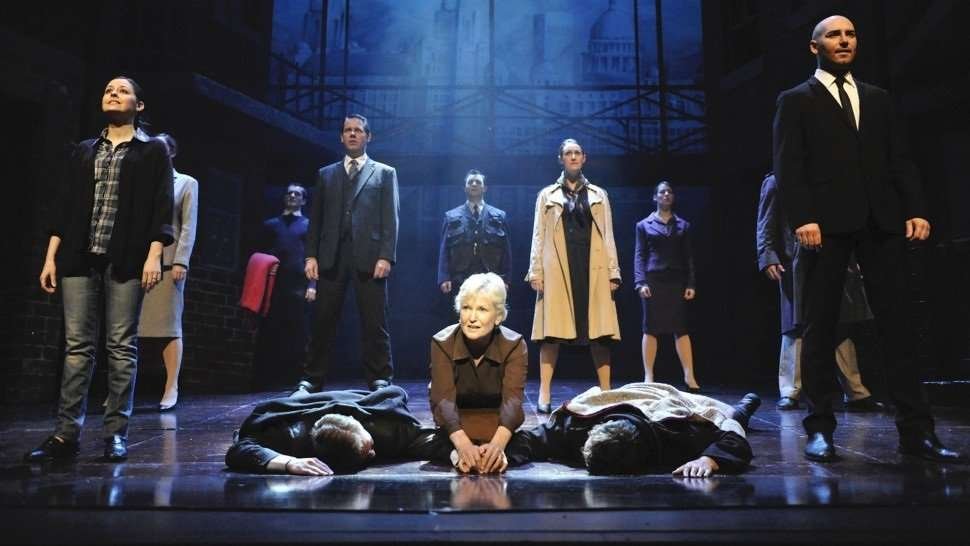