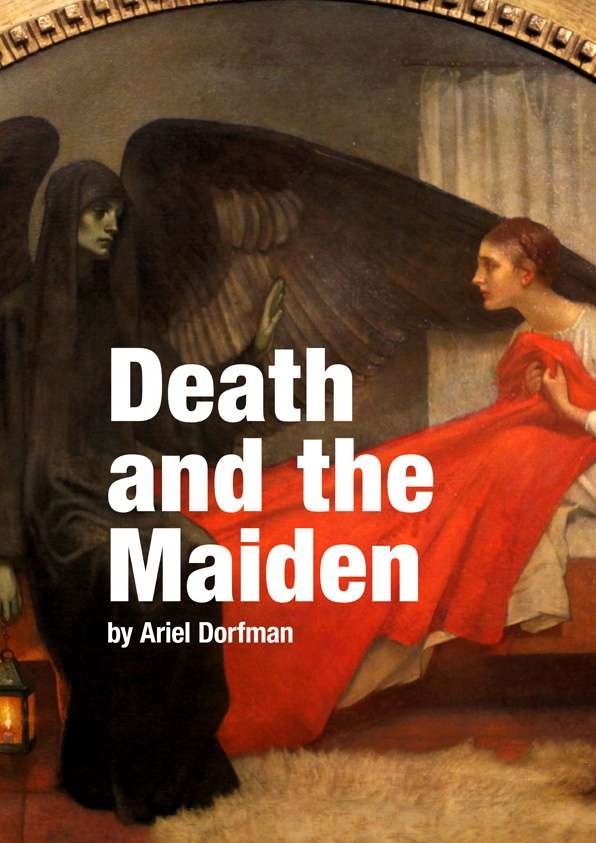 Show: Death And The Maiden

Death and the Maiden

Although Ariel Dorfman’s 1991 play premiered at the Royal Court, won an Olivier in 1992 and was filmed by Roman Polanski in 1994, it was completely new to me. It is a taut, tight, powerful three-hander set in the home of a liberal lawyer in Chile (Dorfman’s adopted country) as it emerges from its long fascist dictatorship under Pinochet. In this production James McKendrick’s sensitive direction stresses every ounce of tension and ensures that the pace never flags.

The newish democratic president has offered Gerado Escobar (Matthew Vickers) the chance to lead a commission of enquiry into criminal human rights contraventons during the dictatorship. His wife Paulina (Emma Cornford) is clearly deeply traumatised from her first appearance. The chance arrival of Roberto Miranda (Martin Shaw) in their home pushes her over the brink because  it gradually transpires that this was the man, a doctor, who supervised her torture and repeatedly raped her, incongruously playing Schubert tapes as he did so. Hence the title of the play: Death and the Maiden is the name given to Schubert’s highly regarded string quartet no 14 in D minor.

These three actors play off each other with a great deal of skill, conviction, naturalism and attentive, participative listening. Cornford is thrilling as Paulina. She has a crazed glint in her eye, dangerous determination and alternating reasonableness. It’s a gift of a part and she really runs with it. Vickers delights as the ever-sensible but slightly self interested husband and there’s a potent performance from Shaw as the terrified doctor – initially affable and a crumbling, chilling mess when he eventually reveals his guilt.

If you do a lot of professional reviewing it’s surprising how often you see either a weak play/show which lets down competent performers or indifferent performers messing up what ought to be a good piece. This production of Death and the Maiden is neither, As an exceptionally good play brought to life by talented actors and creatives it’s quite a treat.