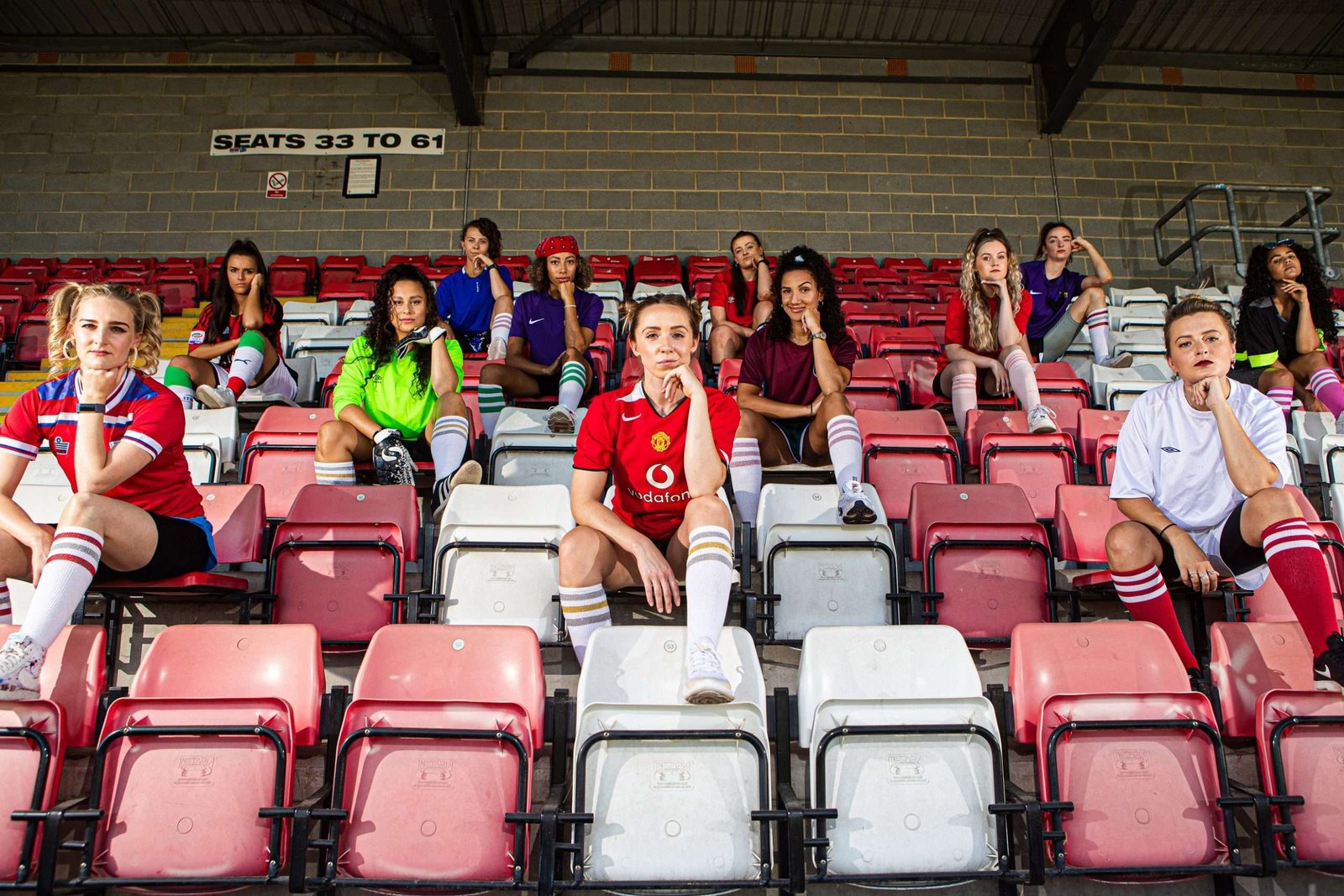 Michelle Payne is an Essex playwright who is quietly carving quite a name out for herself. As Artistic Director of Caspa Productions and Caspa Arts drama school, Payne was determined not to let local performers suffer at the hands of the dreaded Covid-19 and lose their chance to show off their talents. The straight-forward answer is to write and co-direct (with Mia Jerome) a full-length play about women’s football and perform it in a safe and socially distanced production, in the open air, inside a real-life football ground. Obvs. The piece comes to Essex on the back of previous runs at The Other Palace Studio, Queen’s Theatre Hornchurch and Mercury Theatre Colchester… and it’s very good!

Squad Goals features two casts of twelve, alternating performances until 10th October and, from the performers I saw on press night, this touching footballing comedy is in very safe hands.

In fact I must admit being somewhat blown away by the creativity of the whole production. Not only is the action immersive, it also has areas of promenade where the audience is invited to follow various members of the cast around Dagenham & Redbridge FC’s ground to witness a variety of scenes. One such piece, which took place behind the main stand, was creatively lit just using a car’s headlights.

To prove the age-old adage that football is indeed a game of two halves, while the first act concentrates on the storyline, a post interval second act brilliantly mixes choreography, movement (from Sundeep Saini) and music as the anticipated game of football is played… without a somewhat superfluous ball in sight. Imagine, if you will, a rauchus and modern twist to Jerome Robbins’ sublime ballet in West Side Story. All you need do then is swap Leonard Bernstein’s soundtrack for a clutch of modern club classics with a pumping bass filling the air and you’ve got a football game enthralling and entertaining to watch.

The English women’s game is on the up and Lexi isn’t being left behind. Rumours of a scout coming to watch them play inspires the ‘women’ (“we’re not girls!”) to put everything they’ve got into a match against their rivals. From trials – involving the introduction of social media queens to an Italian ‘legend’ – we eventually lead into the final match. And all the time we get a glimpse into the lives, the prejudices and the expectations of both groups of females (…and one man, who once played for West Ham under-15s).

The play’s contrasting halves complement each other brilliantly and Payne’s wit is played to its hilarious best by the talents of the cast. In the truest sense of a double-cast production the ensemble nature of the show is very strong, so I daren’t single anybody out – suffice to say our girl does indeed get ‘scouted’ on the night, and there are also one or two surprising – but funny – outcomes elsewhere.

Hats off to Caspa Productions for daring to take on such a determined never-say-die attitude and, as Michelle Payne said to me afterwards, “This show has been a real labour of love.”