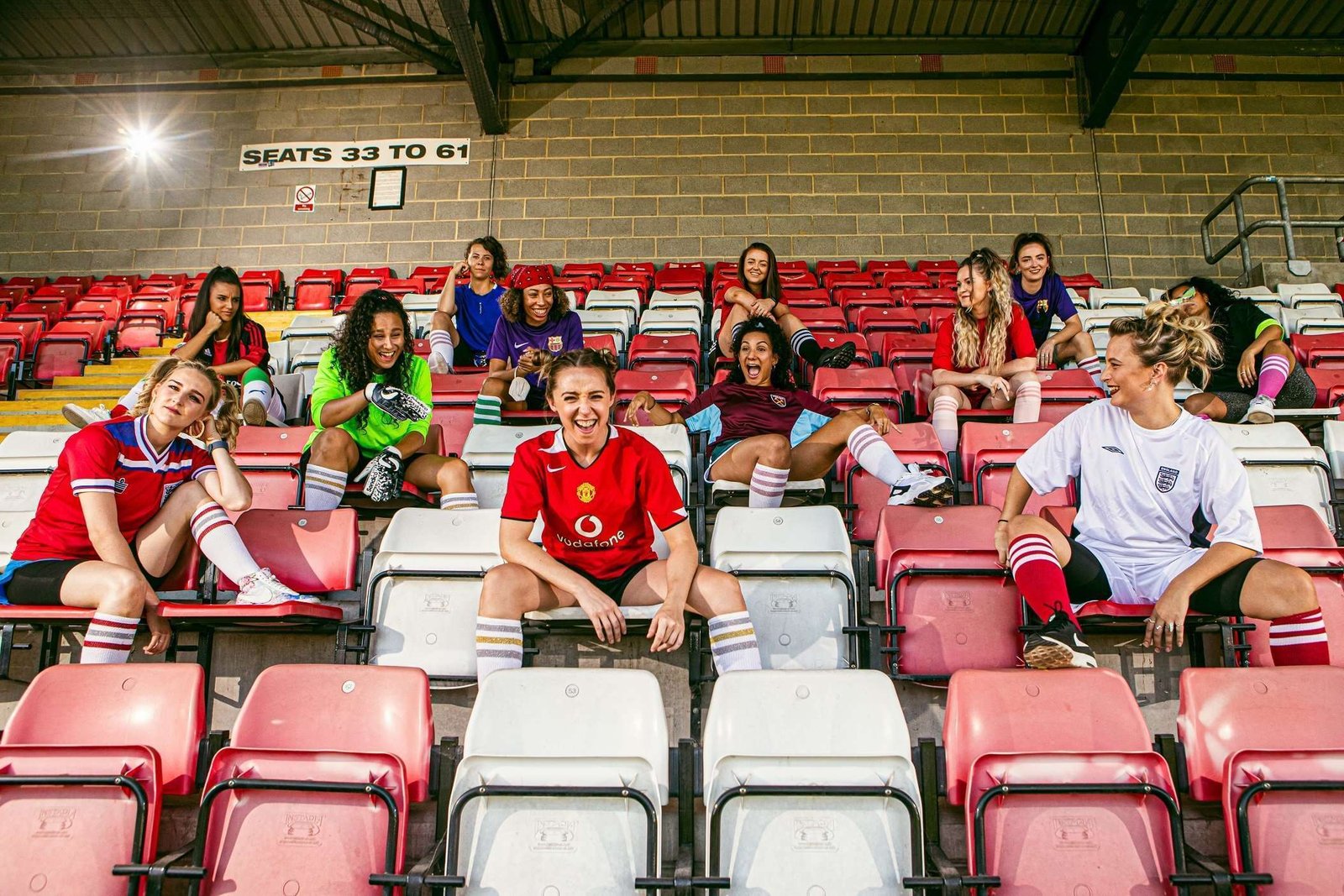 Squad Goals is a brand-new immersive show from Caspa Productions, opening for its world premiere at Dagenham & Redbridge Football Ground. Where better than to launch a show about football than in a football stadium as a socially distanced outdoor experience!

This lively and inspiring play tells of the lives, ambitions and relationships among a diverse group of young female school leavers who are inspired by the success of England’s lionesses and form a 5-a-side squad in their home town, Dagenham. Squad Goals follows the challenges they face as they struggle to be taken seriously in a world seemingly designed to stop them reaching their potential.

Writer and co-director Michelle Payne comments Growing up in Essex, football was really important to me, I wanted to create show that fully embraced that sense of community. We need something positive for our young people and our local community that’s supports both the sports and arts industry. Act one is a full immersive experience where you pick a side and meet your squad. Act two consists of a 5-a-side football match in the style of a dance routine. We’re massively inspired by Essex dance troupes such as Diversity and wanted to create a spectacle where people can be rooting for their chosen teams.

This highly physical show, filled with dance and drama, will be brought to life by a cast of incredible local Essex-based actors, recent graduates and West End performers including Jade Marvin (Six, NCL), Annie Southall (The Boyfriend, Menier Chocolate Factory) and Lucy Aiston (Six, Bliss Cruise production). The ten roles have been double cast, with 4 swing performers, meaning the production is secure from cancellations even if any of the cast need to self-isolate.

Squad Goals originated as a highly-acclaimed one-act play at The Other Palace Studio after scratch nights at Queen’s Theatre Hornchurch and Mercury Theatre Colchester. Now Caspa Productions have reimagined the production with a new and exciting approach to socially distanced theatre, providing employment opportunities for a large cast and numerous creatives. The team seek to engage with a young and diverse audience through workshops, Q&As and special performances for schools, colleges and community groups.

In a time when the world seems pretty dark, it’s lovely to see such an uplifting piece of theatre that highlights the importance of passion, hard work and friendship (★★★★ RewriteThisStory).

Title Squad Goals
Performance Dates Monday 14th September – Saturday 10th October 2020
Mondays – 4.30pm, 7.30pm
Tuesdays – 7.30pm
Wednesdays – 4.30pm, 7.30pm
Thursdays – 4.30pm, 7.30pm
Fridays – 4.30pm, 7.30pm
Saturdays – 1.30pm, 4.30pm, 7.30pm
Location Dagenham and Redbridge FC, Victoria Road, Dagenham,
Essex, RM10 7XL
Box Office Tickets are available from https://www.ticketsignite.com/event/3138/squad-goals.
Preview – £22.50 (£12.50)
Standard – £25 (£15)
Weekday Matinee ‘Straight from School’ – £10
Running Time 1 hour 30 minutes plus a 20 minute interval
How to get there The nearest tube to the stadium is Dagenham East (District Line). After exiting the station turn left and the ground is the fifth turning on the left about 400 metres from the station. If you are coming by rail, board the Greater Anglia service from London Liverpool Street to Romford Station. When exiting Romford station turn left where the 103 bus (towards Rainham Station) will stop at the nearest bus stop. The 103 bus will stop outside the ground and the ground is to the right of the stop.
Age Guidance 13+, contains explicit language
Social Media @CaspaProds, #SQUADGOALS

This is an open-air performance. In the event of bad weather, the show will continue unless it is deemed unsafe by the venue or the producer. All audience seating is under shelter.
Please be aware this production is double cast. The actors on stage will rotate throughout the production’s run.