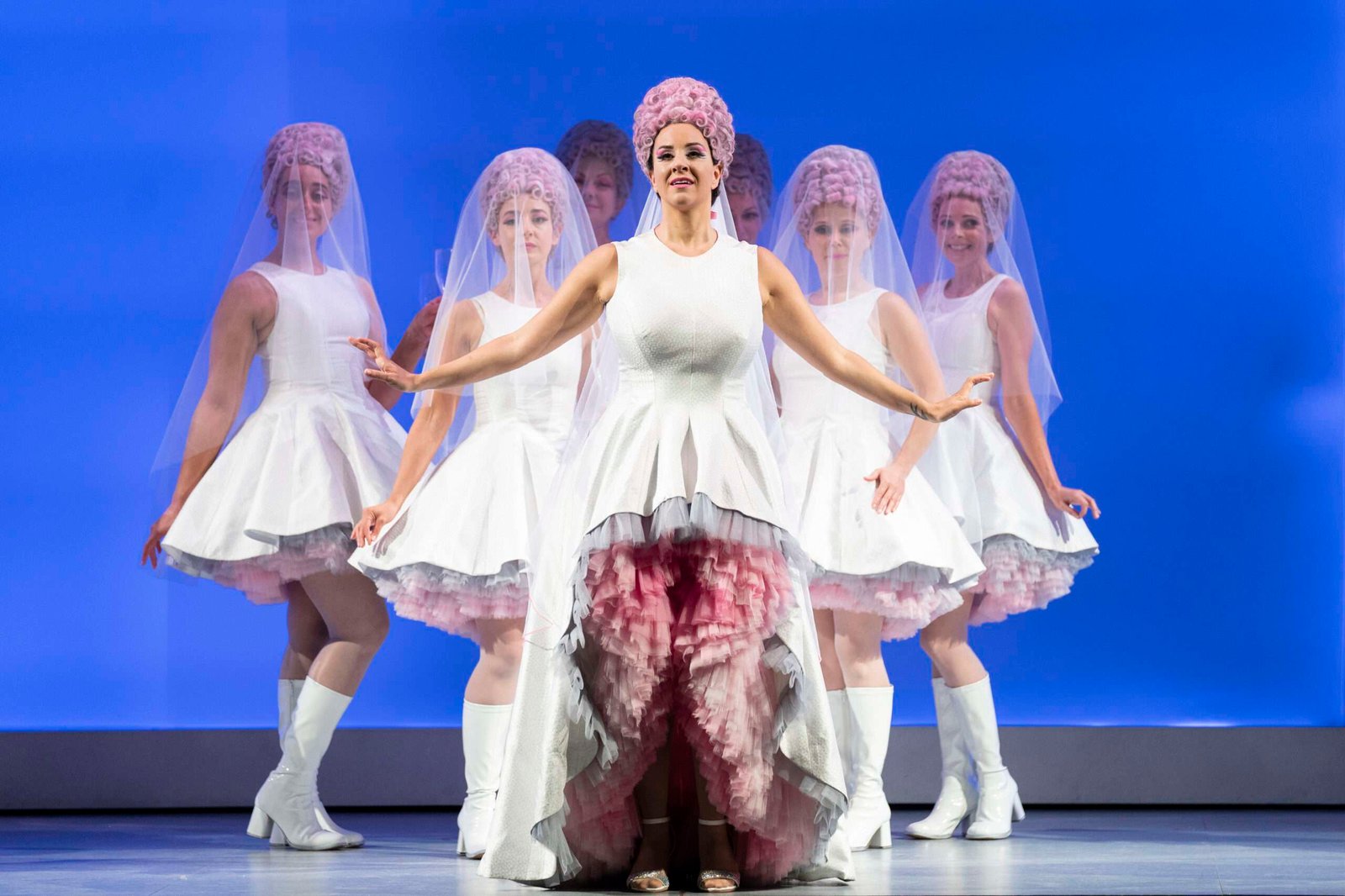 Credits: Puccini. Produced and performed by the Welsh National Opera

This is a new production of Puccini’s opera, a troubling piece in any age but which highlights issues which make it very current to modern eyes. This opera dissects and displays the privileged white males’ attitude in foreign countries, where girls are treated as commodities to be sold to the highest bidder for as long as they want to keep them and are then discarded. Butterfly, a young girl from a family thrown into poverty, still dreams of escape through her ‘marriage’ to Pinkerton. She wilfully or wishfully refuses to accept that it is not worth the paper it is written on and is convinced she can become a true American bride. Pinkerton, of course, makes it apparent from the outset to everyone except Butterfly that he wants her for her body and skills at pleasing a man.

Attempting to avoid the pitfall of criticising Japan, this production is set in some sort of futuristic country. It is impossible to avoid the references in the libretto to Japan but we are in a white world with largely pastel colours. The costumes look like they have been borrowed from a 1960s episode of Star Trek, except for Butterfly’s wedding dress which has an open front over many layers of bright pink frills making her look like a head on top of a giant vulva – doubtless to emphasise how the other characters see her, particularly Pinkerton and the sleazy ‘marriage-broker’, Goro, (Tom Randle). Horrifyingly, at fifteen, Butterfly is close to her sell-by date (already losing her looks according to the catty chorus). The first age guessed for her at the wedding is just ten.

The centrepiece of the show is the stark white house on two levels, the only room of significance the sparsely furnished bedroom. This is accessed through stairs and passageways which enable cast to go out and reappear from elsewhere, especially as the house rotates so we can see into the bathroom and kitchen. It feels somewhat as though Butterfly is trapped in an Escher drawing.

The singing is, of course, divine, as one anticipates from the WNO, and the production is slick but rather failed to engage me in the actual characters in the first Act. Pinkerton, played with unpleasant charm by Leonardo Caimi, refuses to heed the warnings of the consul, Sharpless (Mark Stone). He is one of the two sympathetic characters in that first half and is played with sincerity, although his helplessness in the situation chafes. The other is the faithful maid, Suzuki, (Anna Harvey), whose attempts to support and protect her mistress are ultimately unsuccessful. One dreads to think what her fate will be after the dreadful denouement of the piece.

While beautifully sung by Joyce El-Khoury, I did not feel Butterfly’s fragility in the first act. This was partly because the character feels more powerful in that act. She has thought through how she will proceed, going to the lengths of changing her religion, knowing this will lose her the support of her family but hoping it will help to secure her future with Pinkerton. It was also partly because of that dress which makes it difficult for the audience to see past the male assessment of her.

In the second half we see her and Suzuki living now in squalor and penury. I particularly liked the touch of Suzuki’s pink hair growing out. We learn the rent has been paid by Sharpless, they believe with money from Pinkerton but one wonders. However, there is no money left. Butterfly remains convinced that Pinkerton will return and save her and the son she has given birth to and raised in his three-year absence. She resolutely refuses a second marriage to the wealthy Prince Yamadori (an engaging Neil Balfour).  The most poignant section is when Pinkerton’s ship is finally sighted and the two women and the child, endearingly played in a dinosaur onesie, try to decorate the house for his expected return and then Butterfly maintains a vigil through the night, waiting for him to appear. Here, the wonderful orchestra, conducted by Carlo Rizzi, come into their own as the lighting takes us through the night and to the dawn.

This production is part of the WNO’s tour through England and Wales, which extends through to May 2022. 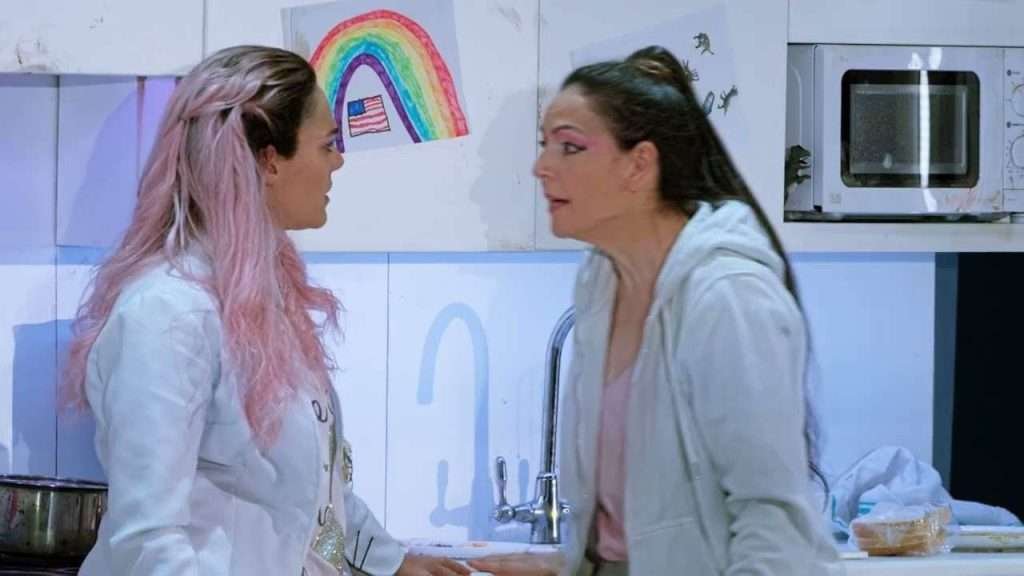