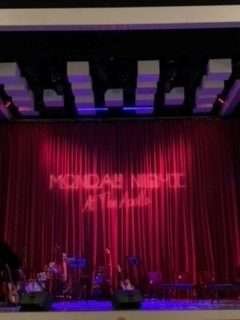 Show: MONDAY NIGHT AT THE APOLLO

Monday Night at the Apollo

And the West End is back…

Host, Greg Barnett, set the tone when he burst onto the stage last night with the energy and enthusiasm we have all missed from live theatre over the last year. It was clear from the audience who filled the theatre with applause, cheers and danced in their seats that this was a very welcomed return to the West End.

Monday Night at the Apollo is the second in a series of concerts that have brought phenomenal voices back to audiences live in the Apollo on Shaftesbury Avenue but also to viewers in their homes, being live streamed around the world.

And what a thunderous return to the stage it was…

This week another five West End stars joined Greg for an evening of vocal mastery as well as tales of backstage injuries, career journeys and highlights. It really was an evening on the sofa with your West End stars!

Shan Ako, currently starring as Eponine in Les Misérables next door at The Sondheim, gave the audience the ‘Shan vibe’, spreading love and joy with her humble and heart-warming nature. She invited viewers to ‘jam in their seats’ in her acoustic rendition of Bob Marley’s ‘One Love’ and united the entire audience in song, singing back to her as she wowed with effortless and accomplished runs.

Later in the evening, Shan debuted her original song ‘Lean On’ that she wrote during lockdown. Not only were we entertained by stunning vocals throughout the evening but the West End stars opened up about how difficult the last year has been on the industry and their gratitude for the return of theatre was truly felt by all.

We travelled through the genres throughout the evening, hitting musical theatre, jazz, reggae, country and even some impromptu expert whistling of ‘Bohemian Rhapsody’ by Les Misérables’ Jamie Muscato! Jamie spoke for everyone when he said that he feels ‘lucky’ to be back on stage every evening again and treated the audience to a version of ‘Lifeboat’ from Heathers, claiming that female songs are often the better ones!

Sophie Evans (Wicked, Wizard of Oz) brought the country genre when singing her original song ‘I’m Yours’ impressing with her control and emotional delivery. She later gave her rendition of Eva Cassidy’s ‘Songbird’, accompanied by the incredible band, Ryan Webber taking the spotlight in a faultless guitar solo.

Bringing charisma and vocal genius, Sandra Marvin regaled tales of going from the set of Emmerdale to starring in Hairspray before leaving the crowd in awe as she delivered a flawless rendition of ‘I Know Where I’ve Been’ (Hairspray) and just when you thought she couldn’t push the range any further, she did just that!

And Arthur Darvill showed his musical talent and versatility, playing the piano to accompany his version of ‘Cigarettes and Chocolate Milk’, duetting beautiful harmonies with Shan in a performance from Once and then ‘Suddenly Seymour’ (Little Shop of Horrors) with Sophie which, in the words of Greg, they ‘nailed’!

Not only did this performance bring joy and music back to audiences around the world but ticket sales also raised funds for ‘Acting for Others’, supporting those in the industry that have been most affected through the pandemic.

Our much-loved theatre is finally reawakening and if yesterday evening was anything to go by, it is back, bigger and better than ever! 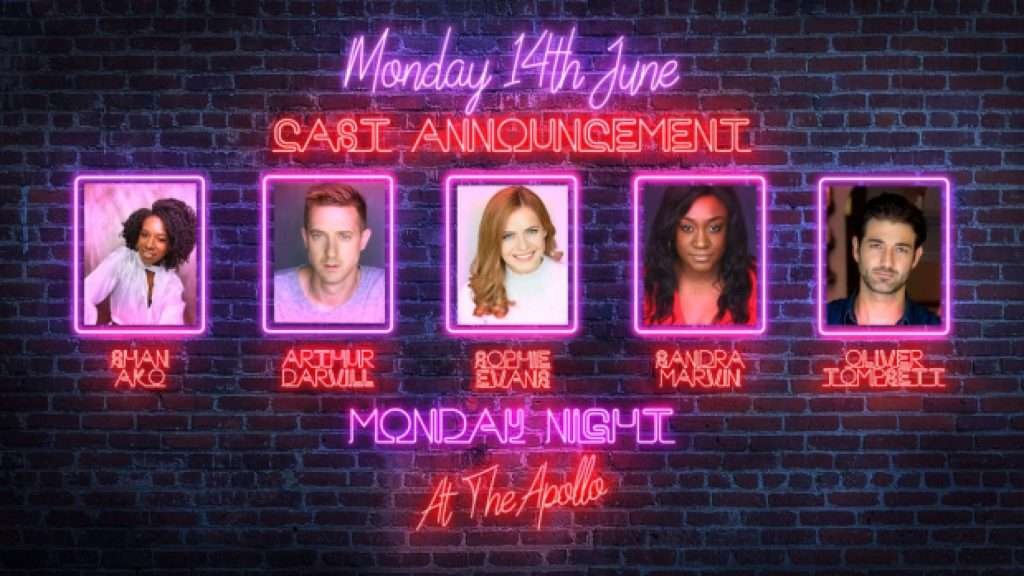