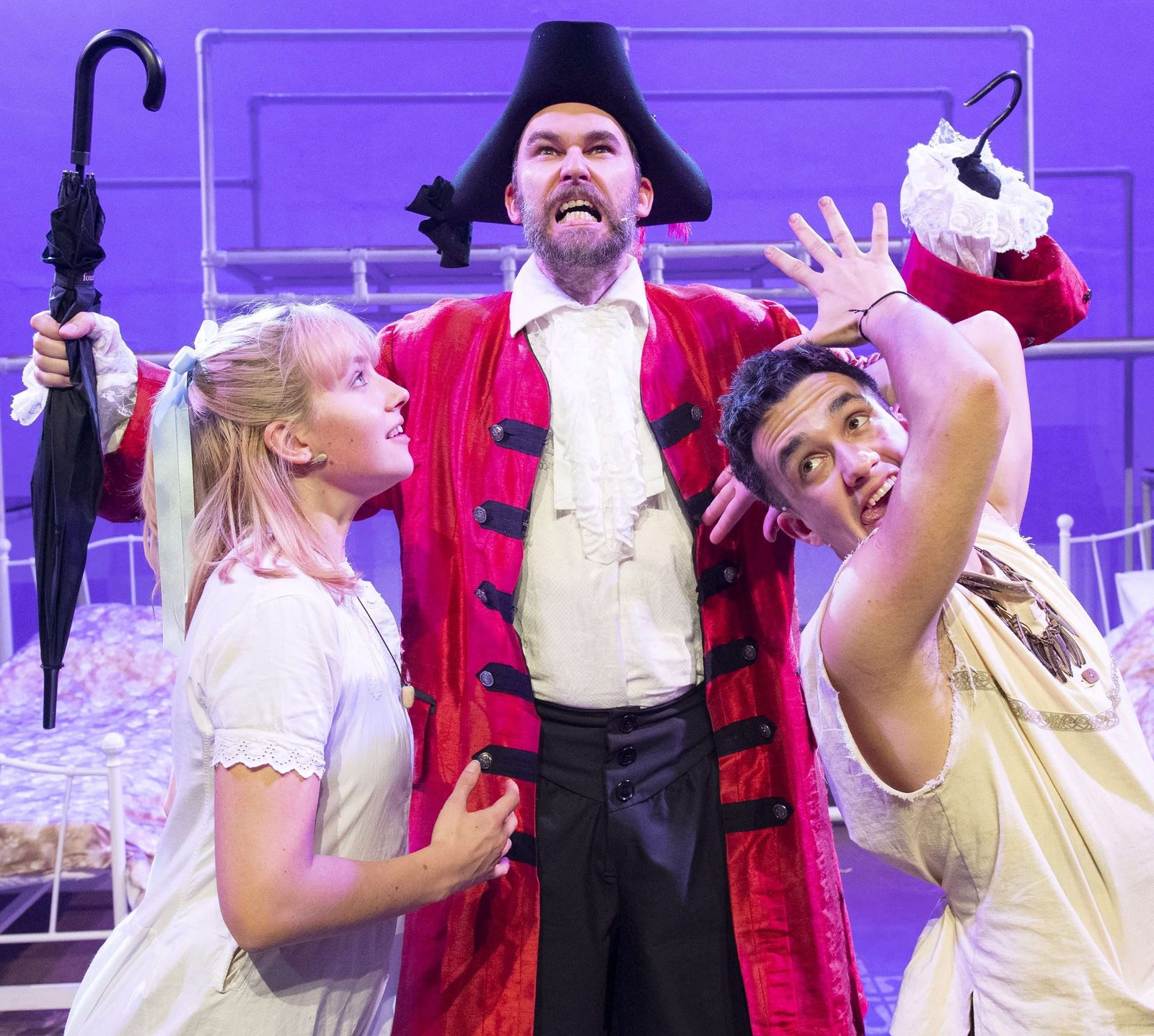 Credits: Based on the play by JM Barrie. Presented by arrangement with Great Ormond Street Hospital Children’s Charity and Concord Theatricals Ltd.

With the industry still a world away from being ‘back to normal’ I am absolutely thrilled to be visiting Alban Arena, to watch an OVO production, a musical version of J.M. Barrie’s classic Peter Pan. OVO is an award-winning St Albans based theatre company. Established in 2002, it has produced more than eighty shows over the past eighteen years. With this amount of experience and with them having a reputation for producing inspiring theatre my expectations are high and I’m not disappointed. As the lights dim and the action on stage begins we are invited into the magical imagination of J.M. Barrie, I’m pleased to discover this particular production, directed by Adam Nichols, is very in keeping with the traditional story.

The set is designed for practicality, to be able to move and change easily and also the same pieces to be used for multiple purposes. Everything feels organic, natural colours, simplistic designs and shapes. The music and sounds are being provided by musicians at the side of the stage in a subtle style. Each element working together creating a very wholesome undertone.

In places it slows down for too long, I understand the reasons, changing the scene or using contemporary dance to express fight scenes in slow motion, but it happens a few too many times and loses the flow and pace of the story. By doing this it also lacks the grit you would expect or desire from the pirates and fight scenes in general.

Over the years I have seen many versions of this story and therefore many Peters and I can confidently say Felipe Pacheco gives the best version I’ve witnessed. He has the right balance of the many personality traits the character entails, his energy and animation is exemplary, I actually believe he is truly Peter Pan and not an actor at all.

Flora Squires – Wendy Darling, is quite obviously a talented actor but the highlight of the show for me is when she sings. Her vocal abilities seem effortless and I could listen to her sing all evening. She provides warmth and heart to the production, the love between Wendy and Peter is portrayed quite deeply and focussed on in such a way that I have a new understanding of the complex relationship.

Having a narrator on stage throughout and fully emerged in the scenes works extremely well. Anna Franklin – Narrator, truly commands the audience to pay attention without ever being out of place in a scene, her vocal performance is also a pleasure to the ears.

Jo Servi – Gentleman Starkey is a smaller role but stands out to me, he doesn’t break character for a single minute and his vocals fill the arena even if from the side of the stage.

The cast join in musical moments by playing instruments themselves whilst scenes are changing, a bit like a merry folk band, it’s enjoyable, show cases the clearly talented cast and again brings a natural, authentic feel to the performance.

It’s definitely Peter Pan but not how it’s usually told in a conventional way, which I enjoy very much. If I were to describe it I would say it’s a grown up version, the focus is on the relationships and feelings of the characters much more than the silliness or magic of neverland. I see the characters in a new light which is fascinating but I realise it’s quite serious and heart wrenching rather than young and humorous, not a negative though by any means, just a new way of experiencing this story for myself. 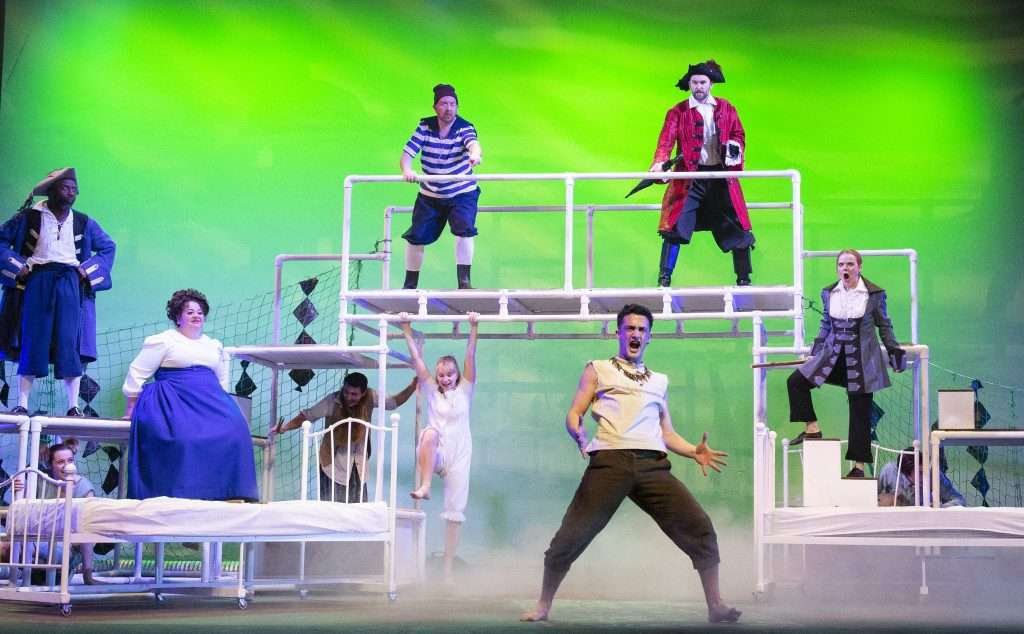 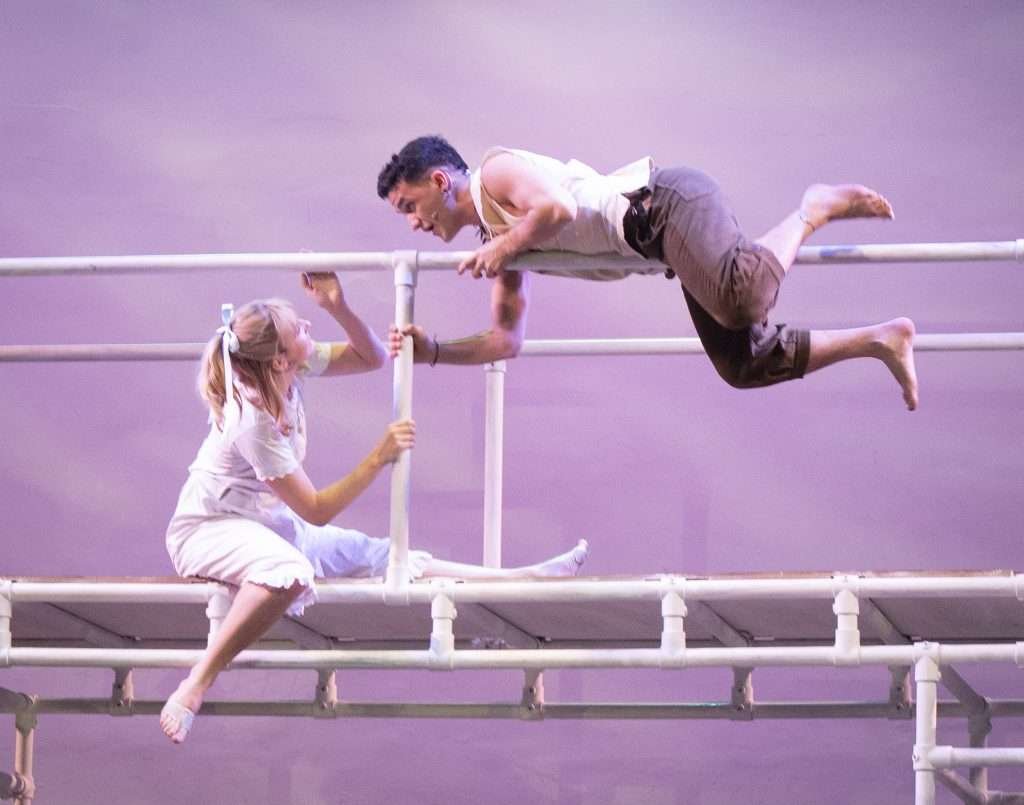 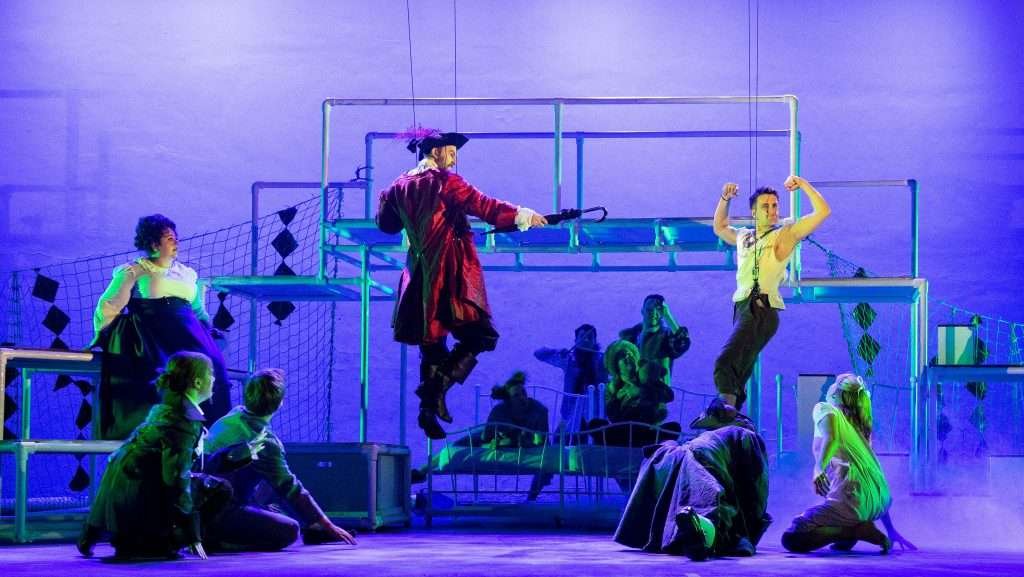