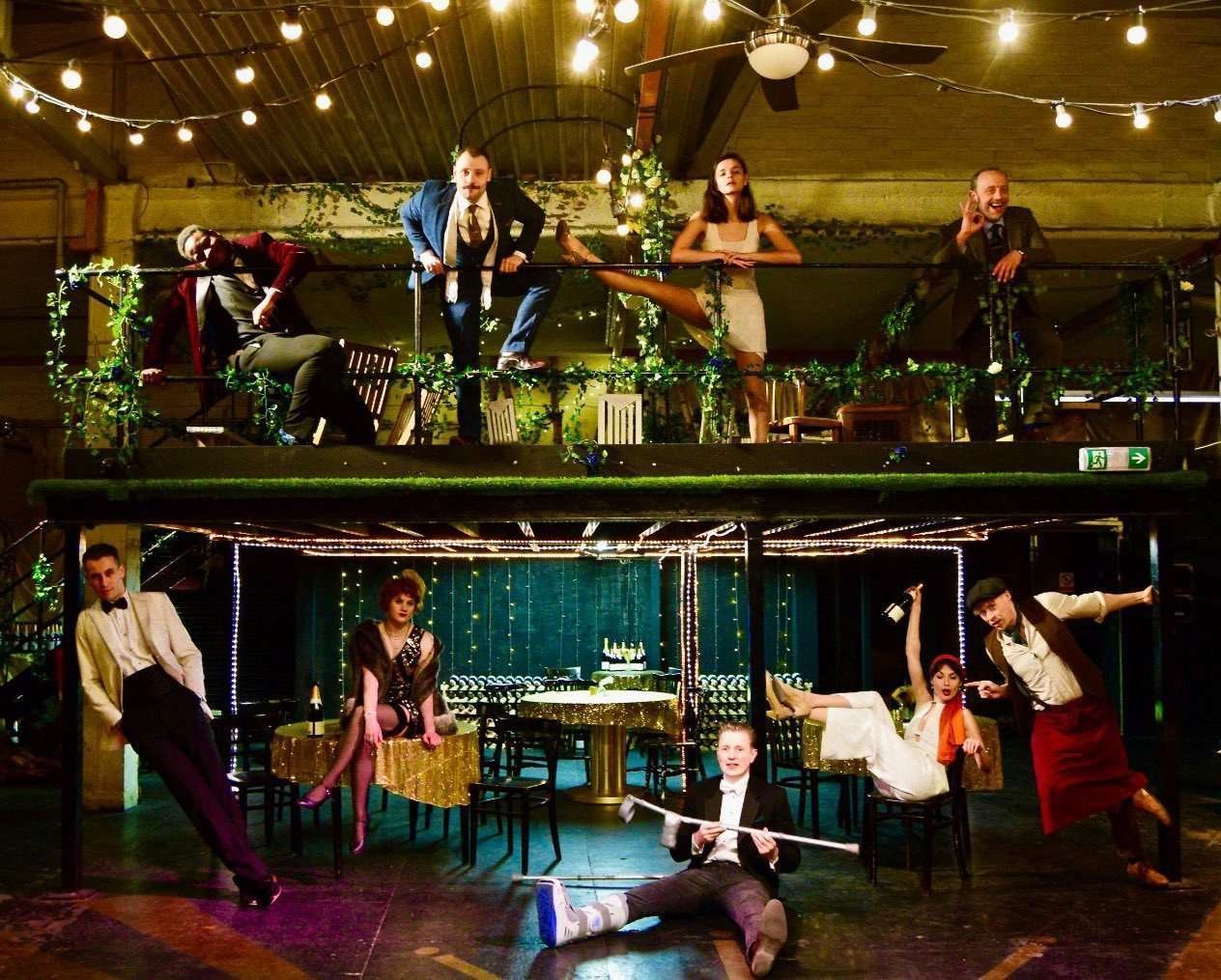 The world is a scary place. Right now, no-one is sure what day it is or whether they will ever fit into their work clothes again. To make matters worse, many of the usual methods of escapism have been ripped away, leaving us to stare at screens day and night. At a time when we need joy more than ever, it feels as far away as it can possibly be.

But the tide is turning. Venues are slowly starting to open their doors, welcoming eager (but now masked) audiences. As I walked into Immersive Gatsby, it felt strange to be back in the world of theatre, but also like I’d never left.

Approaching the lavishly furnished 1920s cocktail bar, I’m greeted by a slick-haired American guy. Other cast members mill around, looking equally dapper, and they chat and joke with the audience. I couldn’t help thinking how odd it must be for them to perform to a group of half-faced individuals, but not once did they let it sway them from their characterisations.

The world of The Great Gatsby, created by F Scott Fitzgerald in his 1925 novel, is hedonistic and borne of excess, a cautionary tale of the idealistic American dream. Nick Carraway (James Lawrence) opens the show, a handsome chap who has a naïve charm about him. He is a strong lead who I was instantly drawn to on press night.

The glitz and glamour of the era soon explodes into life as the floor is filled with whooping, kicking and singing for the opening number. You can’t underestimate how special this feels after months of lockdown, and the joy of the cast is infectious.

You soon realise what a slick operation Immersive Gatsby is. You may suddenly be whisked through the nearest door by the frothy Daisy Buchanan (Lucinda Turner) or straight-talking golfer Jordan Baker (Ivy Corbin). Daisy is Gatsby’s former lover, and Lucinda is flawless in her portrayal of the former debutant who seems to be heading down a path of destruction. Ivy gives a nice edge and glamour to Jordan, who has her eyes on Nick.

Jay Gatsby (Craig Hamilton), the mysterious millionaire, holds himself with a stiffness and awkwardness right for the character. His catchphrase of ‘old sport’ is delivered with no real warmth, and he’s hard to like, but that is very much the point.

An opposite in many ways, Daisy’s husband Tom (Dean Graham) is a loud, brash man, but no less unlikeable. The small room I was in at one point saw plenty of action when he rather loudly has sex with Myrtle Wilson (MJ Lee) outside the door and then quickly turns violent against her. The fact the two are having an affair leaves an even more unpleasant taste. MJ is boisterous and ballsy and delivers great physical comedy.

And so, the night unfolds. Parties, drinks, arguments, a hit and run… where will the action happen next and what will you be privileged enough to see? At no time did I feel unsafe or worried inside this glamourous world. The cast come to life in front of you, giving this story all the finesse and sparkle it deserves, but they speak to you like a friend; they guide you around the venue without a second thought; and they all look amazing whilst doing it. For a few hours, you can step away from the harsh real world we find ourselves in and into the light.

I can’t tell you what it meant to me to be at the theatre again. Immersive Gatsby is fun and real and special, but it would have been all these things, pandemic or not. 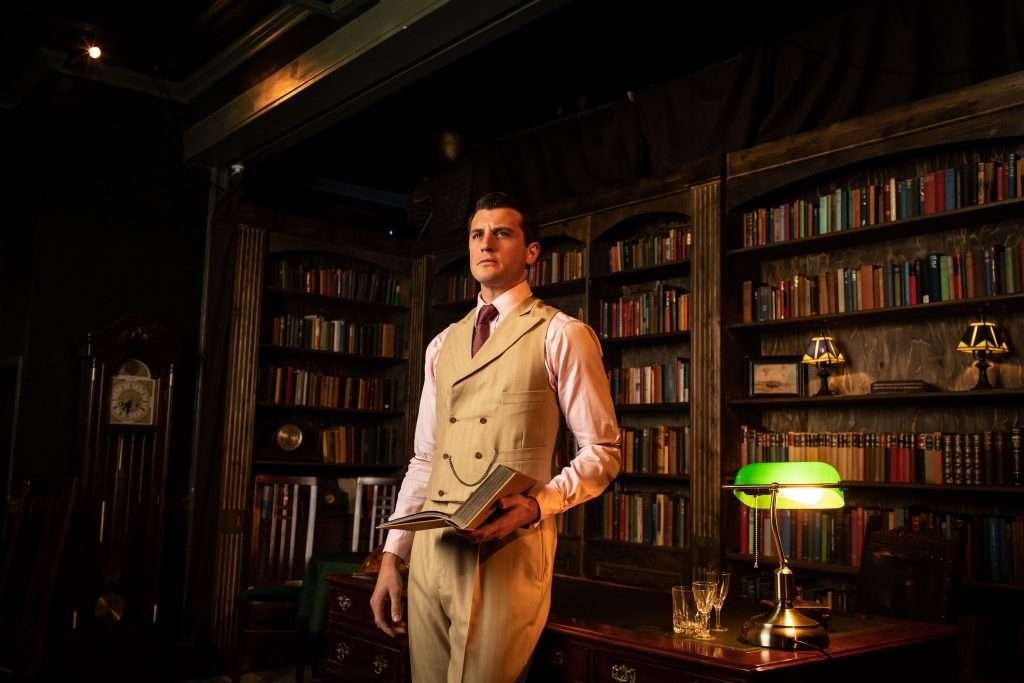 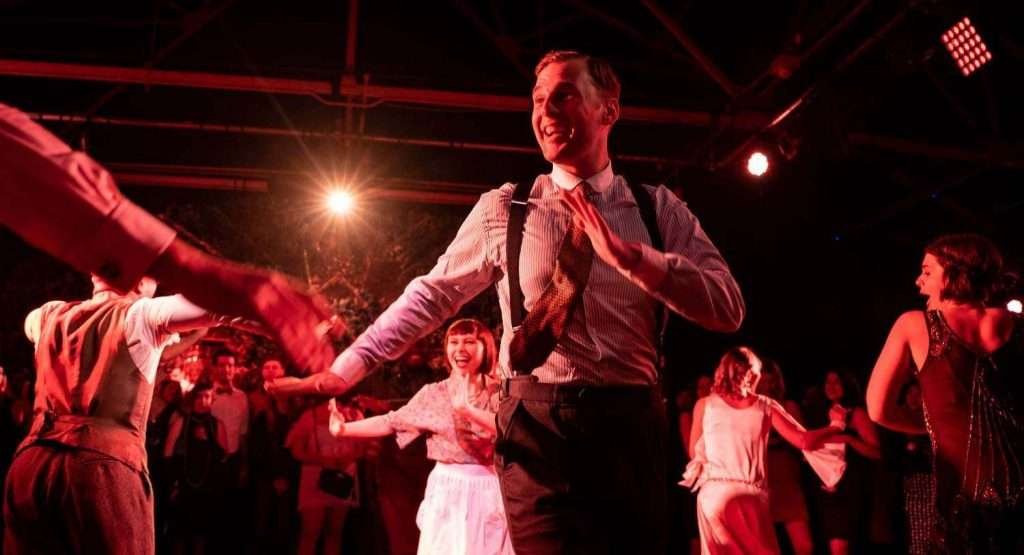 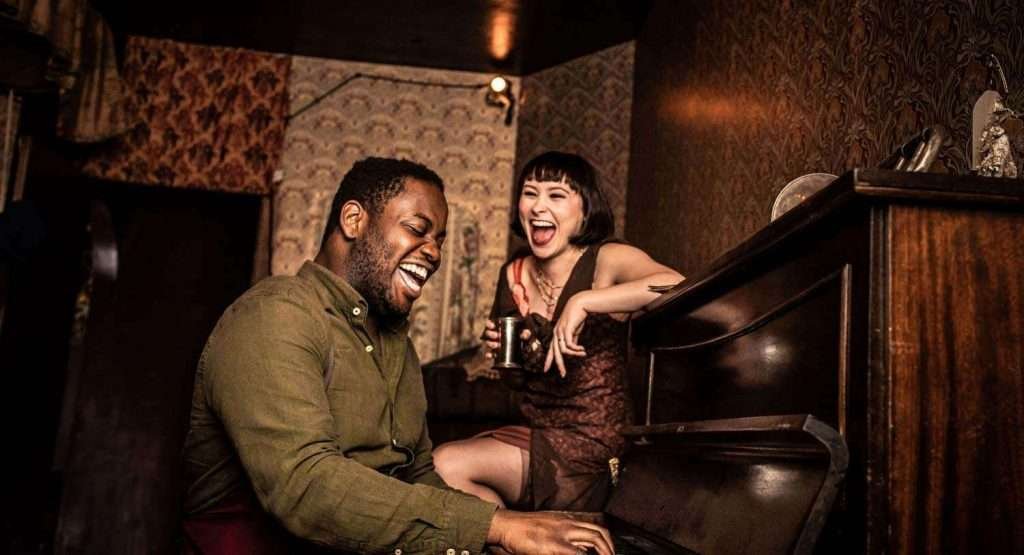