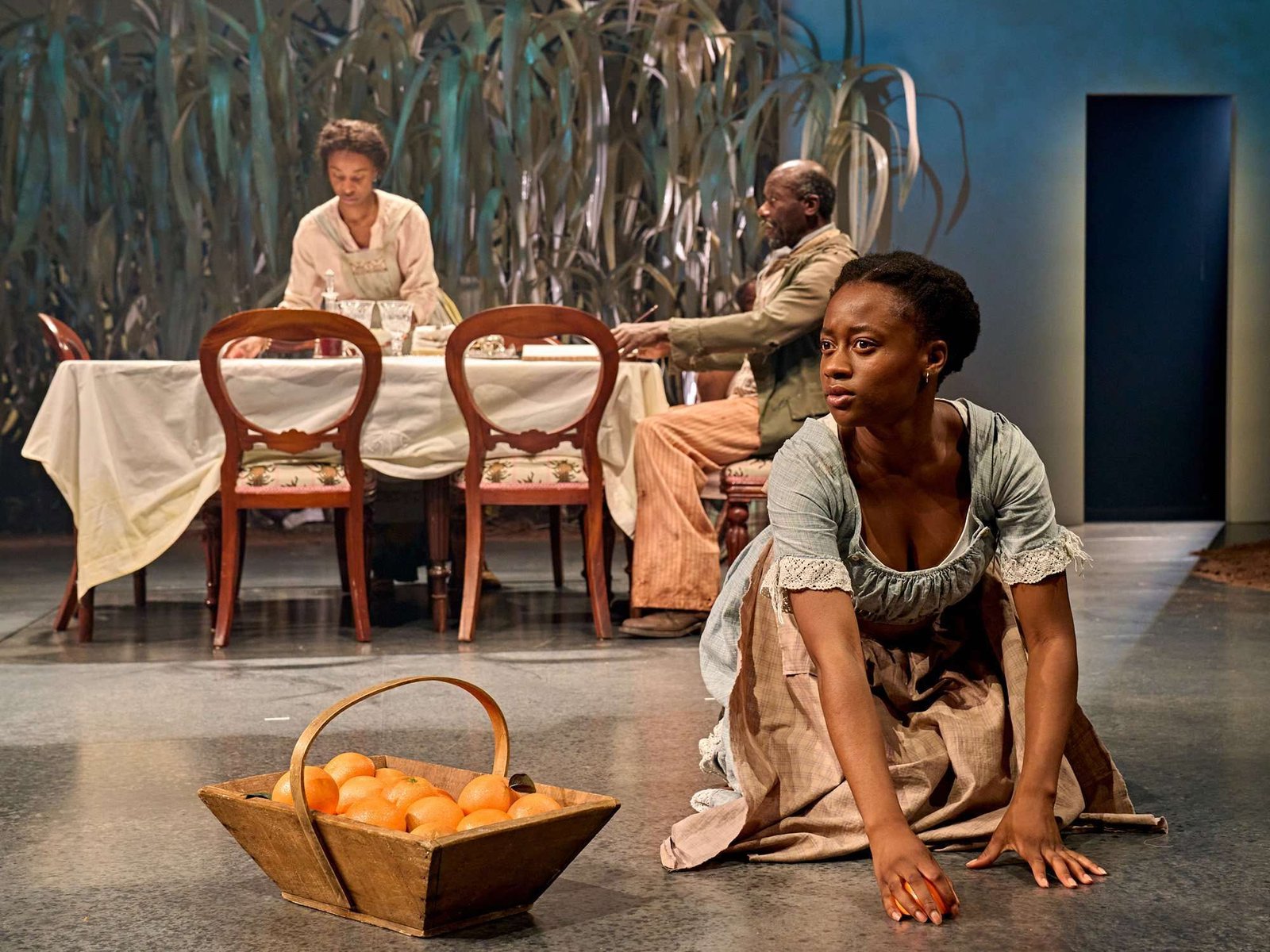 Credits: A new adaptation by Suhayla El-Bushra. Based on the novel by Andrea Levy (World Premiere)

Suhayla El-Bushra’s  take on Andrea Levy’s (final) 2010 novel is an arresting account of slavery immediately before and after its abolition in Jamaica. It’s also a celebration of story telling and oral history in which so many narratives are laid one upon another that in the end we have to make up our own mind about truth and what we mean or understand by it.

A youngish black man, Thomas Kinsman (Syrus Lowe) has prospered and bought an estate in Jamaica – perhaps in mid-Nineteenth Century. He finds an elderly black woman named Miss July (Llewella Gideon). He has reason to believe she is the slave mother from whom he was separated in infancy. Eventually, with courtesy and respect (and a lot of food!), he persuades her to tell her story and her bent, dignified feisty figure dominates the stage from them on as she remembers her past.

Enslaved black workers emerge from sugar cane upstage (designer Frankie Bradshaw) amidst atmospheric drum led music and you can feel the heat. Each person is characterised and of course each of them is ready to rebel when the time comes. It’s multifaceted as they, too remember, often recalling things quite different from Miss July’s account. Tara Tijani is strong as the younger Miss July, whose mistress even tries to take her name and insists on calling her “Marguerite” and I enjoyed Cecilia Appiah’s hoity-toity Miss Clara.

Scenes with the white overseer and the owning family are deeply shocking. There’s a fair bit of the sort of colonial language which would have been common currency at the time including the word which is probably now the most offensively emotive in the English speaking world but perhaps the line which stood out for me came from Olive Poulet as Caroline Mortimer: “Don’t kill him. He hasn’t finished my garden”. On press night the audience chuckled and then you could almost hear a collective appalled gasp as they had second thoughts.

It’s a sensitive and very timely contribution in the age of Black Lives Matter. You simply listen, believe and feel horrified shame as you marvel at the warm theatricality of the piece.

There is, however, an audibility issue. Hard as the cast have worked on their diaspora accents with voice coaches the end result is arguably over rich for UK audiences. I missed, for example, about half of what Llewlla Gideon said, powerful as she is in this role. And the thrust stage lay out at Chichester Festival Theatre means that sometimes characters are a long way from some of the audience and facing away from them. However fine the play you can’t respond adequately if you can’t hear much of what’s said – and, for the record, I don’t have a hearing problem. 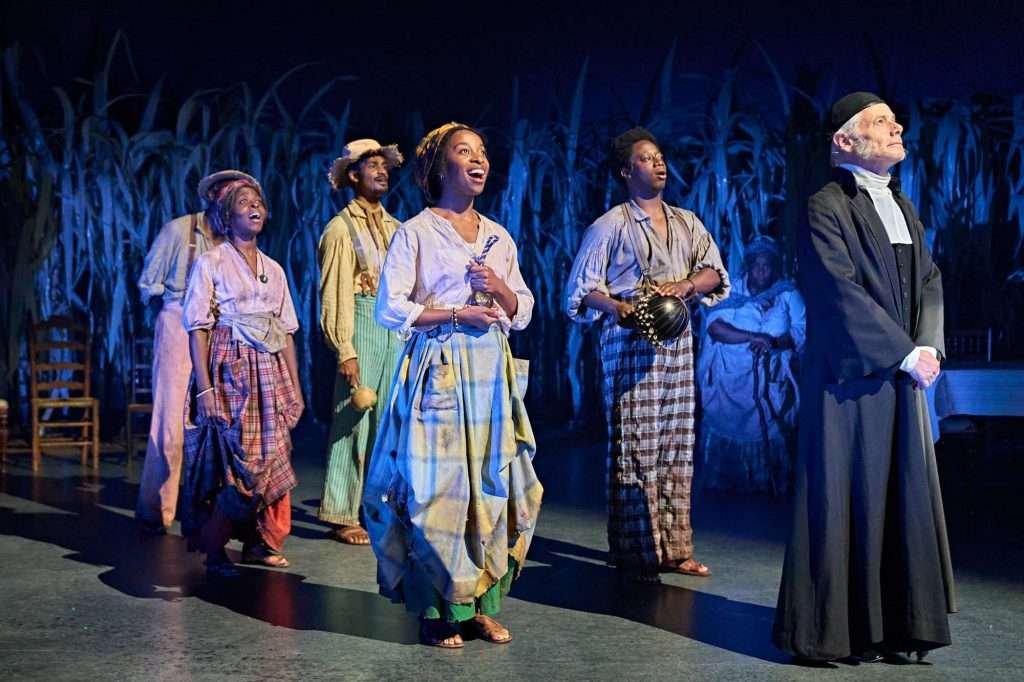 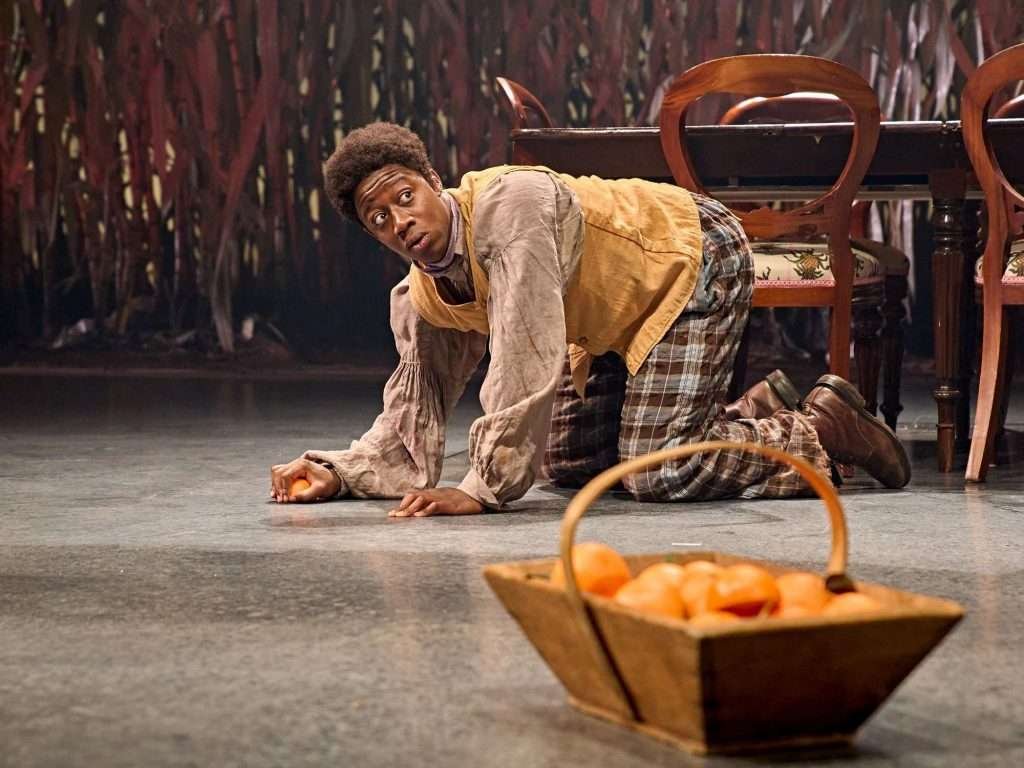 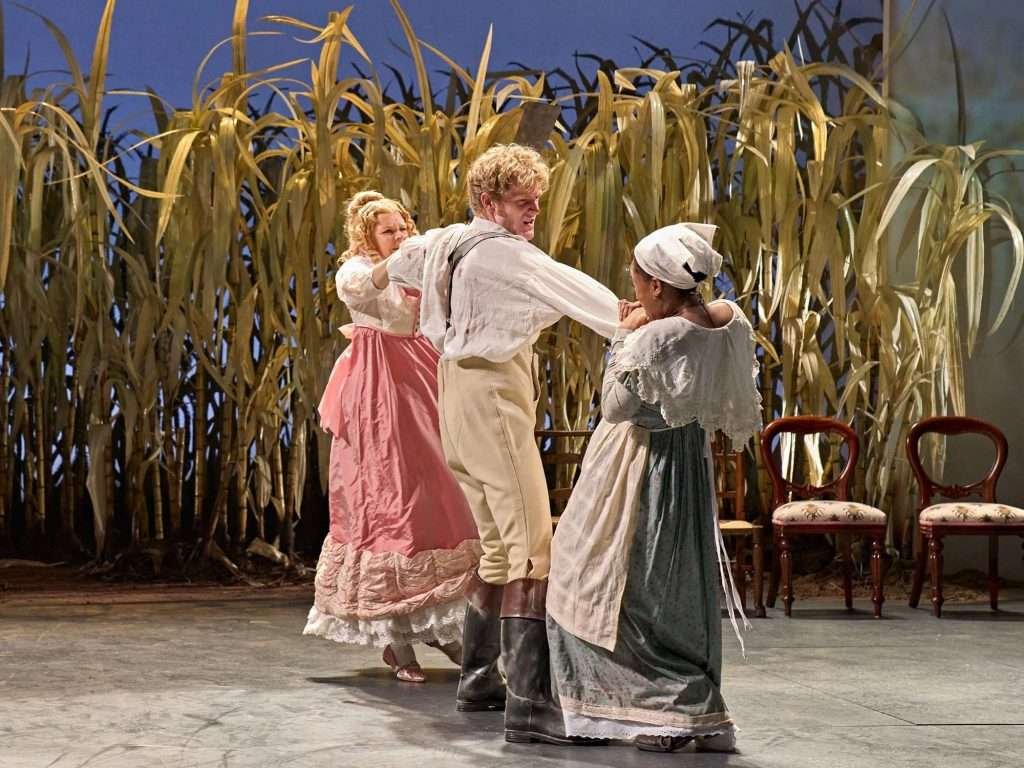 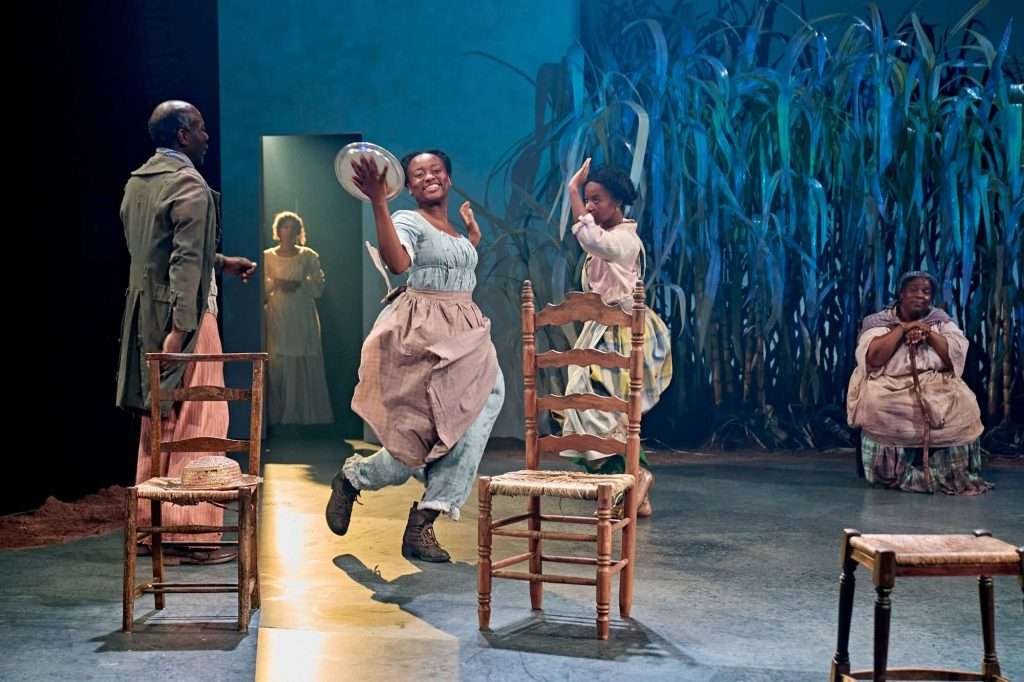 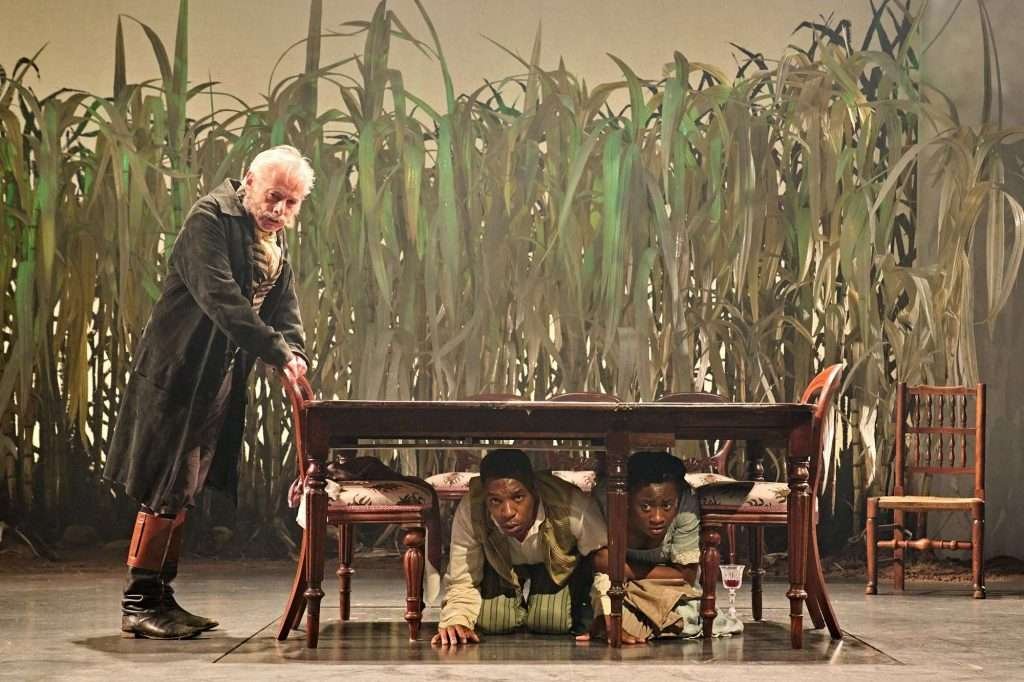 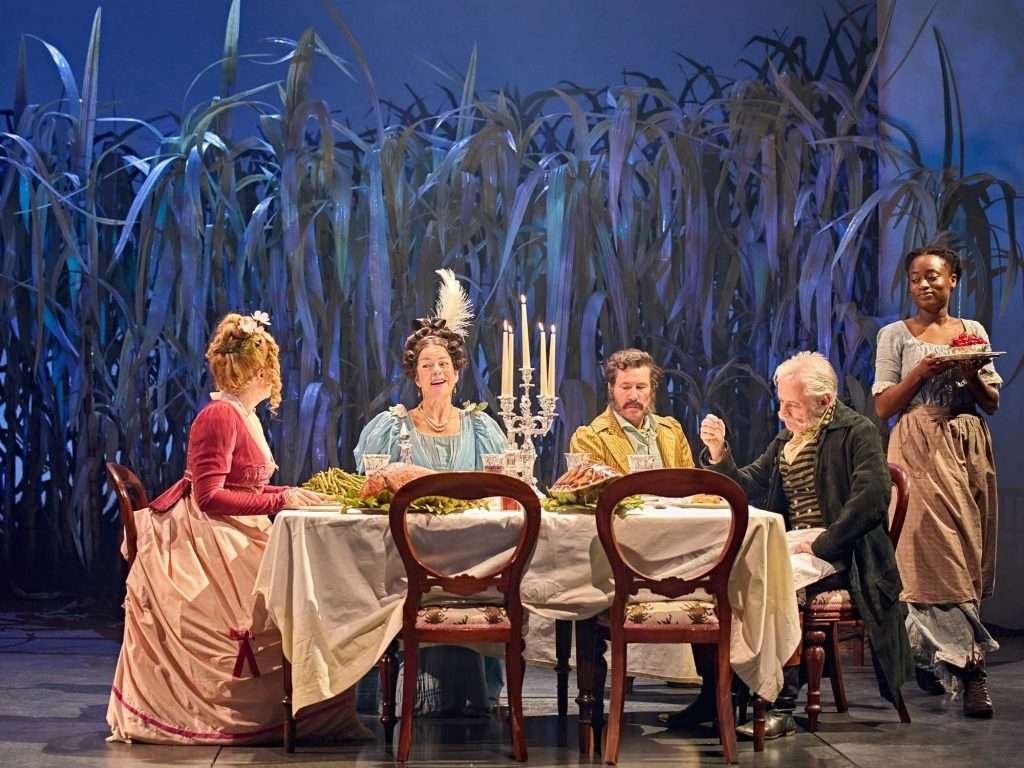 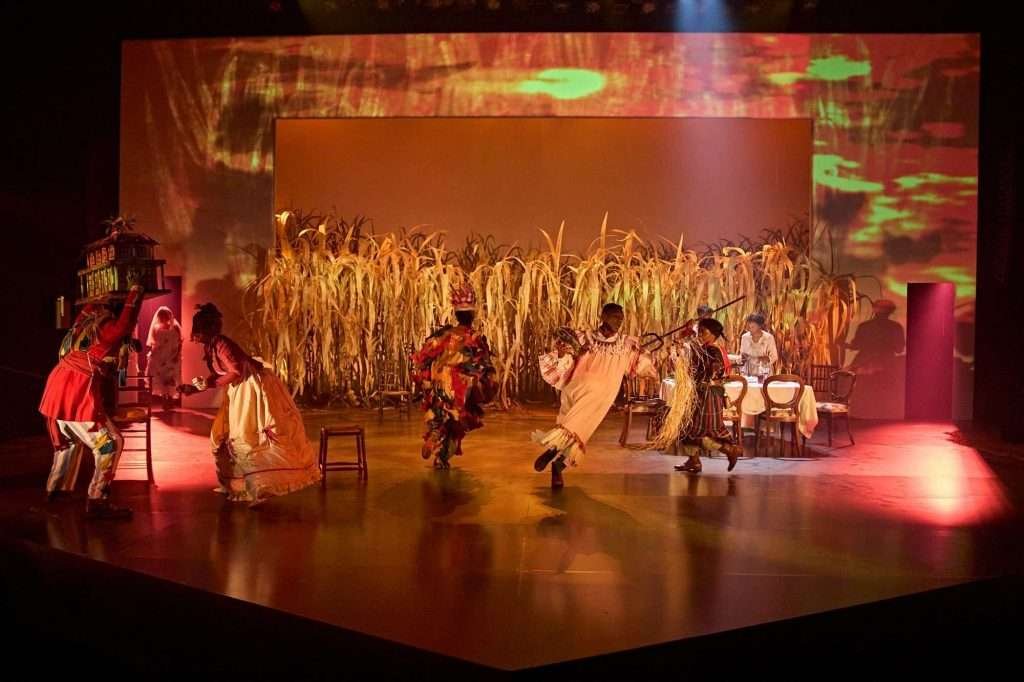 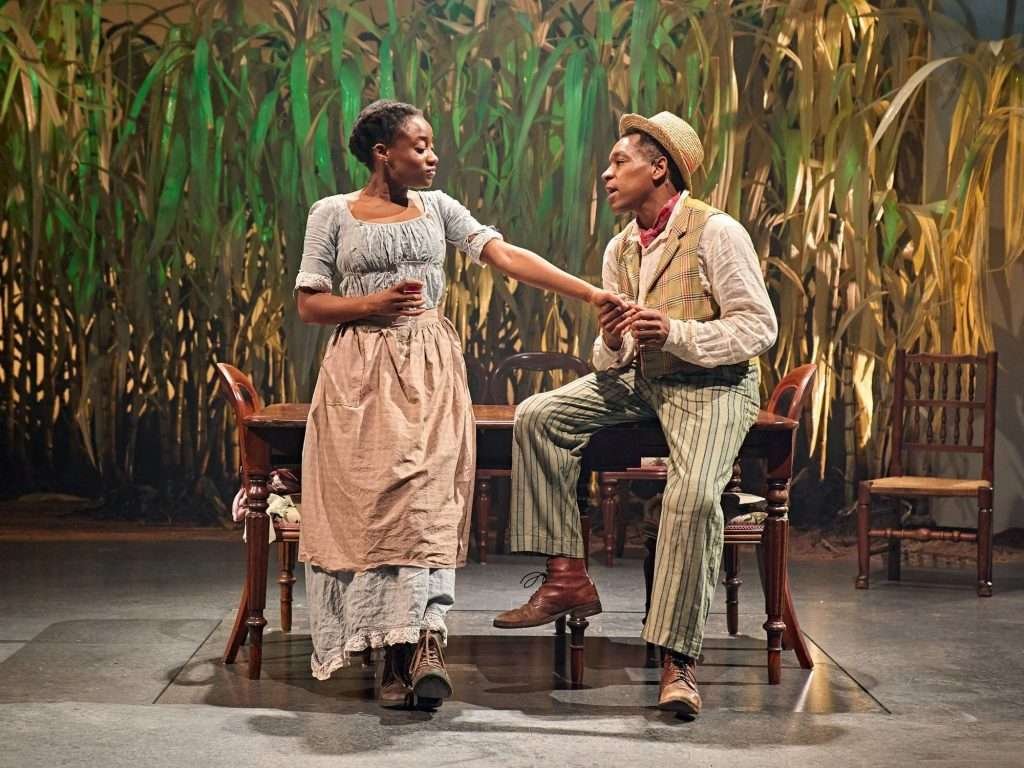